By Patrick Scally in Features on September 3, 2014 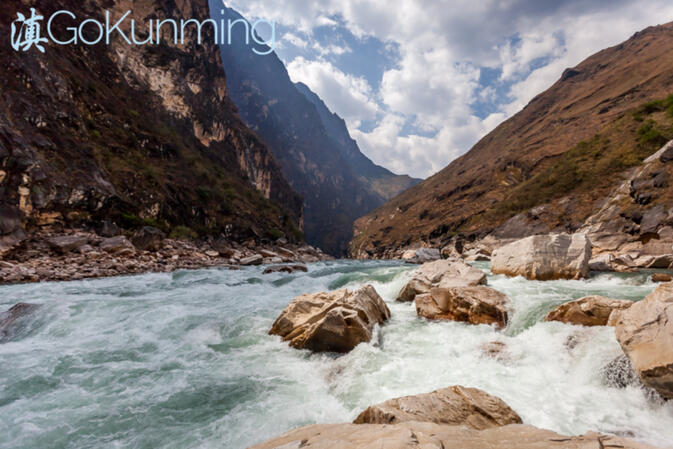 Editor's note: The following article was originally published on website chinadialogue (requires proxy) in 2013, but remains relevant to an array of issues facing Yunnan today. It is reposted here in its entirety.

The documentary film Waking the Green Tiger describes how the media, NGOs and locals joined forces to block construction of a dam at Tiger Leaping Gorge on the Jinsha River in Yunnan — a campaign seen as a turning point for China's environmental movement. After their recent success in winning Phoenix TV's Green China prize for documentary-making, chinadialogue assistant editor Zhang Chun interviewed the director, Canadian filmmaker Gary Marcuse, and Shi Lihong, an independent Chinese producer who helped make the film.

Zhang Chun (ZC): Why did you decide to make this documentary?

We chose Tiger Leaping Gorge for two reasons. The first week I came to China to start research I met some of China's leading environmentalists: Wang Yongchen, Ma Jun, Liu Jianqiang and Yu Xiaogang, who were all part of the Tiger Leaping Gorge campaign. They told me about the gorge, and that Liu Jianqiang's article about it in Southern Weekend had quickly led Wen Jiabao to put a hold on the project. Yu Xiaogang [director of Yunnan-based NGO Green Watershed], showed me the documentary Voice of an Angry River, and I loved the way it had been shot. Later I met Shi Lihong, the director of that film, and heard how since 2004 she'd been recording local opposition to dams on the Nu and Jinsha rivers, and that very valuable footage made Waking the Green Tiger possible.

China has built or is building about 20,000 dams, almost completely without opposition. But at Tiger Leaping Gorge, the perfect spot for a dam, it abandoned its plans. For me, Tiger Leaping Gorge is hugely significant for the country's environmental protection movement. 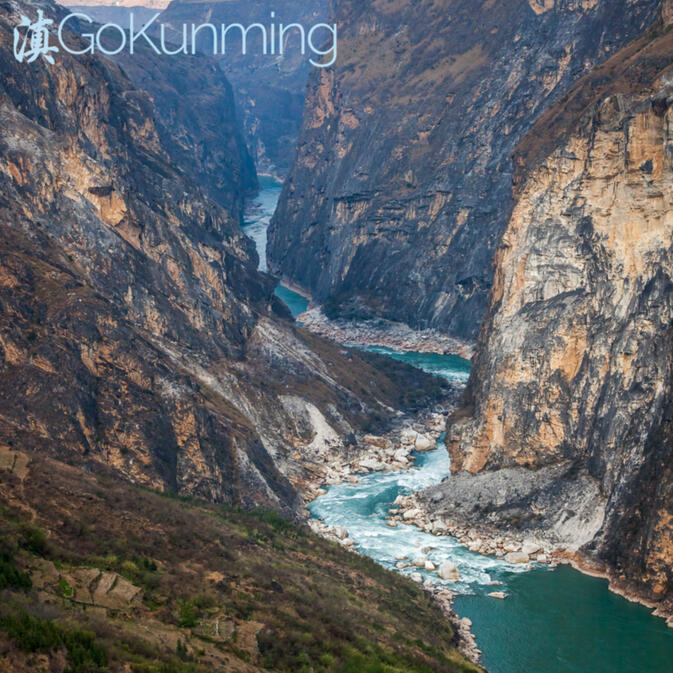 ZC: Some of the historic footage in the film, such as that of the land reclamation at Dianchi Lake near Kunming and the campaigns to eliminate pests and scare off birds, had never been seen before. How did you get hold of this and use it in your film?

Shi Lihong (SLH): That's all historical material. Some we bought, some we obtained though special channels.

Waking the Green Tiger has two themes: the campaign to save Tiger Leaping Gorge, and the history of environmental awareness in China. This covers the shift in attitudes from the 1950s approach of 'man conquering nature' to the focus on environmental protection at the turn of the century. We can see how the Chinese treated the environment back in the 1950s — huge campaigns to produce more steel, reclaiming land from Dianchi Lake and national mobilizations to kill off the sparrow population.

ZC: And how have Chinese attitudes to the environment changed over the decades?

GM: The changes have been on two different levels. First, government policy has changed. In the 1960s and 70s the government saw nature as something to be conquered, with economic growth given priority. Then the government started to give the environment more importance.

The second change was that the public started to protect its own interests. In the 1970s the public might not have agreed with government policies but nobody dared say so. But after 2004 the public were able to speak. The introduction of the 2004 Environmental Impact Assessment Law was an irreplaceable part of that. 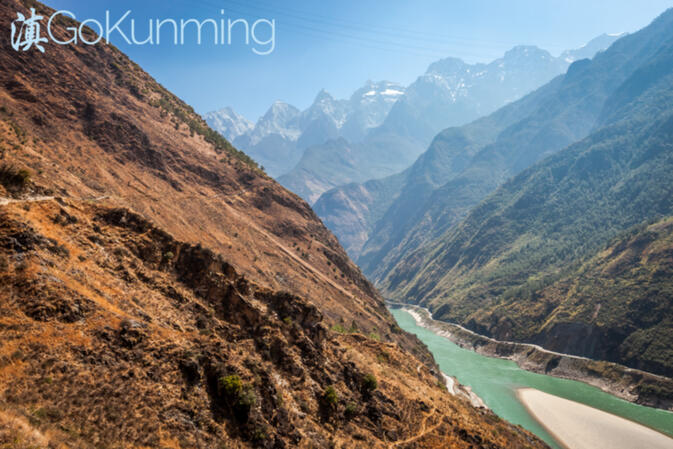 ZC: How was the film received globally?

GM: The film was shown from September 2011 in 30 different countries, including Canada, the US, Brazil, Malaysia and India, winning ten major prizes.

The film was also popular among the public, as it describes a popular movement and the stories of ordinary people. One reason for its popularity is that people overseas don't understand China – they usually just know about the government's official policies and actions, but this was different. More importantly, they saw that China is able to protect its environment though a popular movement, and that was very encouraging.

In countries like Cambodia and Vietnam, this was something new and even hard to imagine – but they face similar problems, and so it was also inspiring. One Malaysian environmentalist, Cynthia Chong, wrote to me to say that she hoped to translate the film into her own language to widen its reach. She is from Sabah in the Malaysian state of Sandakan, and showed the film at a meeting of the Southeast Asia Renewable Energy People's Assembly, a network of about 80 NGOs. Currently ten groups of volunteer translators are working on different language versions.

One participant said that "the film doesn't tell us if we should build dams or not – it shows us public participation and the possible outcomes, and the meaning of democracy." 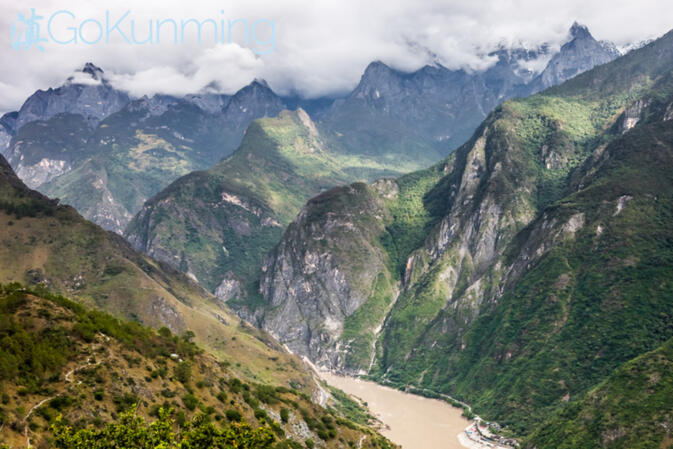 ZC: What about the public's right to know, as a factor in the environment movement? For example in the film we saw that many of the locals did not know what was going to happen.

SLH: The fact is that the public had no right to know. Xiao Liangzhong was an anthropologist who grew up on the Jinsha and understood the importance of the natural environment and the culture there. He knew how much damage a dam would cause, so when he learned construction was getting started he helped inform the other locals, and via the media and NGOs brought the news to the wider public.

Xiao died the following January, so some of us academics and NGO workers helped by putting together a dossier on Tiger Leaping Gorge, including the UN Declaration on Human Rights and central government documents on the right to know, as well as media reports. And we handed that package out to the locals.

What about public awareness there now? There's one old lady there who started watching the provincial and national news every day, and got her son to order the People's Daily for her so she could read about policy changes. They also came to understand that the developers and the government weren't the same people, and that made them harder to fool.

Just like Xiao, they came to realize that "even if you filled the gorge with gold it wouldn't be worth the loss of the river or our homes." 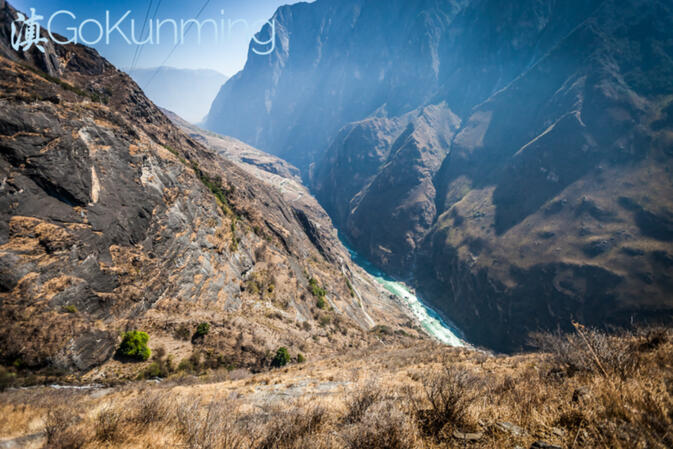 I agree. Tiger Leaping Gorge is something that can't be replaced or compensated with any amount of 元.