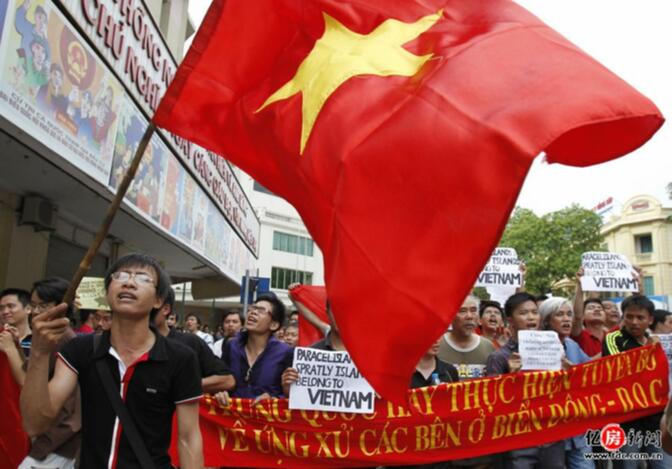 Both Beijing and Hanoi announced this week they had agreed to compensatory terms following anti-China riots that broke out earlier this year in Vietnam. Monetary sums were not disclosed by either side. However, Chinese media is characterizing the development as a step in the right direction following a months-long "sour patch" between the neighboring countries.

Characterizing the accord in terse terms, Chinese Foreign Ministry spokesman Hong Lei released a statement saying, in part, that Vietnam had expressed "sadness at the injuries and deaths of Chinese workers". Hong was referring to violent protests which began in several southern Vietnamese cities in May after China deployed a US$1 billion oil rig to a disputed region of the South China Sea.

During the riots, two Chinese nationals were killed and hundreds of factories, many of them owned by Chinese companies, were vandalized and looted. Thousands of Chinese workers fled Vietnam in the wake of the unrest as international relations between the two countries reached a low point not seen since the the Sino-Vietnamese War in 1979.

Monday's announcement that the "Vietnamese side [has] expressed their regrets" perhaps signals that once-simmering tensions between the two countries are now easing. Shortly after the monetary agreement was announced, Vietnam dispatched a special envoy to Beijing in an effort to further normalize relations.

At issue are a wide variety of issues on both sides, central amongst them being China's claim that it controls nine-tenths of the South China Sea. The watery expanse is believed to hold enormous untapped oil and gas reserves in its seabed. It is also strategically important to a host of countries as one third of all the world's ocean-going cargo transport passes through its waters.

Although the South China Sea dispute will likely not be resolved any time soon, officials from the two countries meeting in Beijing will undoubtedly discuss bilateral trade. China and Vietnam exchange US$50 billion in goods and services annually, but many major industries, such as agriculture and tourism, have been hard hit since the events in May.

China didn't like it when Vietnamese people burned their factories, yet it was so much like last year when Chinese people burned any business that was Japanese. Did China pay for the damages?

I think the destruction in Viet Nam was more serious. However, it's also true that many of the Chinese who suffered were Hong Kongers and Taiwanese, not Mainlanders.