By Patrick Scally in Travel on September 5, 2014 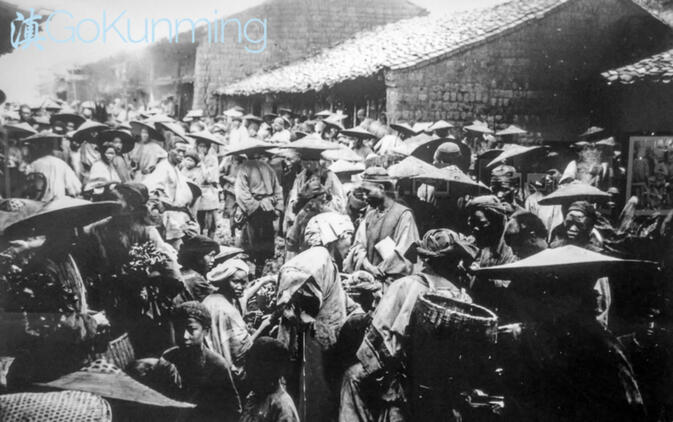 All too often, museums in Yunnan suffer from...well...a lack of follow-through. This appears to be changing, and quickly. First, the Kunming Railway Museum underwent a 60 million yuan (US$9.6 million) refurbishment and reopened in May 2014 as a vastly improved facility. After five years of ponderously slow renovation, the Kunming Museum followed suit and opened again to the public earlier this year.

Boasting a large collection of millennia-old bronze pieces, displays full of antique porcelains and fans, and a truly stunning photography exhibit, the museum is well worth an afternoon. While not necessarily world class, it is now easily the most impressive and extensive museum the Spring City has to offer. 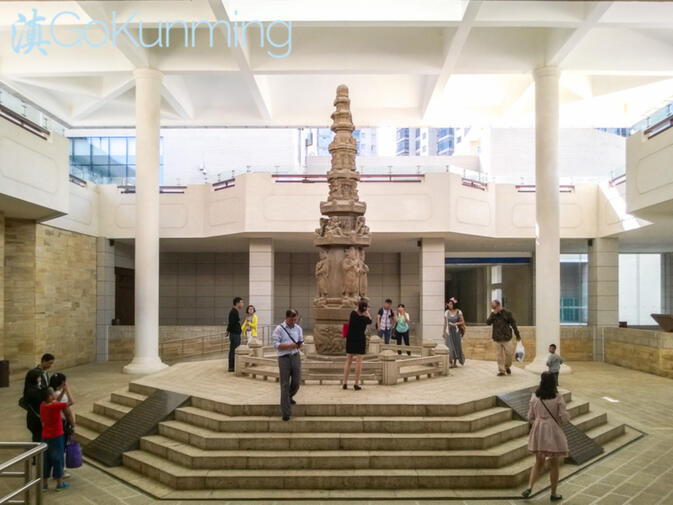 The main entrance to the museum gives way to views of a towering six-meter pillar set atop a dais in a sunken display area. It is an impressive example of jingchuang (经幢) — hexagonal monoliths carved with Buddhist imagery and inscriptions of holy sutras. The obelisk was carved from sandstone during the Kingdom of Dali, which ruled much of modern-day Yunnan and parts of Southeast Asia from 937 to 1253.

Three hundred depictions of Buddha and his attendant bodhisattvas adorn the pillar, which also contains holy etchings in Chinese and what appears to be an ancient Tibetan script. Many of the glowering faces staring out from the obelisk strongly resemble deities carved into the grottoes of Shibao Mountain outside of Shaxi. 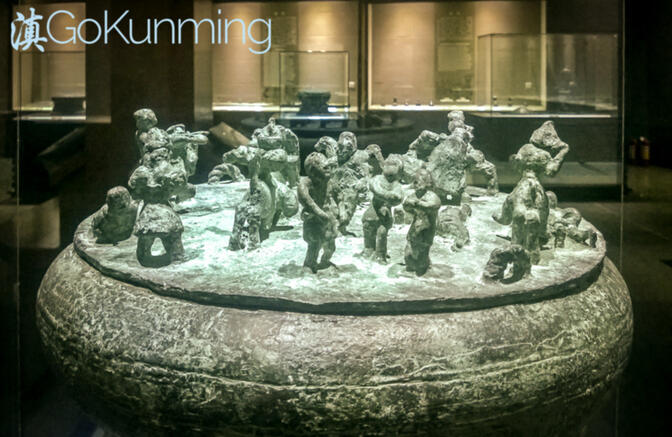 To the left of the main foyer, past a diorama depicting Kunming as it looked when it was a walled city, sits a gallery devoted to Yunnan's Bronze Age cultures. The room is kept quite dark and most of the limited light comes from the displays themselves. Commonplace relics such as adzes, arrowheads and bladed weapons sit together in large cases that make up the majority of the collection.

However, many of the largest and most impressive pieces are housed in stand-alone glass displays. These include bronze drums, vessels and gold jewelry wrought more than 2,200 years ago by people living along the shores of Dianchi Lake. One interesting attraction set apart from the rest is a recreation of an archaeological excavation pit at Shizhai Mountain in Jinning County. 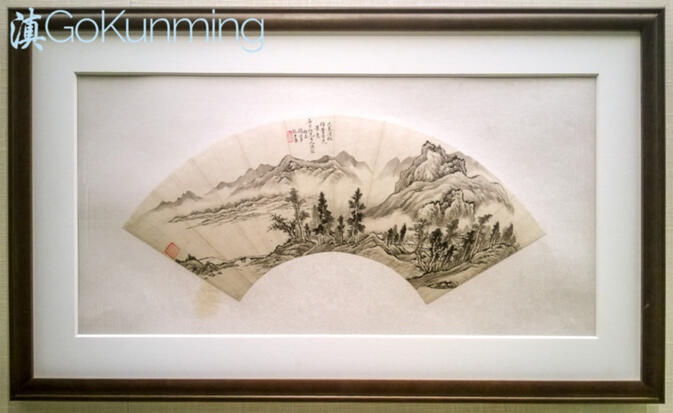 Heading back through the lobby, past the obelisk and down a large hallway, one comes to a wing of the museum dedicated to the art of ornamental fans. The entire collection dates from the Qing Dynasty and many of the pieces are donations or are on loan from local collectors.

The fans display just inside the exhibit door mimic the art of landscape scroll paintings, some depicting sprawling mountain landscapes, while others are simple studies of tree branches or flowers. Still others are adorned with calligraphy — ranging from the ornate to the nearly illegible — and offer a window on the vast range of Chinese handwriting. 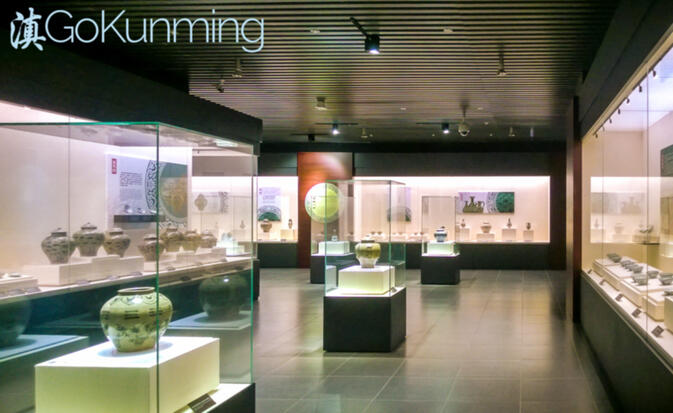 The fan room gives way to an incredibly well-explained assemblage of Qing Dynasty porcelain. Placards throughout most of the museum are bilingual, and while sometimes amusingly worded, they are generally informative. Explanations in the porcelain section, however, are generally more detailed that in other wings.

They not only explain how ceramics were traditionally fired, but also how artisans produced their desired hues of blue when adorning tea pots, bowls and urns. Also explored, although not in depth, are the innovations in both kiln design and experimentation in the use of color that occurred during the Ming Dynasty. 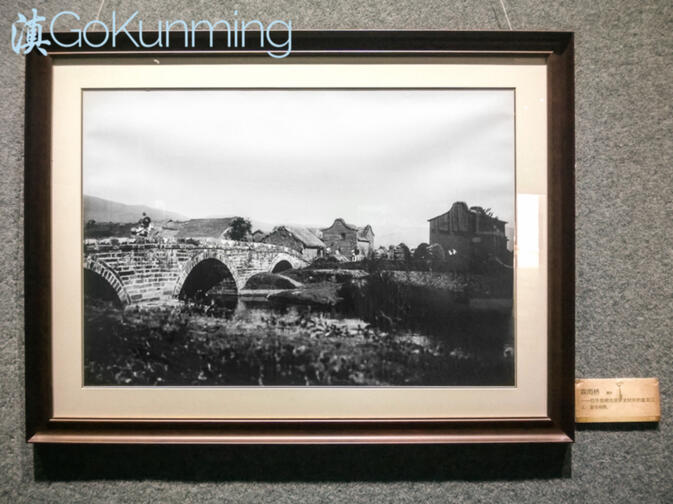 Up a set of wide stairs is perhaps the most accessible, and certainly the largest, space in the museum — the photography exhibit. The photos on display number more than 100, and do a truly wonderful job of chronicling nearly all aspects of life in Kunming at the turn of the twentieth century.

The photos were taken by Auguste François, French consul in south China between 1896 and 1904. His images show the everyday — him playing with a pet leopard at his villa, portraits of the rich and poor alike, market crowds and scenes from the Yunnan countryside. They also reveal just what has been lost over the past 100 years and how drastically culture has changed as Kunming, and China, have grown and modernized. 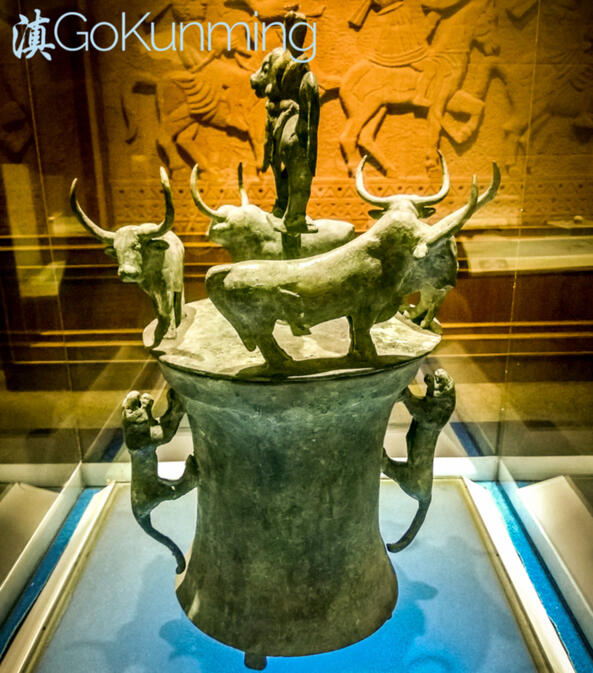 Also occupying the second floor is what appears to be a tea house, although when we visited no staff were present. Nonetheless, there are comfortable chairs and shady umbrellas available on a veranda that overlooks the Dali obelisk below.

Eventually, a museum expansion adjacent to this space will house a dinosaur exhibit highlighting the myriad prehistoric finds unearthed in Lufeng and other parts of the province. As of this writing, no completion date for this wing of the museum has been announced. 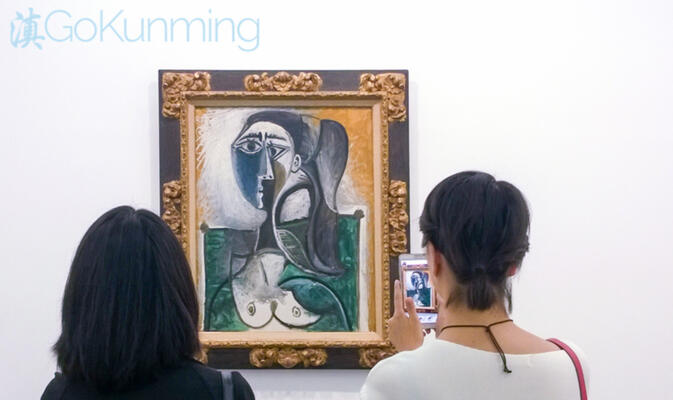 Beginning in July, the Kunming Museum opened a showcase of paintings entitled The European Avant-Garde. It features works by Picasso and Rodin, as well as many other artists active in the mid-twentieth century. Thirty works are on display and they do a good job of showing the diversity and range of avante-garde experimentation.

Tickets to this section of the museum cost 30 yuan and can be purchased at the information desk outside the Bronze room. Photography with traditional cameras is not allowed and security guards are quick to discourage it. Camera phones, however, are perfectly fine for some reason. The European Avant-Garde concludes its Kunming run on Wednesday, September 17. 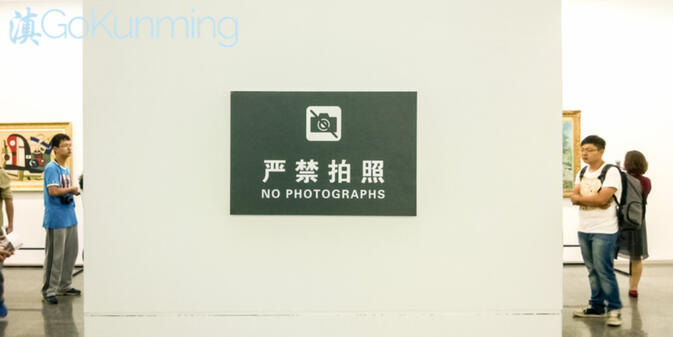 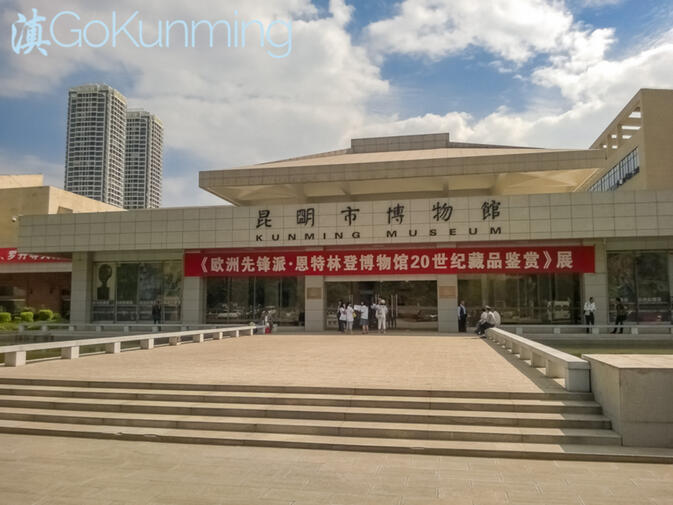 Great update and pics. Museum does look much nicer.

Classic, big "NO PHOTOGRAPHS" sign, and the previous picture you have a girl taking a pic of a picasso! Is this the museum across from the PSB where everyone has to go to get their visa's done?

@blobbles, classic-er would be someone taking a photograph of that whole scene.

We went today and really enjoyed it! It was not terribly child-friendly, but we're huge nerds and read everything so our kid got bored. If the fossil exhibit opens soon, I'll be sure to take her back.