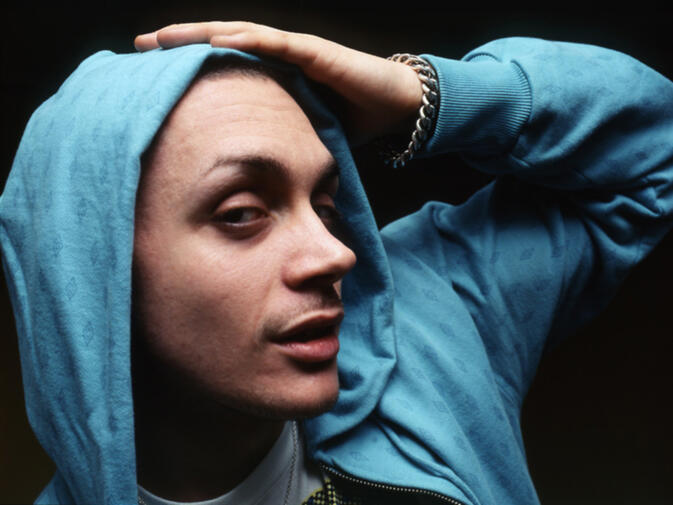 This Friday night, August 29, the man who Pharrell Williams called "one of the best beatboxers in the world" will take the stage in Kunming. For more than a decade, England's own Killa Kela has been blowing up clubs around the world with his multi-vocal stylings. He will play a free show at Vervo Club & Bar beginning at 10pm. The event is sponsored by Vervo, Electric East and Budweiser Storm Festival.

GoKunming chatted with Kela via email recently as he made his way to Kunming. Our conversation touched on his influences, what fame has meant to him and beatboxing in the toilet.

GoKunming: Take us back to the beginning. You're a small kid in West Sussex, England, and you get into hip-hop. How? Where did the exposure come from?

Killa Kela: MTV, to be honest. It was the only portal to it I had. And even then, I had it recorded on VHS from my next door neighbor. Then there was a magazine called Hip Hop Connection and a small record store near where my Nan lived called Across The Tracks, which was actually owned by DJ Krafty Kuts...I was 13 when I met that guy, and he used to sell me my import records, would you believe it?

GK: How did you originally choose beatboxing over, say, simply rapping?

Kela: I didn't choose it. I'd been making sounds while playing with my toys since I was about seven years old. I was a big metal fan at around ten or 11 years old... still am. But when I heard Public Enemy, when I was about 13, that was IT! I wanted to rap, write Graff, do everything I could lay creativity to.

Kela: Yep. No matter who you are, the first stuff that hits you as a kid will always be the best. My earliest influences were Motörhead, Guns N' Roses, AC/DC, Metallica, Public Enemy, NWA, Tribe Called Quest, Nas, The Prodigy, UK Apache and M Beat & General Levi. And they still are. I like music with balls.

GK: When you started out, how did you go about it? If a kid chooses to play the guitar, he can find a teacher at school or hire one. It probably wasn't the case in the late 80s and early 90s with beatboxing, right?

Kela: Ironically, I was too impatient to learn to play the guitar. I play bass now, but back then, I knew I could comparably make beatbox sounds that were decent for my age. You have to understand, I love to find the easiest way to do things. The less learning the better! 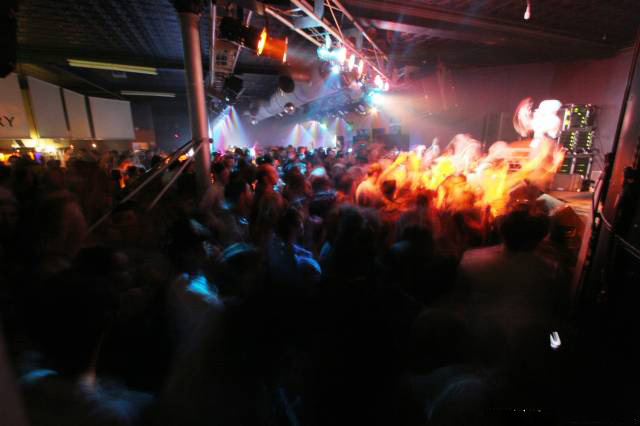 GK: Any funny stories from when you were teaching yourself how to do it?

Kela: No, not really. But I used to practice a lot in the train toilets. An hour up to London in the cubicle, and an hour back. Hard times, but fun times.

GK: So you got better and better, put out records and started getting recognition. At one point you played for the Queen and then in front of tens of thousands at Hackney Weekend. Did you have any trouble with fame as you got bigger?

Kela: Fame is the byproduct, it comes and goes. Then sometimes comes back in small injections. It sometimes comes back bigger depending on what you're doing, or never comes back at all. It's in the mind how you manage it and yourself. I knew I was representing a scene but it wasn't really about me per-say. It was about what I was exposing people to and contributing to.

GK: Your style has been called 'multi-vocalism'. Can you describe it for those that don't know?

Kela: Taking as many vocal disciplines, and applying them to beatbox and other contemporary instruments. Essentially making sounds that no other instruments can make as part of our worlds' musical tapestry.

GK: How has your personal brand of beatboxing, of multi-vocalism, changed over the years?

Kela: It hasn't really. I stick to the sounds I invented. Sounds which no one else combines — at least if they do, they've ripped me off. Which of course happens.

GK: Do you like where hip-hop music is now?

Kela: I can live with or without it to be honest.

GK: Where do you see hip-hop, and beatboxing especially, heading in the future? Is there an Asian influence or invasion coming?

Kela: It will be its most creative time now, particularly for dance, hip-hop and bands. But it still has a long way to go. When I say that, I mean in terms of development and public support. Something I noticed — I've not heard one taxi play music. That in itself suggests there's still a big disconnect, and it will take time to change.

GK: You've played to crowds all around the world. Any favorite venues? 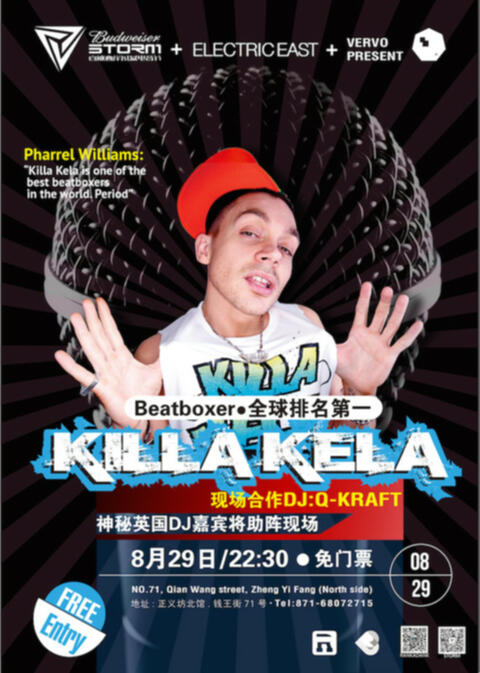