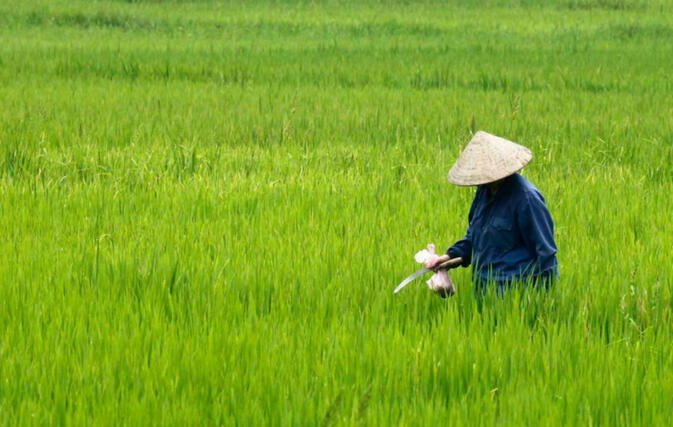 Beijing has banned what trade authorities are calling "unofficial rice imports" from neighboring Vietnam. The move, ostensibly announced as closing a previously existing tax loophole, appears to be specifically targeted at Hanoi and does not affect other Southeast Asian countries sharing a border with China.

The prohibition specifically addresses the overland, cross-border traffic of rice into Guangxi Zhuang Autonomous Region and Yunnan province, both of which share lengthy southern borders with Vietnam. These shipments are often brokered and carried out by individual Chinese brokers who often skirt paying national import levies, according to Vietnamese press reports.

By centralizing bulk purchases of rice, Beijing could stand to generate substantial tax revenues. Two million tons of Vietnamese rice worth an estimated US$800 million were expected to imported through unofficial channels this year before the proscription went into affect. This number represents more than 30 percent of Vietnam's total worldwide rice exports from 2013.

Although billed as a tax collecting endeavor, the Chinese ban has obvious political undertones. Once-strong ties between the two countries have been markedly strained since the deployment of a Chinese oil platform in international waters sparked deadly anti-China riots in Vietnam this summer. Although the oil rig has since been removed, relations have not thawed and the rice import ban may be a way for Beijing to subtly punish Hanoi.

China, which has announced it is attempting to expand its rice import portfolio, announced on Tuesday an agreement to buy 100,000 metric tons of rice from Cambodia. The contract, which went into affect immediately, states the rice must be purchased over the next year. A Cambodian businessman involved in the deal, surnamed Van, told the Phnom Penh Post that Vietnam's loss was Cambodia's gain:

For its part, Vietnam appears nonplussed by the import ban. Sales of rice to other countries such as Indonesia, Malaysia and the Philippines are expected to rise and make up for any money lost because of the new Chinese law. The situation, in some people's eyes, might actually benefit the county's agricultural market. According to Huynh The Nang, general director Vietnamese company Vinafood 2, "The demand from countries other than China for Vietnam's rice is very high now, while the domestic supply is declining."

It's easy to pick on the little guys.