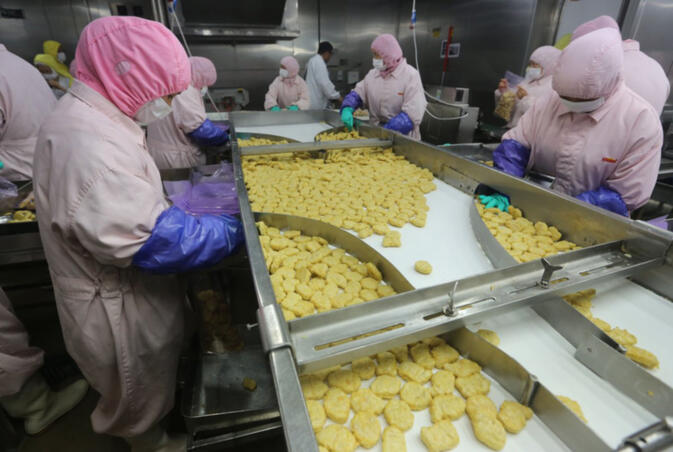 China has been rocked by food scandals in the past, leading many citizens to question the safety of domestically produced food. The ongoing fast food imbroglio involving several Western franchises has now spread that concern outward to include foreign-owned companies with enormous worldwide brand recognition.

Shanghai-based Dragon Television first broke the story of possible food contamination by a McDonald's meat and poultry supplier on July 20. In the days following the television report more accusations surfaced, followed by vehement denials and police seizures as the story threatened to taint all major fast food chains operating in China.

Chinese Food and Drug officials closed down Husi Food's Shanghai meat-packing plant on July 20, cordoning off the facility and detaining five employees — including the company president — pending an investigation. All of the companies that once bought meat or poultry from Husi Foods have pulled products associated with the supplier from their inventories. With the notable exception of McDonald's, those firms have also cut ties completely with the Shanghai company, which is owned by US food conglomerate OSI Group.

Investigations are now underway at OSI meat-processing plants in Hebei, Shandong, Henan, Guangdong and Yunnan. Although several tons of meat have so far been confiscated from shipping facilities in Inner Mongolia, Sichuan, Yunnan and Zhejiang, no announcements have surfaced regarding poor quality, contamination or connected cases of food poisoning.

In Yunnan, 800 kilograms of "allegedly tainted meat" destined for McDonald's and Yum! franchises was impounded on July 23 by provincial food safety authorities. However, on-site inspections revealed no trace of any "suspected problems" according to a Spring City Evening News report.

As the scandal broadens, foreign-owned food companies are scrambling to save face. Many have taken to social media to issue apologies and reassure their customers. Chairman of OSI, Sheldon Lavin, issued an apology July 24, which read, in part, "What happened at Husi Shanghai is completely unacceptable. I will not try to and defend it or explain it. I sincerely apologize to all of our customers in China."

Paraphrased response to the scandal from a local Chinese friend of mine: "It's just the government going after foreign companies. Of course what was happening in the factory was bad, but far worse happens every day in cheap local restaurants and factories supplying local restaurants."

"I will not try to defend it or explain it"

That's bad PR/
He could at least have shown some sympathy and assure they would take measures to combat this is the future. Hmmm, bad news for junk fooders.

Trying to defend or explain it away would be worse PR, as it would look like the old shift the blame game. A favourite tactic in face cultures.

In fairness to OSI, on Sunday they started recalling ALL meat products and withdrawing them from this market.

Ignoring/avoiding to directly respond to an accusation when guilty or shifting the blame are two very Western social behaviours. They've been practicing these for centuries, while speaking only of the positive outcomes.

The OSI guys already know that what works to quickly rebuilt trust in China is to acknowledge the wrongdoing and issue an apology, and that's what they did. McDonalds and KFC on HuanCheng Donglu are already packed with kids on two floors during meal time.

Parents don't want to cook at home. Fast food is too convenient for them. They are 'too' busy adapting the ways of the West. Not surprising that All these fast food restaurants are packed again.

PR 101. Apologize, then find out what happened. It is hard to apportion/accept blame if it is too early to have the facts. If you don't know what happened don't speculate, because if you are wrong it will only come back to bite you. But it is never to early to apologize.

If you don't know what has happened an apology is not an admission of guilt.
From the looks of things OSI have taken action, and are fully cooperating with the authorities to make sure this does not happen again.

As for McD and KFC, they are paying the price for the actions of an unscrupulous supplier. It is unlikely that McD Corp or Yum Brands are in any way culpable. They do not appear to be the villain in this case.
Responsibility ultimately rests with OSI, for poor supervision. There is also the Chinese practice of 'open inspections' (the government inspectors tell you when they are going to visit), and the problem of a legal system where the penalties are not hard enough to be a real deterrent.

True. I guess that's one thing the East and the West have in common.

Also might be difficult to define East & West clearly - what do we do with Japan/Pakistan, or Sweden/Brazil?