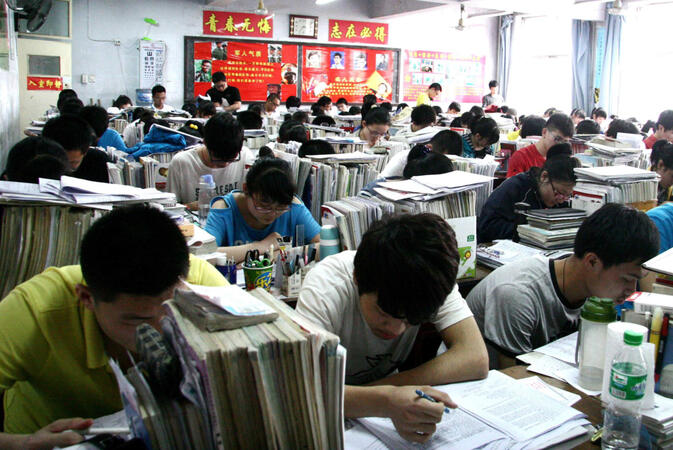 The beginning of June is the most stressful time of year for high school students in China. Following months of preparation, millions of students sit for the National Higher Education Entrance Examination, known in Chinese as the gaokao (高考). For many, the test is the be-all and end-all of their academic lives.

In 2014, the number of college aspirants taking the exam across the country rose for the first time in half a decade. The general trend was also reflected in Yunnan, where higher education is slowly evolving to meet the changing agricultural, economic and environmental needs of the rapidly developing province.

Students in Yunnan who pass the gaokao and are accepted to university can now apply for tuition grants if they plan to major in the fields of agriculture, agroforestry, medicine, mining, teaching or water conservancy. Upon completion of their studies, those receiving degrees will be eligible for varying levels of debt-forgiveness depending on their academic success while at university.

In return, qualified graduates will be required to commit to three years of community service in one of 28 "border counties or Tibetan areas". Although unspecified in media accounts, these regions are presumably located in the province's west and south and are traditionally rural places characterized by poverty and low levels of economic development.

This year's testing period — which was held from June 7 to June 8 — saw 9.39 million students register to take the exam nationally. Of these, 256,000 were students from Yunnan, an increase in the province of eight percent compared to 2013. The rise bucked a five-year national trend of declining numbers of gaokao test-takers. In total, yearly mainland applicants have consistently dropped below ten million since 2008, when such numbers used to be the norm.

The drop has often been attributed to shrinking demographic numbers triggered by the country's one-child policy. Such declines have led to editorials in state-run media fretting about the possible long-term consequences of China not having enough college graduates to fill the demand for skilled jobs.

Service in Tibetan areas, hmm, what does this mean?