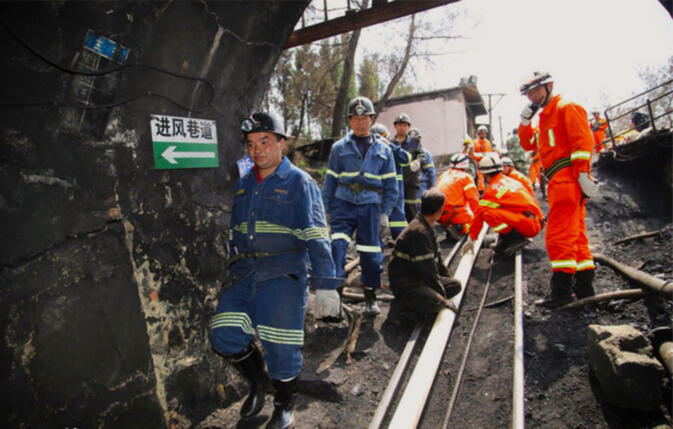 An ongoing investigation into a coal mine accident in eastern Yunnan has seen at least two government officials sent to jail. The men were arrested earlier this week and are awaiting trial in connection with the deaths of 22 miners who died in April when a Qujing mine flooded.

Han Zizeng (韩自增) and Huang Junbo (黄俊波), head and deputy head of mining safety in Gaojia Village (高家村), were incarcerated Wednesday and charged with 'dereliction of duty'. They will be tried by the Yunnan People's Procurate following the conclusion of an investigation into the disaster.

In total, 11 other local officials have been detained or questioned in the aftermath of the accident which occurred in a rural area roughly 40 kilometers southwest of Qujing. What sentences Han and Huang could expect if found guilty has so far not been discussed in media reports beyond vague mentions of "severe" repercussions. The cause of the flooding has also gone unreported.

When water began to fill a shaft at the Xiahaizi mine (下海子煤矿) on April 8, at least 26 workers were underground. Four managed to escape unharmed. Rescue efforts were undertaken for nearly two weeks and overseen by Yunnan Party chief Qin Guangrong (秦光荣). A reported 500 people manned pumping equipment and assisted emergency workers who repeatedly descended into the the mine in attempts to contact the trapped colliers.

Flood water could not be removed quickly enough and eventually 21 bodies were recovered from the mine. One worker remain unaccounted for, his body still missing in the debris. Although initial media reports claimed the mine was operating legally, it has since been verified it was functioning without a license at the time of the flood.

Only one day after the miners' bodies were recovered, Qujing was rocked by a second colliery accident, this time involving a gas explosion that killed 13. Both incidents came just days after China's leadership announced a program aimed at limiting such disasters nationwide.

Premier Li Keqiang outlined a policy on April 4 wherein the country will close down 1,725 small capacity mines over the remainder of 2014. An estimated four hundred of of those mines are located in Yunnan. The ultimate goal of the plan, according to Li, is to shutter all illegal coal mines in China, as well as those producing less than 90,000 tons of ore per year.

This is good. It's a baby step. Maybe this deter others.

Why do we still dig up and burn rocks for power. Wasn't that two centuries ago?

Notice recent events in Turkey. Carelessness about safety in mines is despicable.