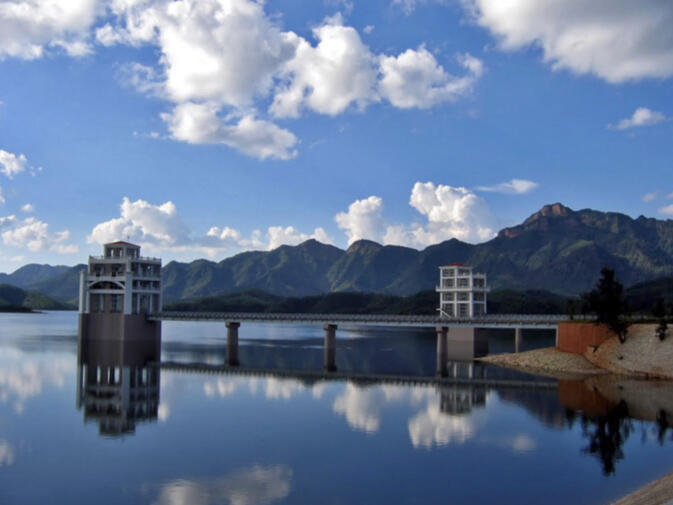 Although it has not been emphasized much in local news reports recently, Yunnan has once again entered its annual drought season. Less acute than years past due to expanded water storage capacity, a dry start to 2014 has nonetheless left hundreds of thousands of people and animals around the province without access to adequate amounts of drinking water, according to the Yunnan Civil Affairs Department (YCAD).

Average rainfall in Yunnan so far this year has amounted to 73.8 millimeters. Such totals are 39 percent less than historical averages and well below tallies for the first four months of 2010, 2011 and 2012 — all of which were characterized as severe drought years. The lack of precipitation is especially severe in Baoshan, Chuxiong, Kunming, Lijiang, Pu'er, Qujing and Yuxi, YCAD is reporting.

In total, 102 small rivers and streams have reportedly stopped flowing entirely and 69 minor reservoirs have reached 'dead levels', meaning water levels are too low to be made useful without pumps. Nearly 1.2 million people are doing without sufficient drinking water, as are 625,000 farm animals. The YCAD report estimates the drought has this year affected 190,000 hectares of agricultural land, causing farmers economic losses of 373 million yuan (US$59.8 million).

The provincial government has pledged 223 million yuan (US$35.8 million) to help combat the drought. Much of this money will be put toward digging new wells in affected areas, while in the meantime using 20,000 trucks to ship water to the places most affected. Farmers, some of whom may lose their entire spring crop, can also apply for government assistance.

Yunnan authorities have spent billions of yuan over the past several years construction small village reservoirs and expanding and updating larger facilities that service cities. Officials admit that the drought so far in 2014 is "severe", but credit increased storage capacities across the province with stymying a situation they say would otherwise be much worse.

Small reservoirs are said to currently be 86 percent full. Although some larger storage facilities, such as Yunlong reservoir in the province's far west, contain lower water levels than at any point in the last seven years, officials remain confident water currently held in storage will see major cities, including Kunming, through until the rainy season begins. Combined, major reservoirs in Yunnan currently contain five billion cubic meters of water, perhaps enough to stave off the water rationing practices that have characterized the past several years.

They don't do enough locally. Shut the car washes if the drought is that severe. Seal up all the leaking hydrants. I see waste all over.

Back to this again....summer is going to be hell.

thought the rainy season had started, obviously got my hopes up :)

All the water wasted on those damn street washers...

As much as I like solar hot water, at least one or more units per rooftop has a serious leak