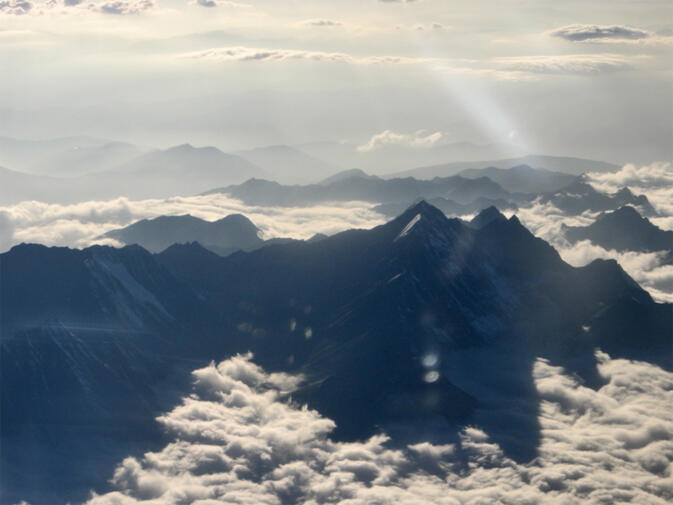 Lost amidst all of the news surrounding Russia's annexation of Crimea is an oddly similar story coming out of western China. On March 28, survey teams from Yunnan province traveled north into what once was Sichuan, demarcating new boundaries and vastly enlarging Yunnan's territory.

The recently expanded border follows the northern twenty-eighth parallel for 250 kilometers, adding a triangular wedge of land covering roughly 27,000 square kilometers to Yunnan. The annexation includes the entirety of Panzhihua and most of Liangshan prefecture. The new border is marked by sticks in the ground connected by pink bunting that reads "This is Yunnan". In addition to losing land, Sichuan's official population has now dropped by nearly six million people.

The move was undertaken, according to Yunnan officials, not for economic or political gain, but to right an old wrong. Director of the provincial Bureau of Geographic Boundaries, Yu Renjie (愚人节), spoke to reporters to announce the move on Saturday:

Look, it's simple. Yunnan means 'south of the clouds', and by examining the historical record and analyzing prevailing weather patterns, we determined the clouds stop at the twenty-eighth parallel. Therefore, according to the rules and regulations of the People's Republic of China, those areas are, and always have been, Yunnan's.

Residents of the territory, who until a few days ago had been Sichuanese, were taking the new designation in stride. "It makes little difference to me, although I might miss the pandas. They do have huajiao here, I suppose. That's the most important thing", said a man surnamed Hun (诨) from the newly Yunnanese city of Xichang (西昌).

In Beijing, the border shuffle was met with confusion by officials in charge of monitoring China's territorial integrity. When asked about Yunnan's recent enlargement, chairman of the National Office of Internal Management responded:

Yunnan? That's the one in the south bordering all those little, tiny countries, right? The province where people have tails, talk funny and everyone rides elephants? I'm thinking of the correct place, aren't I? We don't really care what they do down there as long as they keep sending us their delicious fruits and vegetables.

Officials in Sichuan said they were sad to see a chunk of their province disappear but could not find any holes in Yunnan's territorial argument. The lost land may soon be replaced, as authorities in Chengdu say they have had their eyes on a particularly charming part of Qinghai for some time.

I just came back from there, you didn't mention anything about the referendum (which us Kunming people were sent to make sure the vote went the correct way)

Who ones has been to Panzhihua will understand that Sichuan will be happy to get rid of it. Compared to Panzhihua, Anning and Kaiyuan looks like eco resorts.
I am pretty sure that by the second of April the land will be returned to Sichuan ;-)

Hope the Chairman of the National Office of Internal Development was joking. Another reason to be south of where the mountains are high, with the emperor far away.

I heard the extra 10% was added because they mapped the sides of mountains as total area. You can see how this happens when, a 3:4:5 triangle shaped mountain is usually mapped as having an area of 4x width, however it is now measured in Yunnan as 5x width. Elementary, and I think a better explanation!

Is this perchance an April Fool?

April Fools' jokes aside, there is in fact a piece of territory which reminds me of this story. The Jinsha (Yangtze) River usually forms the boundary between Sichuan and Yunnan. But one little piece of Yunnan's Yuanmou County (Jiangyi Township), juts up north of the river, seemingly annexed out of Sichuan.

A glance at any map of Yunnan that shows the rivers clearly indicates that there are 2 not-so-little parts of Yunnan north of the Jinshajiang.

Note: I'm pretty sure this article is an April Fool's joke.

Actually, weather wise Panzhihua and Liangshan are closer to Yunnan than Sichuan. Also, I thought the Russia annexing the Crimea part was really funny.