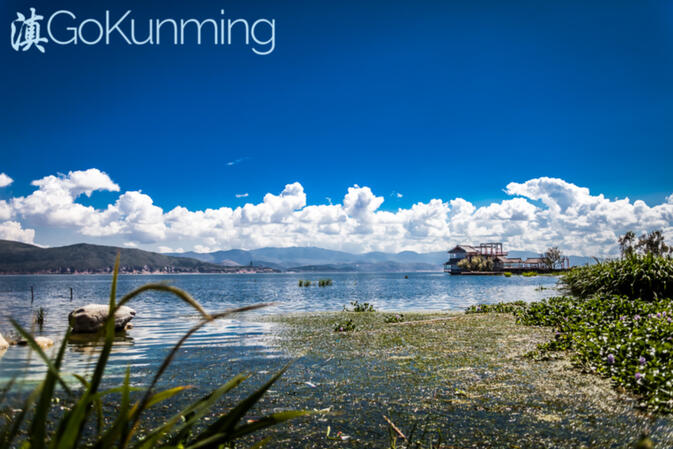 A view of Erhai Lake from wetlands near Cai Village (才村)

Yunnan's top legislative body is considering the overhaul of long-standing laws governing development of one the province's premier tourist destinations. Yunnan Standing Committee members are currently holding deliberations on a bill that could expand provincial-level oversight of how Erhai Lake (洱海) and its surrounding watershed are managed.

Enacted in 1988, the 'Dali Erhai Regulations' were the first area-specific laws of their kind to be implemented in the province. The statutes have been amended twice, once in 1998 and again in 2004. Amendments were made because the previous laws were considered to be "failing to keep up with economic development" and containing "unclear conservation objectives", according to a Yunnan Net report.

Under consideration is whether development oversight of the province's second largest lake and its catchment basin should be placed under the purview of provincial officials in Kunming. Such responsibilities currently fall under the ourview of 14 local townships and municipalities, including Xiaguan (下关), Shuanglang (双廊) and Xizhou (西洲).

If approved, the new regulations would give provincial leaders control over several key aspects of how the watershed is governed. They would include supervising the lake's water level, enforcing illegal dumping laws, setting and overseeing fishing seasons, licensing boat traffic and monitoring the progress of all private construction projects near the lakeshore or on the banks of its major tributaries.

The legal changes proposed in Yunnan echo recent moves by national lawmakers. Beijing recently decided to place management of the entire Yangtze River Basin under the control of the National Development and Reform Commission. No clear timetable has been announced regarding a final decision on the Erhai proposal.

However, deliberations on the legislation may be sped up as a story concerning Erhai Lake water contamination has become national news and a popular topic on social media network. Pictures circulated on WeChat earlier this week revealed a large section of the lake had turned an unnatural grayish-white color, leading people to refer to Erhai as niunai hai (牛奶海) — or 'milk sea'. Prefectural environmental protection authorities have apparently given themselves ten days to isolate the source of the pollution and clean up the befouled area of the lake. 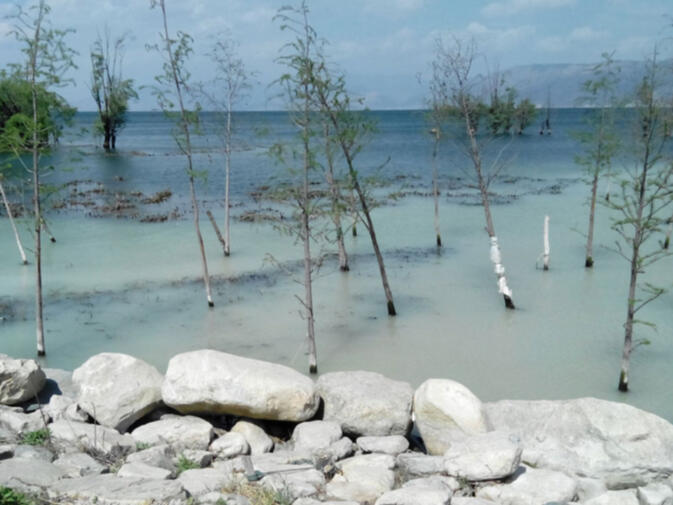 Untreated wastewater is currently clouding the waters of Erhai Lake

Throw in a few Casinos more and some Tigerwine there to satisfy the investors gluttonous hedonism, and let the People have the Peace with surroundings.

Seems necessary - purely local administrations are unlikely to consider the effects of their actions on areas under other local administrations. On the other hand, if this just means Kunming-based Yunnan administrators making all decisions for local inhabitants without their consultation it will likely not work, or will lead to other problems. But something does need to be done about Erhai.

Licensing boat traffic may be a minor part of the lake's water quality but it has to be the most corrupt sector of ErHai's management officials.

Er Hai's management forbids all boat traffic except the huge cruise ships, obviously a bribe from the later's owners to corner the tourist market.
This has a considerable negative effect of Erhai's tourism growth.

Local residents and fishermen loose out on income while the rich and the connected get richer.

Mao must be turning in his grave to see all this corruption.

Its one of President Xi's new policies that local governments are being downgraded with more direct reporting to the Provincial government.

The idea/theory is that with a more direct governance that things are managed more efficiently. The only question is ask is if the Provincial government can grow fast enough to absorb all this new responsibility.

From March this year they already have taken direct control of the previous suburbs of Kunming; Anning, Songming and DaBanqiao.

When Qiu He left the city government to the provincial government he probably knew this coming.

I was there a few months ago, and there was a lot of new guest houses built right along the lakeside road. Some of the pollution will be from run off of cement and dust. I am not sure what the white pollution is/was, eutrophication usually results in higher than normal concentrations of blue green algae, and we all know what that can look like (pea soup).
If lakeside hotels are flushing waste into the lake that is bad for nutrient levels in the water.

Actually, I can see the rationale for moving control to Kunming, the governments around ErHai are more likely to be influenced by local pressures and interests. Lets hope for more transparent management with less self interest. Here's hoping.

Established residences and hotels need to have sewage holding tanks which could be pumped / sucked out via trucks with pumps. It's an existing technology which is another economic boost for local small business growth.. I dont mind if the cost of hotels in the dali area would go up if it really meant the sewage would be dumped in a proper treatment pond somewhere outside the Erhai catchment basin.

The same needs to be done with Fu Xian Lake..
In my opinion, Fu Xian lake is much more important. The lake is fed by huge underground rivers flowing from the north of Yunnan and the Tibet plateau, quite unique on this planet for it's sheer size.

Fu Xian is an impressive jewel of crystal clear water which needs to be protected from corruption and greed.

The reporting is pretty lovely, isnt it: