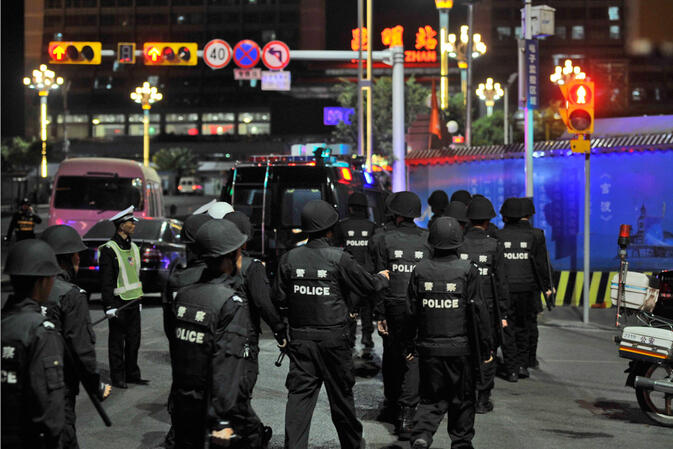 Chinese state-run media is reporting all suspects believed to have taken part in a brutal attack on civilians at the Kunming railway station have been arrested or killed. Initial reports put the number of perpetrators at ten or more, but that number has now been scaled back to eight.

Four of the attackers were shot dead at the crime scene as police and SWAT teams responded to the assault. A fifth assailant, reportedly a woman, was injured and subdued before being arrested at the train station. Three suspects remained at large for approximately 36 hours before being apprehended by investigators. No details of the manhunt or how, where and exactly when the fugitives were caught have been made public as of this writing.

Representatives of the Ministry of Public Security have stated the group who carried out the train station assault was composed of six men and two women. The statement also identified one of the assailants as Abdurehim Kurban, and named him the leader of the assault. However, whether he is one of the dead or instead is now in police custody remains unclear.

The attack in Kunming, which claimed 29 lives and injured more than 130 others, has been attributed to Uighur separatists from Xinjiang. Chinese authorities maintain flags representing East Turkistan (东突厥斯坦) were found by detectives at the train station, but no specific organization or group has publicly claimed responsibility. 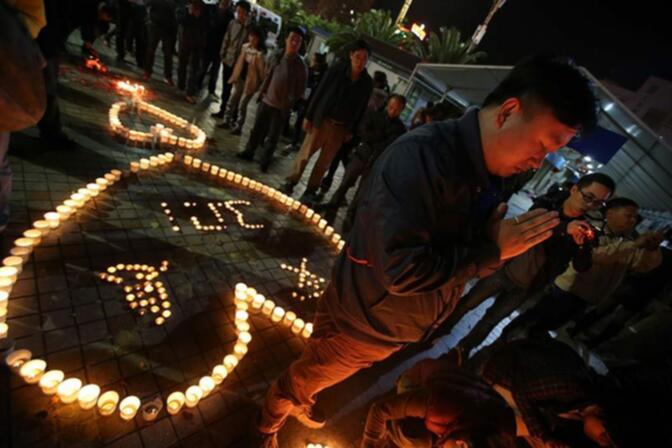 A Xinhua report published March 3, mentions the militant group East Turkistan Islamic Movement (ETIM), who claimed responsibility for a car crash in Tian'anmen Square last year that killed five. However, no direct link between ETIM and the Kunming Train Station attack has been established.

Also on March 3, Chinese leaders meeting in Beijing for the Chinese People's Political Consultative Conference held a moment of silence for the victims of the Kunming massacre. The United Nations Security Council also released a statement condemning Saturday's attack, which has become known across China by its date — '3 • 01'.

In Kunming, people continue to place flowers beside a statue outside the train station and hundreds have attended candlelight vigils for the victims and their families. Security measures have been stepped up at all Kunming transportation hubs, including the train station, hospitals and Changshui International Airport. In addition to SWAT teams patrolling some Kunming streets, many law enforcement employees, including street police and even some normally office-bound workers, have been issued bullet-proof vests and sidearms.

The police were still actively looking for people on the highway out of Kunming today.

Perhaps working under assumptions or evidence that the attackers had conspirators based in Kunming who may now be trying to leave. Though public authoritiess are usually ham-handed on the PR front, it would be a massive embarrassment if they said they had captured or killed all the suspects and it turned out to be untrue—with too little upside to be worth lying about it.

"...street police and even some normally office-bound workers, have been issued bullet-proof vests and sidearms."

Is no one else a little alarmed by the last statement of this article? Just asking.