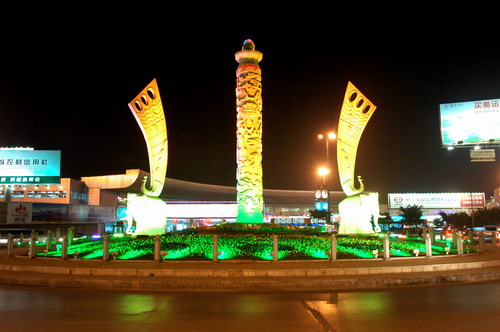 Two news stories with quite different visions for Kunming's defunct airport were published in the Yunnan press this week. One discloses initial plans for a sprawling redevelopment project on the site of Wujiaba Airport while the other reports a provincial official has proposed the now unused runways and terminals be reopened.

City planners unveiled their vision for Wujiaba in the summer of 2013, 13 months after the facility was mothballed. The massive urban renewal project calls for the renovation and repurposing of ten square kilometers of prime Kunming real estate. Announced as a "new center of finance and economics" for the Spring City, the blueprint also outlined plans for mixed-use public-use, retail, business and living spaces.

New, more specific, designs were made public on January 18. The old, 3,400-meter runways are slated to be replaced by a man-made lake. Lining the lake will be a park incorporating manicured gardens, walkways and more than three hectares of recreation and sports facilities. 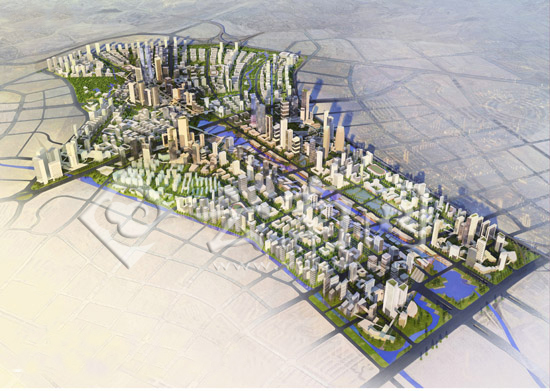 Architects have incorporated sustainable architecture designs for most building plans. Designs call for office and retail space to utilize this sort of technology, as do blueprints for the construction of housing for more than 200,000 people.

One high-ranking attendee of the ongoing Eleventh Chinese People's Political Consultative Conference of Yunnan Province (政协云南省第十一届委员会) had other ideas for Wujiaba. During the first day of meetings, Jiang Zuotai (姜作太), a standing member of the committee, suggested Wujiaba be reopened as a "complimentary" facility to Changshui International Airport.

Jiang cited a growing litany of instances where Yunnan's 19 month-old flagship airport has been closed down by fog or snow. He pointed out that not only do such closures inconvenience travelers, they mar Yunnan's reputation as a tourist destination and hurt local business. According to Jiang, the local economy suffered direct economic losses of 70 million yuan (US$11.6 million) when Changshui International closed down on December 28 and again on January 3. 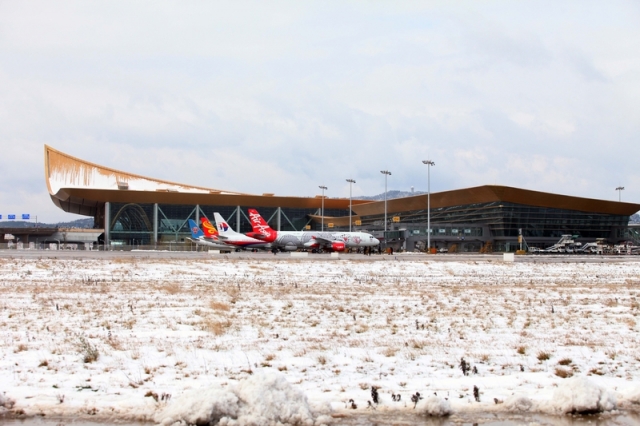 Reopening Wujiaba, Jiang went on to say, could help alleviate flight delays and cancellations during inclement weather. It could also open up more opportunities for carriers that do not service Kunming to enter the local market.

Lin Wei (林卫), Deputy Secretary of the Kunming Planning Bureau, later told reporters that such options had previously been considered and ultimately rejected. As reasons, he cited the complexity of managing Kunming's airspace if two airports were operating simultaneously and then referred to the aforementioned urban renewal plans.

Lin said he was confident the weather issues at Changshui International could be solved by "improving emergency response mechanisms and installing an Instrument Landing System to assist with blind landings." As of January 1, all commercial pilots in China were required to undergo blind landing certification for the first time.

The Wujiaba airport is already being taken apart so I think the chance of keeping the space as an airport are less then zero.

Just imagine, the new airport is closed because of inclement weather so some government official decides to use the old airport. Passengers don't know the change for the day and all the aircraft that need to depart are grounded at the other location so there are still no flights. It would require a double set of aircraft and a subway link between the two sites which is really not realistic.

AlPage, you have hit on a way to increase GDP and provide more jobs! Not exactly a twofer, more likely three or four times the cost of one workable airport, it will make Kunming a unique Twin Airport Spring City! The cost can be laid off on travelers with enhanced fees for tourists. Airlines can charge extra fees as well.

plus most foreign airlines don't even bother considering kunming for specifically the crappy kmg airport. e.g. for it's extraorbitant landing and processing fees, terrible management and for christsake not even having an updated ILS.

a runway in wujiabao would be welcomed at least by me. closer to the city less bad weather and less hassle.

but there is no way that some rich real estate developer will let go of his multi billion RMB project. although i still hope they reopen even if just with one small terminal for cheap carriers.

the way changshui is run it will mainly stay provincial anyway since other international airlines will avoid kmg. coz they got a great and working airport in chengdu. from there they could just code share with local airlines.saves trouble and money.

another chinese success story how to f*** up a whole airport by idiots making idiot decisions. how hard could it be to choose a location for an airport?

@The Dudeson's
When building a new and updated airport, some cities will keep the old airport and divvy up the workload between the old and the new. Usually the more modern airport will handle the bigger modern planes while the old airport will support the older planes. However I have never heard of a case as being discussed by Allpage where a "backup" airport is used for inclement weather, only for emergencies.

If the old airport is back in operation, I don't see how it would help passengers leaving KM. Planes in the air could foreseeably land at Wujiaba if Changshui is fogged in but it would not be feasible to shuttle passengers from the new to the old airport. Even if a transportation is not a problem, there is still the issue of fitting in these unexpected flights into the flight schedule ad hoc, it would just be a logistical nightmare.

The problem with most "officials" are that they just talk out of their a$$ in order to pander to the public with disregard to reality. While I know nothing about this specific official, I'd imagine either 1) he had nothing to do with the original airport move and is now using this "issue" to raise his profile, or 2) "Voted" for the airport plan and is now backtracking and to divert the issue so that we'd discuss whether to put the old airport back in operation instead of why the new airport was built in the only foggy place in the vicinity of KM.

Either way, the simplest and I'd imagine the cheapest option would be to install the ILS that were SUPPOSED to be installed in the first place. From what I've heard, and it's only hearsay, was that they knew the place was prone to fog, but lured by the cheap cost, they're workaround was to install the ILS like the ones they have at SFO. However, like all things China, in the rush to open the airport so that the previous mayor can add another "accomplishment" to his resume, they decided to forgo the "unnecessities" and open the airport bare bone thinking they have plenty of time to put those in later with no one the wiser. Well, we saw how that turned out.....Just another bunch of wishful thinking.

I suspect installing ILS would be cheaper than trying to run 2 airports.

I heard on the radio yesterday ago that the government is heavily defending its decision to put the new airport in ChangShui, saying it was the best choice of all proposed locations. Seems they are feeling the heat for the unreliability of the new airport.

Wujiaba airport is a memory....so many stories are linked with this place.

Well it cant be easily written off, given the importance of this airport which was used extensively during World war-II

Many veteran RAF officers are nostalgic about this place.....

Its matter of discussion about the usefulness & I am sure something concrete will come out.

Cat-II or III ILS [1], with the addition of ASDE-X [2] solves the fog problem. Many of the international fleet are already outfitted; I'm not sure of the pervasiveness of the equipment on the domestic fleet...

Now they are considering having an emergency landing strip in Chu Xiong.