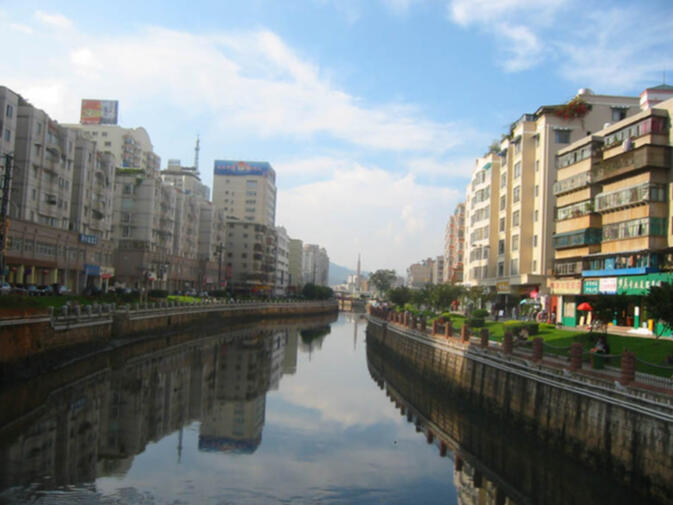 Years of low water levels and sluggish river flow have led to large amounts of silt buildup in Kunming's largest intra-urban waterway. Construction crews are now in the process of dredging the Panlong River (盘龙江) in an attempt to remove subsurface impediments and prevent future flash floods.

Excavation of the river bottom in the city center began in earnest November 1, with workers building a series of temporary dams. In the north, where the Panlong River enters Kunming, work has been underway since early 2013. Water is diverted into a small channel while the rest of the waterway is dredged, either with cranes and specialized equipment, or in difficult to reach areas, by hand.

In all, 15.4 kilometers of the river are scheduled for this sort of maintenance. Urban planners from the Dianchi Lake Investment Company expect the project will allow for unimpeded river flow during peak times, thus allowing more water to pass through the city and into much-maligned Dianchi Lake during the rainy season. The dredging plan was adopted following severe flooding that inundated most low-lying parts of Kunming last summer.

Much of the flooding was caused by a serious buildup of silt, trash and other detritus in city waterways, including the Panlong. Dredging coordinators estimate by the time the project is complete, they will have removed 183,000 cubic meters of mud, boulders, construction debris and muck from the river bottom.

Temporarily lowering water levels and diverting the river's flow also serves a secondary purpose. The stone walls lining the canals can be inspected for erosion, as can the foundations of the bridges and pedestrian overpasses crossing the river. Work crews are also looking for signs of illegal dumping in the river, although preliminary media reports say none have yet been identified.

The dredging of the Panlong is a subsidiary part of the sprawling Dianchi Lake Water Project (滇池补水工程) — an 8.4 billion yuan (US$1.38 billion) water diversion scheme largely completed earlier this year. For its part, the Panlong dredging undertaking will cost an estimated 10 million yuan (US$1.64 million) per kilometer.

Editor's note: Thanks to GoKunming user blobbles for raising the question of what exactly is going on in the Panlong. 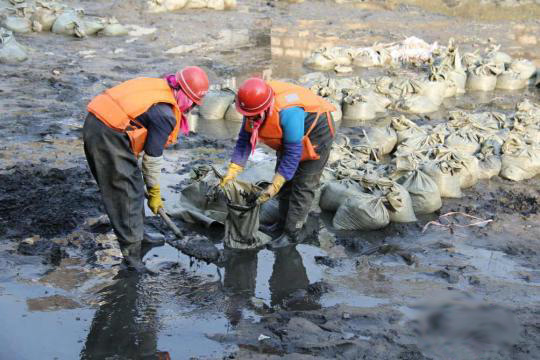 Thanks for the info. Hope this really helps the water situation.

oops. That has been changed.

Most of the "mud" would incorporate garbage.

I wonder if they consider this mud toxic as I assume factories have been dumping in the pan long river for decades.

In the west it's toxic; here it's fertilizer.