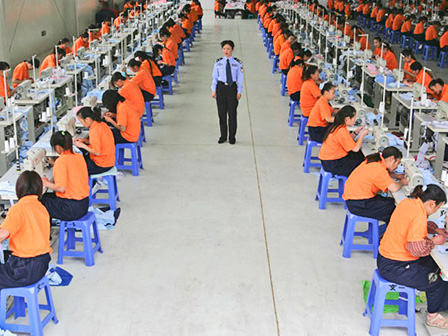 China's recently concluded Third Plenum has proffered a series of sweeping revisions to government policy aimed at "comprehensive deepening of reforms". Changes are coming to the three-decade old one-child policy and the country will move to abolish all forced labor camps.

Yunnan eliminated labor camps in February of this year, becoming the first province in the country to do so. With the announcements coming out of Beijing regarding the rest of China following suit, attention is now falling on a former labor camp in Xishuangbanna. Over the past eight months the Yansen (岩三) prison has been repurposed into a treatment facility for those convicted of minor drug offenses.

Known in Chinese as laojiao (劳教), forced labor prisons have faced serious criticism in the past. One common accusation has been a penchant for detaining inmates up to four years before courts convicted them of a crime. Human rights groups have also accused the prisons of being nothing more than sweatshops where inmates are forced to make clothes and other items that were then sold at a profit by prison officials.

Once this step is complete, inmates have access to apprenticeship programs, skills training, weekly education seminars and a library. People are also permitted to manage whatever free time they may have. The former labor camp has a basketball court and inmates are allowed to perform simple daily tasks — such as doing their own laundry — on their own time.

The goal, according to facility deputy director Cui Qingli (崔庆黎) is not only to get inmates clean of drugs, but also to help them "build confidence" before they return to everyday society. Those housed in the Yansen facility are usually sentenced to between three and eighteen month terms. Upon their release from the Xishuangbanna treatment center, most people must complete a mandatory six-month program where they have the option of seeking further counseling while being tested for illicit drug use.

A move in the right direction: disallow the cops from sending people who have not been tried for any crime to up to 4 years of forced labor. I wonder why they didn't think of that before.

Just don't make Chinese prisons like in the US where prisoners just learn how to become better criminals.

Human rights groups are claiming although places such as the labor camp in Xishuangbanna have been rebranded, it is business as usual: