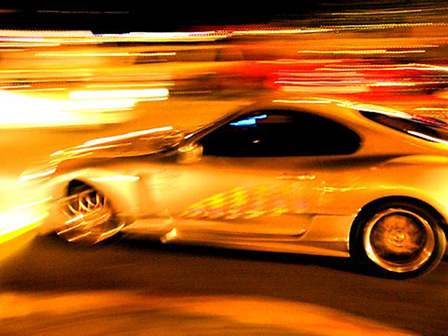 The ongoing obsession with car ownership in Kunming has given rise to many previously uncommon occurrences. These include daily rush hour traffic jams and epic weekend gridlock along highways feeding into central Kunming. Despite the attendant inconveniences, owning a vehicle in the city has become synonymous with status.

Perhaps inevitably, this has spawned a small subculture where high-performance vehicles are not only fetishized but also raced illegally. Reporters for the Spring City Evening News (SCEN) recently attended two illicit street rallies, and in an uncharacteristic fit of investigative journalism, delved into the nighttime world of Kunming drag racing.

Friday nights are the most popular time for street racing in Kunming, although "drag racing parties" — or biaoche dang (飙车党) — are not necessarily held on predetermined days. To avoid police, car aficionados set up a time and place to meet using QQ and social media networks. The two most common areas where these clandestine gatherings are held, according to the SCEN report, are Fubaocun (福保村) and tiny Sanjiacun (三家村).

Located on a small peninsula sticking out into Dianchi Lake, Fubaocun is a relatively quiet section of Kunming that is devoid of traffic late at night. The location is also valued by drag racers for its proximity to Huanhu Dong Lu (环湖东路), a long, straight, lakeshore road with wide avenues and fairly new pavement. 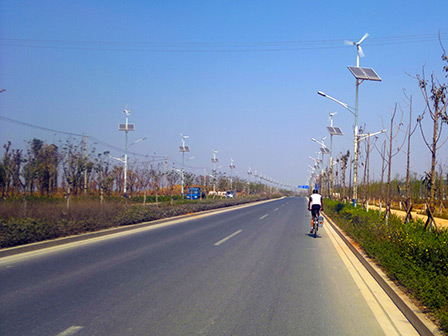 A view down Huanhu Dong Lu, one of Kunming's most popular roads for street racing

Conversely, Sanjiacun is situated in the hills west of Kunming near Qipan Shan (棋盘山). Drivers who gather there are more concerned with honing their technical driving skills on the winding mountain roads than they are with pure speed.

The small crowds that gather at these events are typically made up of young and wealthy men. Most participants own luxury sports cars — some are unaltered vehicles purchased from local dealerships, while others have been heavily modified to maximize horsepower and torque. On the night SCEN reports attended, the most common car competing was the Audi TT.

Drivers involved in drag races compete against each other to see who can drive the fastest over a predetermined distance. Unsurprisingly, gambling is rampant, both between competing drivers and among spectators. Bets of 5,000 yuan per race are not uncommon, although reporters claim to have witnessed wagers in the tens of thousands.

Drag racing is illegal in Kunming. So too is making any unreported modification to a motor vehicle. Drivers charged with speeding can also be tried in court for public endangerment — depending on how fast they were driving — with the most serious punishment for those convicted being the death penalty.

Despite these deterrents, Kunming's drag racing scene is thriving. A driver given the pseudonym Xiao Lei (小雷) by reporters said drag racing on public roads would largely disappear if people had an alternative. He suggested the runways at now shuttered Wujiaba Airport as one option, concluding, "until there is a legitimate racing venue in Kunming, we will continue to choose these [public] places."

"...and in an uncharacteristic fit of investigative journalism..." classic!

Interesting piece. Has there been any reports of crashes/injuries/deaths?

The last sentence echoes the same around basically every city in the world where cars are common and wealth is above average.

Drags as well as drugs, eh? All we need is the men to start dressing as women...

Hmm, sounds like every day driving in KM. Risking your life in an attempt to get to where you have to be.
It feels and looks just like a Demolition Derby here.
(Today a guy threatened to ram our car twice! because he was jealous that we were driving 5 Kph faster than him and using our "indicator light" to offend him...)

It becomes really sad when drivers here don't care about making life hard for people who are ill, pregnant or disabled. Or cause injury or death to others because it is of no concern to them or is simply beneficial to them. I've seen it happen. No deaths yet, but close enough...

Golden rule:
"What you don't know won't hurt you."

An offensive comment has been removed by site administrators.

Can't really do investigative journalism because the subjects of this piece (young wealthy owners of expensive cars) are part of an untouchable elite who acquired their wealth and possessions the old-fashioned way.

Come and race with my plane outside Chicago. I will give you guys a head start.