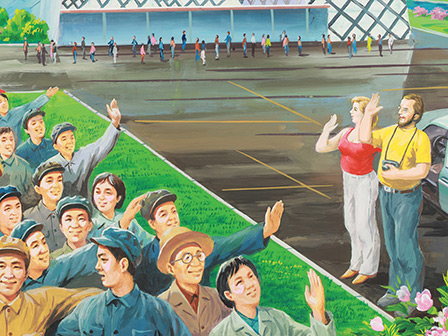 For much of the past twenty-five years, Western bookstores have been stocking their shelves with tomes attempting to explain or 'demystify' China. These have included cultural studies, celebrations of the country's emerging business opportunities and explanations of how a rising China will alternately ruin or conquer the world.

Following the success of River Town, Peter Hessler's 2001 memoir of life in Sichuan, today's popular China books tend to be of a more experiential nature. Unsavory Elements: Stories of foreigners on the loose in China was compiled by editor Tom Carter and published by Earnshaw Books in this vein. The book is a collection of 28 non-fiction narratives about living in China, including a previously-published piece by Hessler with an epilogue by Simon Winchester.

Although every foreigner living in China can tell a different story of how and why they came to the Middle Kingdom, the backdrop of everyday experience once they arrive is often a common one. Descriptions of construction workers dressed in suits, bewildering situations involving face and guanxi, materialism gone mad and what Unsavory Elements contributor Matt Muller refers to as "weaponized vehicle horns" — these are familiar to those who have spent time in China.

The 28 vignettes included in the book do an excellent job of pointing out commonalities while also looking at China from different angles. Some of the stories are judgmental, frustrated or angry, while others are characterized by self-deprecation and humor. They run the gamut of emotional experience — the entire range of which can be felt by a single foreigner in a span of only a few hours on a bad China day.

Tales of atrocious days do provide the plots for some of the book's anecdotes. One such is Rudy Kong's story of a hockey brawl with a local police team in Dalian that is eventually remedied with baijiu and beer.

However, for every account that details a horrible orphanage or the experience of being shaken down by Beijing gangsters, there is at least a glimmer of hope. The orphan described by Kay Bratt is disfigured and missing a foot yet possesses a fantastic sense of humor. Nury Vittachi is lucky enough to escape a beating from thugs when he produces a 100 Euro note from a hidden pocket.

The book does not paint a rosy picture of China, nor does it cast the country cynically as an inescapable hell-hole. For the most part the stories in Unsavory Elements describe people trying to come to grips with a sometimes baffling culture and the members of that culture attempting, usually with good intentions, to enjoy the company of strange people from distant lands.

Also included in the anthology are much-needed female voices, which have often been largely absent from the China conversation. In the past, China was not seen as a particularly attractive place to raise a foreign family. Although that notion is slowly changing, vast challenges still exist for parents and kids alike. Aminta Arrington and Susan Conley both pen stories about their lives in China with their children. Respectively, they poignantly describe the difficulty of kids making friends and the simple yet somehow complex act of buying groceries.

To spend any amount of time in China, foreigners often develop unconventional coping mechanisms. Perhaps the most common of these is embracing the absurd, whether it be in business, travel or daily life. This theme is explored in depth between the covers of Unsavory Elements.

Hessler describes speaking to police after he wrestles his possessions away from a Dandong burglar who then escapes. How could a foreigner so easily dispatch a Chinese criminal? The thief must have been a child — no — a heroin addict, conclude the police. When Hessler asks if heroin addicts are common in the city, he is told there are none, thus concluding a useless exercise in mind-bending.

Graham Earnshaw, a China veteran of more than thirty years, perhaps sums up embracing the confusion of living in China best:

For those unfamiliar with living in China, the book provides a helpful and sometimes unblinking view into what an expat life resembles. People who are old hat at being called laowai will find many of the stories uncannily familiar and can take some solace in the fact that they are not alone in their experiences.

Yes, the phrase "unsavory elements" (不良分子) is a pejorative term used by some good communists to label inscrutable and weird foreigners. But the book title should not be misconstrued as describing a collection of stories only about immigrants in China behaving badly. Quite the opposite. The anthology is a bit of an homage to the hundreds of millions of people who make China the dizzyingly frustrating place that many cannot help but fall in love with.

Unsavory Elements: Stories of foreigners on the loose in China can be purchased in digital format at ipgbook and both digital and hardcopies can be bought on Amazon or ordered directly from Earnshaw Books. 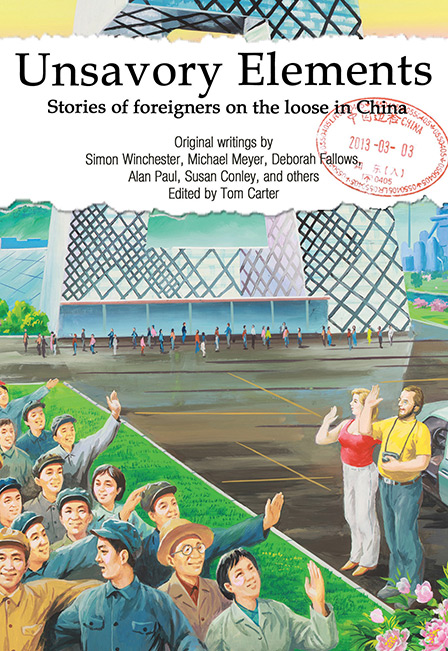 I had seen that picture before: See

Somewhat stereotypical impression of 'foreigners' too, although I think I may have seen these 2 before.