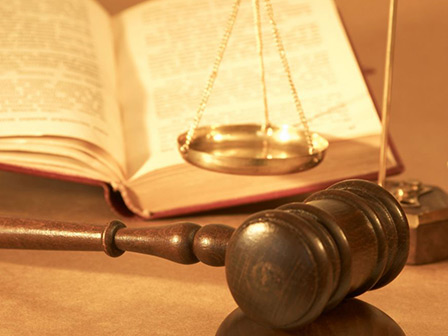 Prosecutors in northeast Yunnan have asked court officials to reconsider the light sentence given to an official convicted of rape last month. Growing public outrage vented on microblogs has been credited with spurring the request, People's Daily is reporting.

On September 24, Guo Yuchi (郭玉驰), a bureaucrat in the Daguan County government, was found guilty of raping a four year-old girl after confining her in his home. He received a five-year prison term by a Daguan County court, which also ruled Guo was not liable for civil damages.

Prosecutors have now appealed the "clearly inappropriate sentence" to the Zhaotong City Intermediate People's Court, which hears appeals from lower courts. The petition for a new sentence was filed on grounds that the original punishment was a "miscarriage of justice".

Chinese law allows for the "severe punishment" of any adult convicted of having sex with a minor 14 years of age or younger. The penal code allows for sentences ranging from a minimum of five years imprisonment to life in jail. In some instances the death penalty can also be incurred.

Attorneys protesting Guo's sentence claim the ruling does not reflect the provisions laid out in the national criminal code. They have are also questioning why the possibility of civil penalties were excluded, citing the child's age and the limited financial position of her family which prevented them from personally challenging the ruling.

Using national precedents, victims of crimes can sue for monetary damages if they can provide evidence of economic losses. Plaintiffs unable to prove such losses can also file for "moral damages" in civil court, although this option is not available to some during judicial proceedings.

After Guo's sentence was announced the story was forwarded on Chinese microblogging services. Thousands of people have expressed outrage at what they see as too lenient a punishment, according to the China Daily report. Microblogs — referred to as weibo — have become a popular outlet for Chinese internet users to voice their displeasure on a wide range of topics, often related to the government.

Zhaotong prefecture is no stranger to judicial reversals caused by internet uproar. In 2011, Yunnan's highest court announced it would retry a Zhaotong double murder case after netizens erupted in protest over the original verdict.

I hope they do to him what they do in US prisons to rapists and pedophiles!

4 years?? Back in Scandinavia we have some of the most lenient sentences in the world, but raping a 4 year old would land you at least double that, or a spot in an mental institution. This is the problem with corruption, if his friends and acquaintances on the other side of the law aren't playing along, he's going to take them down with him. Please don't tweet this more than 499 times. I want to stay harmonious.

This kid is only 24 yo, yet he's a government bureaucrat - that means he's probably extremely well connected. The best solution is to excise these social cancers (aka public executions). The putz is obviously nuts - so I believe his guanxi that arranged his light sentence should pay financial support (including life-long reparations to the child and the parents)...for starters.

I also believe gokm has a liberal element - since I mentioned mental disease, there are those who would lobby that society should try to help "cure" the ill man - so I suggest these people start off with a sizable donation towards that cause, to show leadership in such liberal causes.

As for me - I'm a scrooge and a rather uncivilized barbarian - I vote for a government managed and sponsored public execution - public stoning (or bricking or concreting - any effective bludgeoning projectile laying around) works for me. It's a faster, more economical, more sustainable path towards social harmony, until our liberal friends can fund a more civilized solution.

And...for the record - I'm also pro-liberal - otherwise, how would I know I'm an uncivilized barbarian. Knowing is half the battle! So, does that make me only half uncivilized and half barbarian now?

An execution is not the right way i think, he won't suffer and thinking what he's done wrong. In this case there is only one "cure", separate his "little brother" from him.

Agree with Cromson on this one.

I fail to see the point of an execution, public or otherwise. Has somebody confused vengeance with justice?

laotou, have you ever seen what a public stoning is like? You should find a video from the Middle East. You might then change your mind.

@tomman
I'm not particularly civilized - barbaric perhaps and without a soul. My philosophy on the death penalty is based on (good ol' Texas excluded) the impotence of the USA's federal and state implemented death penalties and incarceration laws.

I would rather my taxes go towards creating jobs and self-sustaining social services for productive, law-abiding citizens (including ex-cons), and the survivors/victims of violent, oppressive crimes, over what is essentially pampering a society of "grown up" schoolyard bullies.

The only reason I mentioned stoning is it's public, participatory in a violently sanguine way, and relatively inexpensive - assuming stones are free. Public executions have been around for eons - hence the labeling as "uncivilized" - aside from the dubious social value - execution definitely resolves the chronic repeat offender syndrome epic-ly demonstrated in the USA, at significant taxpayer expense.

Bluntly, prisons and other forms of incarceration/imprisonment are NOT profitable investments. Prisons are fantastic for helping less fortunates choose an alternative path - especially when they include post-prison programs to help ex-cons assimilate into the society they once preyed upon. Christian missionaries are absolutely fantastic and quite effective in this area.

As a civilized society - we tend to dissociate ourselves from the responsibility of peer pressure - social pressures - speaking out against a society with no conscience, and generally, being a good neighbor. We prefer to "leave it to the police" and "go with the flow" - leaving society aka people helping people a quaint relic of the past.

The art of hospitality and the rules that go with it - missionaries are great in this area - especially the Mormons.

As for @Allen's comment - I don't care whether it's vengeance or justice, as long as it targets the perpetrator(s) as opposed to oppression of the innocents (aka homeland security and tsa). I want my civil rights (currently being ever-so-effectively eroded at home) and I want my children and family to live in a free, non-police state, without fear of violent repeat offenders and predators. Public stoning (as an example of public execution) is debatably irrational, it's emotional, has dubious social value, but if that was my child - I'd like to chuck stones until I'm cleansed of my anger and rage at the injustice. It probably won't help, as I'd have to do my best to help my child overcome that trauma for life - but I'd definitely like the opportunity for therapy via some prolific rock chucking - which puts me at polar odds with "turning the other cheek" (depending on one's interpretation of that scripture).

Castrating the above-named perp will not effectively remove him from society and I'm not enthusiastic about giving him a "second chance" to victimize anyone's child - much less my own.

@laotou
It's been a while since I have been exposed to such rabid, confusing and contradictory rhetoric such as yours. I suggest you sit down with a glass of warm water, a good book, and hopefully chill out...

The retrial date has been announced: December 3.

The official has been re-sentenced and will now serve eight years in prison: