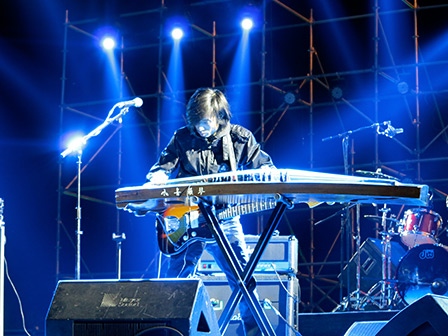 The newest addition to Yunnan's festival circuit wrapped up this past Sunday and by most accounts was a rousing success. The 24 bands who performed were in top form and thankfully the weather held. Frequent GoKunming contributor Hugh Bohane was in attendance for both days of the festival and shot these photos between bouts of unrestrained dancing. 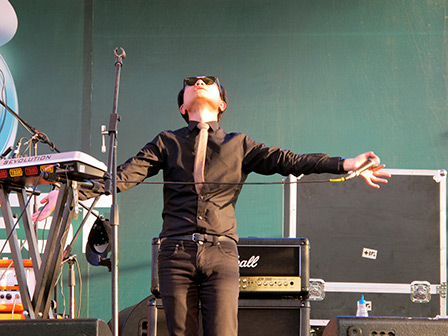 TBOR lead singer Professor Wang takes in the applause. The trio's electro-pop stylings lent a unique sound to day one of the festival. 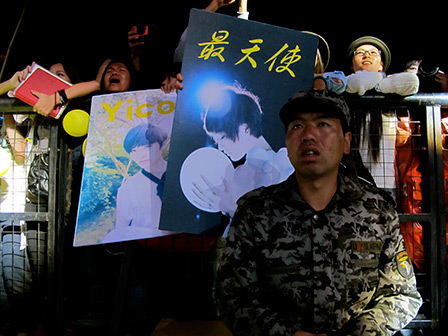 Admirers of Yico Zeng (曾轶可), many of them holdovers from her appearance on nationally syndicated talent show Super Girl, were downright fanatical. Some of them seemed borderline rabid, while others, like the gentleman in full camo kit, were simply mesmerized. 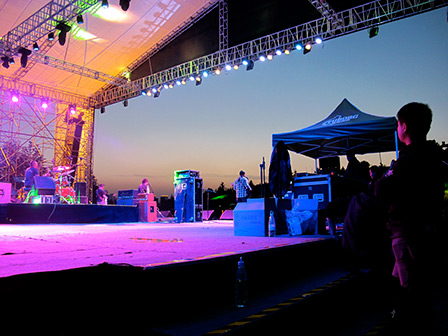 A view around dusk from backstage at the Greenfest stage. Acts at the festival performed on two stages, sometimes simultaneously. This sort of setup, and its attendant problems, has become a hallmark of multi-day concerts held in Yunnan. 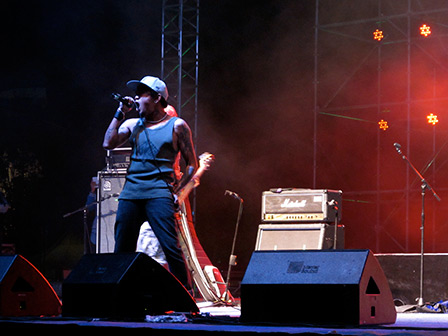 On the evening of the festival's first day, concertgoers got to see homegrown heroes AK-47, who have since relocated to Beijing. Their fans were not disappointed as the band unleashed their patented metal roar. 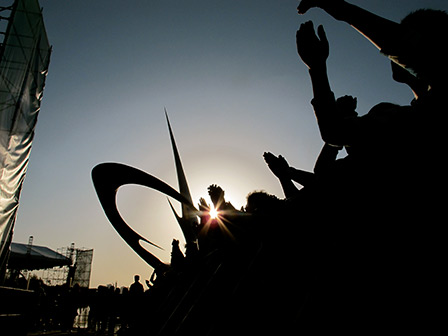 Although rain was forecast for both days of the festival, the skies remained unblemished by clouds. Greenfest organizers reportedly visited an undisclosed Kunming temple before festivities got under way to try and guarantee favorable weather. Looks like it worked. 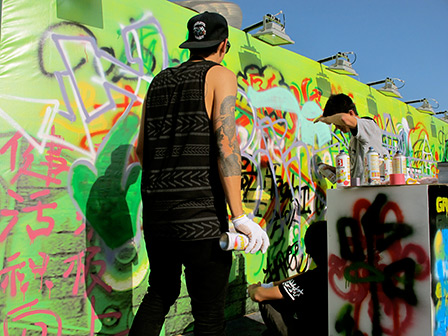 The graffiti wall was certainly one of the more popular non-music attractions at the festival. It kept the kids busy scribbling and enacting their mischievous vandal fantasies for hours and hours. 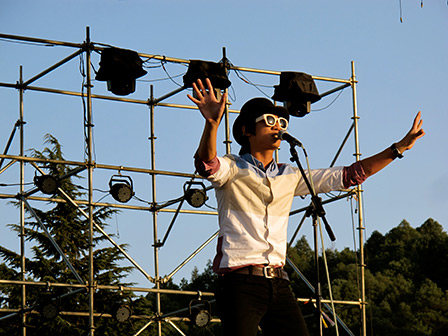 The well-appointed hipster frontman for The Life Journey (旅行团) was feeling it on day two. The band's sound, featuring crunchy and distorted guitars, fit in well with the rock-heavy theme of the concert. 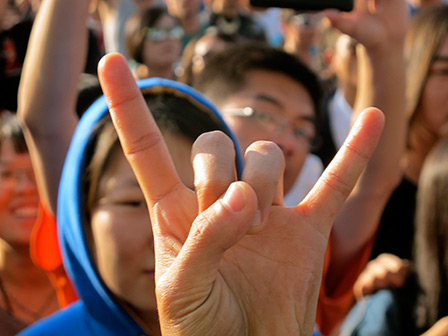 Thousands of concertgoers attended both days of Greenfest, many of them flashing the universal sign for having a good time. Dude. 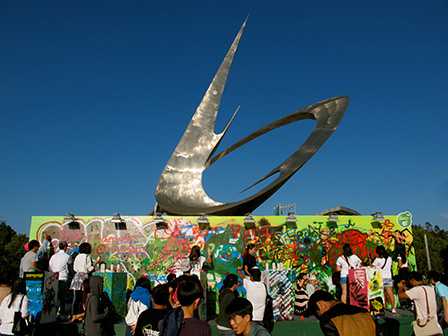 Did any of the music or the musicians have anything to SAY?