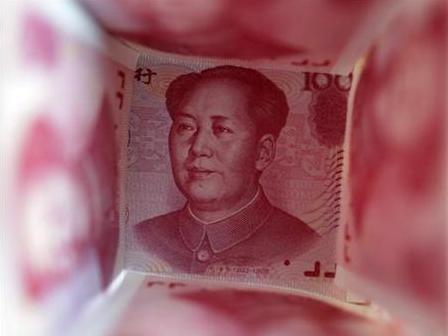 When Xi Jinping gave his first speech as president of China last year, he somewhat pointedly addressed growing public concern over corruption and the spending habits of officials. Eight months later, a series of moves by Beijing appear to signal a ramping up of efforts aimed at limiting cadre-level excesses.

On July 30, the Chinese government announced it had disciplined 2,290 party members from across the country so far this year for abusing their offices or intemperately spending state money. Eight officials were singled out by name and removed from their posts, The Boston Globe is reporting.

The admonishments stem from a nationwide prohibition on extravagant spending by public servants. Lavish official banquets and state-funded junkets that had become synonymous with governmental excess were banned earlier this year in the face of growing public outrage.

The reprimands announced this week do not appear to reach particularly high up into China's labyrinthine bureaucracy. However, this latest round of punishments could be a signal to everyone in the government — including senior level officials — to take note. As The Boston Globe report points out, China has hundreds of thousands of local, regional and national administrators to keep an eye on, not to mention an estimated 85 million Communist Party members.

While the disciplinary actions affected only a few thousand individuals, they may be an example of what the Chinese refer to as "killing the chicken to scare the monkey" (杀鸡吓猴). This idiom is a common way to express the idea of harshly punishing a few in order to send a message to everyone else.

The announcement that China had reprimanded wasteful officials comes less than two weeks after Beijing ordered a five-year, nationwide construction moratorium on new administrative buildings. Renovations are still allowed, but bureaucrats were warned "to be frugal and ensure that government spending goes toward developing the economy and boosting people's well-being."

Any spending reductions, be they to legitimate or graft-related expenditures, seem to be weighing heavily on the minds of Chinese policymakers. So much so, that Beijing has ordered a nationwide audit following credit agency reports suggesting the country's towns and municipalities may be saddled with more than US$3 trillion in debt.

There are a lot of restaurants in our area. It used to be that there was congestion caused by cars parked at the side of the road. This was most nights of the week. Some places had exotic dishes and high prices.
Now the roads are clear except for festivals, and prices even a middle income family can afford.
You can draw your own conclussions.

As for going after the lower level guys.
The fat cats were milking other fat cats.
It is all the little lower level guys that make life difficult for the guy on the street, and expensive for those on low incomes.
It would be nice to think of an egalitarian round up (tigers as well as flies), but most people are plagues by flies, and are unaffected by tigers.

China's leaders, at all levels, needs a reality check.
The guy on the 100rmb bill didn't intend his plan to end up this way..

This is not a uniquely Chinese problem either. It seems people in government jobs all over the world follow the patter. In Canada and the US the politicians like to claim there is no corruption, while at the same time they all have their "entitlements", like free lunches, apartments and limousines at the tax payers expense.

Toronto councilors even made trips to Shanghai to "study" the transit system, then went home and did nothing with it.

I bet the guy on the US 100 dollar bill is also spinning in his grave. But for different reasons.