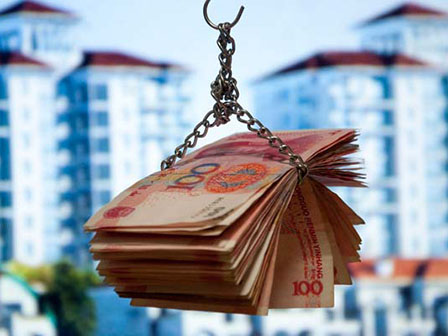 Two of Yunnan's largest bond-issuing entities have been put on a watch list by a federal credit rating agency. The move, which is unusual in China, comes as municipalities around the country are being watched for what some analysts believe could be a series of China-wide credit defaults.

Yunnan Investment Holdings Group (YIHG) and Yunnan Electric Power Investment (YEPI) were both singled out for concern by China Chengxin International, a rating agency partially owned by Moody's. Both bond entities are expected to restructure over the coming months in efforts to rebound and attract more investors.

Chinese cities such as Kunming have come to lean on bonds more and more as they raise money to fund huge infrastructure projects. The domestic bond market in China is still somewhat unpredictable as it has only been in existence for two decades.

Exact figures for how much money local governments have raised through bonds remains unknown. China Daily has quoted official figures from 2011, stating a figure of 10.7 trillion yuan (US$1.75 trillion). However, former head of the Chinese Ministry of Finance, Xiang Huaicheng, has said the number is more likely in the neighborhood of 20 trillion yuan.

The move is not surprising as risks in such debt have already been anticipated by the market and fully priced in. It's possible that more such [Yunnan] debt will be put on credit watch, and if you look at the market, many have already slumped as there are no investors buying.

Concern over local government bonds is growing around the country as municipal debt has grown nationally by 62 percent over the past year. Only an estimated ten percent of government-sponsored construction is now funded by private equity.

When things are not transparent this is what happens. The books get 'cooked' to make things look better than what they really are.

Yes this is a high tisk period, and yes there have been problems in the past, but I think the HuaXia bank scandal last year put the cat among the pigeons for wealth management schemes in China.

Because there are so few investment opportunities, combined with so few people willing to invest, and with recent regulatory changes the banks need to/have to move money in the markets. This has opened up some more attractive products at the moment.
We have just been offered 5.5% projected annual growth for a wealth management product, and get this, the principle is protected (you cannot lose your original investment). You can invest for limited periods too. We invested for 3 months, as we have some spare cash for that period. I think you can invest for as little as one month.

NB This is not a recommendation for people to go out and invest, it is just a bit of information on another related trend in the market at the moment.

One message read: "China Merchants Bank will issue a high interest financing product starting from June 28th to 30th. The product will be 90 days with a 5.5% interest rate. Please call us now."

I checked and it was still available yesterday. Not sure of minimum period. But three months makes a nice change from the usual minimum of 12.

I have trouble with the "protected" claim. The wealth management facility would have an underlying borrower who would need to repay the loan. Should that borrower belly up, the depositors would be screwed.

With the current legal maximum of 3.3% interest on deposits, the 5.5 or 6% is mighty attractive. What bothers me is the Chinese tendency to create and fund projects that are not economically viable. When bank funded projects go south, the government banks can roll the loans over to remove the NPL aspect and not affect the balance sheet. When non government owned banks use wealth management products they would entail higher risk. Hence the higher interest paid to depositors. Wealth management products are off the bank's balance sheet. If the underlying borrower defaults, the banks is isolated but the money is gone. I would think 90 days would be safe, but, I wouldn't touch a 12 month deal.

The non protected thing was the issue with HuaXia Bank scandal. It was likened to a Ponzi. People lost huge amounts and it killed the market.
CMB is big enough to have the assets to cover any potential losses, and has decided that the only way to have a wealth management product that sells is to guarantee the principle. To not honor the promise would be damaging to the CMB brand and would cost them more money than swallowing the loss.
IMHO. Because of the nature of CMB's core business, and their place in the market, they can be trusted. Unlike smaller banks like HuaXia.