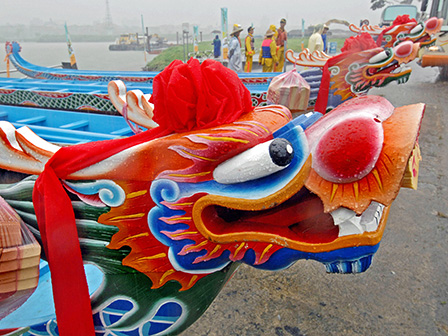 This year people across China and around the world will celebrate Dragon Boat Festival on June 12. Recognized as an official holiday by the Chinese government in 2008, the annual event means three days off of work or out of school for tens of millions of Chinese, culminating in celebrations and dragon boat races on Wednesday.

The origins of Dragon Boat Festival, or Duanwu Jie (端午节), are shrouded in the murky depths of China's ancient history. Depending on who is telling the story, the festival began as a way to commemorate the suicide of a court official more than 2,000 years ago.

Accounts differ, but Qu somehow ran afoul of either jealous mandarins or the king himself. Regardless, Qu managed to get himself banished and began to roam the countryside composing poetry.

Years later, upon hearing that the Kingdom of Qu had suffered defeat at the hands of its rival the Kingdom of Qin (秦国), the poet carried a rock into a river and drowned himself. Villagers who respected Qu for his poetry raced out in boats to try and recover his body. 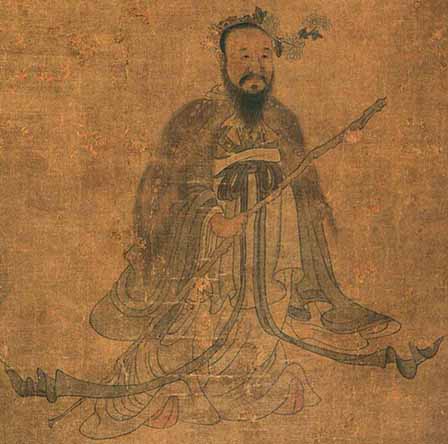 No matter which story is to be believed, both men committed suicide on the fifth day of the fifth lunar month. Thus, Dragon Boat Festival – also known as Double Fifth — is commemorated every year on this day. 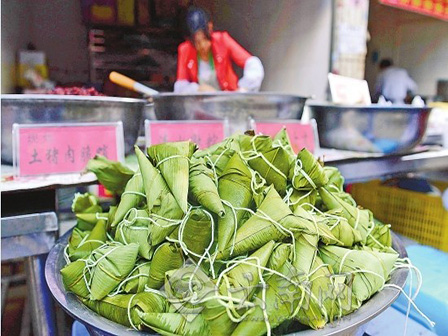 In addition to these activities, families would eat lunch together and drink xionghuang jiu (雄黄酒). This alcoholic delight is a mixture of Chinese baijiu and arsenic sulfide. Traditionally this is drunk and also rubbed on earlobes and foreheads to protect people from mosquitoes, evil spirits and gaseous humors that were believed to cause disease.

GoKunming would like to wish everyone, regardless of their proximity to water or a boat, a happy Dragon Boat Festival. Enjoy your tipple of xionghuang jiu.

People may have three consecutive days off work or school, but they went to work or school on Saturday and Sunday to make up for some of that lost time.

My first Dragon Boat Festival in China was in 2006. I was in Macau and saw the dragon boat races. That was the last time I saw them. Does anyone know why doesn't Kunming have dragon boat races? It's not like Kunming doesn't have bodies of water on which to hold them.

WoW! Interesting article @Ocean. Sadly this happens all too often.

Why would evil spirits be frightened away by drums? It seems to me that if you're truly evil it should take a lot more than drums to scare you off.

Maybe they hate the vibrations that comes from pounding skins.

Closest 龙舟比赛 probably in Yiliang 宜良 as part of the annual 花街节. Races start at 10am on Wednesday, I am not actually sure exactly where they have enough water for a serious race, but the flower market is held along 乡鸭湖大道, a ten minute walk from the bus terminal.

Thanks Ludwig.
The Nanpan River (南盘江), a tributary to the Pearl River (珠江), does pass through Yiliang. A little south of the town there's a dam, so the river gets quite wide. Perhaps that's where the races are.