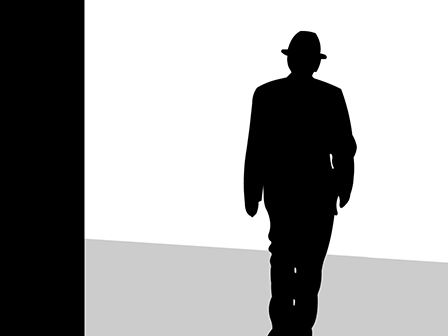 An unidentified man has spent the past several months impersonating a Beijing bureaucrat although he has no official post or credentials. Posing as a high-ranking mandarin and known only by his pseudonym, "Zhao Xiyong" (赵锡永), the man has made public appearances and even given policy speeches in Yunnan.

The fraud was uncovered when several different Yunnan bureaus contacted the Policy Research Office of the State Council in Beijing to verify Zhao's identity. The State Council found that not only did no such man exist but that no one had been authorized to conduct the research and assessments in which Zhao had been involved.

In response, on March 8, the General Office of Yunnan issued a statement warning "all relevant [governmental] departments to be on the lookout for fraud". Zhao has so far not been positively identified and his whereabouts remain unknown.

Whoever he may be, the man posing as Zhao has passed himself off as holding a PhD in Economics as well as being a representative from the State Council's Development Research Center. He has made 'official' visits to Kunming and Yuxi.

In the Spring City, Zhao toured the campus of Kunming University of Science and Technology as well as several factories. He also atttended a manufacturing symposium in Kunming entitled "2012 Autumn Harvest" (2012收获金秋).

The conference was attended by representatives from hundreds of domestic and international enterprises. Zhao reportedly addressed the conference and delivered a speech on the state of China's western Bridgehead Strategy (桥头堡战略) for the years 2012-2020.

In February, Zhao travelled to Yuxi, ostensibly to study the effects of Yunnan's ongoing drought. There he met with Yuxi vice-mayor Fan Rukun (范汝坤) before embarking with 89 research colleagues (requires proxy) on a tour of farms, villages and irrigation projects.

Speculation on Zhao's motivation remains muted. As of yet, he has not used his fake identity for any monetary gain, such as hotel stays or banquets. Instead, the public and media response has centered largely on the entrenched culture of deference surrounding government officials. If caught and convicted, Zhao could face 3-10 years in prison.

That's so hilarious. What a legend! Go Mr. Zhao! Hahaha :)

Sounds like a very competent operator. An example to the rest of them....

Whoever he is, he's awesome.

This has been done in the past. But usually the perp does this for monetary gain. Unless he was building up to do this, but was rumbled first.

well, the cool thing is he doesn't seem to do it for monetary gain, so we're imagining some kind of idealist fuck-the-system-guy here ^_^

I am sure someone has taken his picture with him at one of the seminars he attended.

News sources are now conflicted. The ones sited in the article above claim the Yunnan government sustained no "monetary loss" as a result of Zhao's actions. Western news reports picking up on the story, however, say he was wined and dined by local officials at several banquets and may have traveled for free.

I doubt he took the risk of being sent to jail for a couple of lavish meals. I think he was aiming a little higher than that.

I have meet a few directors(and such) from the gov...Their salary can be less then a English teacher ...they get almost all their money from kickbacks and bribes..which can be A LOT!! So he may have not gotten gov checks, He almost certainly got money from people looking to open companies and things. The balls on this guy are pretty massive!

You can see his picture here;

He was active for a while in Lou Di Hunan as well,, He got income as a consultant to the government (Maybe in Hunan only,, reporter doesnt say),,,and probably a lot of bribes

Our societies are crazies adn it starts with ur food

caught, not convicted yet, or did I read it wrong ?

Oops. I was the one who read it wrong. Two guys running similar scams. Yunnan's mystery man has yet to have his day in court.