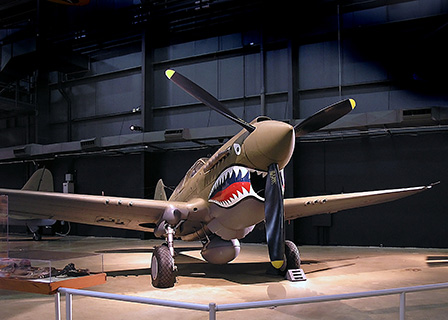 Beginning tomorrow a semi-permanent memorial to the First American Volunteer Group will be on display at the Kunming Museum (昆明市博物馆), Spring City Evening News is reporting. The group of fighter pilots, better known as the Flying Tigers (飞虎队), have been credited with bringing down 300 Japanese aircraft, many over Yunnan, from 1941-1942.

The memorial was originally slated to have its own home in a museum-owned adjunct building at the intersection of Shengyi Jie and Beijing Lu. Renovation on the building, a Ming Dynasty mansion, began three years ago. The house has been repeatedly damaged by nearby subway construction and was eventually deemed unfit to house the historical collection.

Instead, Flying Tiger displays and memorabilia will be shown at the Kunming Museum for the foreseeable future. GoKunming contacted curators and was informed the exhibition will remain at the museum on Tuodong Lu for the next one or two years depending on how quickly restoration work on the Shengyi Jie site is completed. 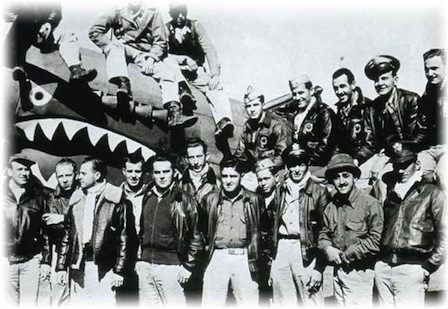 Chen, along with Chinese-American collector Chen Canpei (no relation), have provided curators with more than 2,000 historical artifacts and photos that now make up the majority of the exhibit. The memorial is specifically concerned with the Flying Tigers and does not commemorate either the Hump airlift or the China National Aviation Corporation.

A ceremony at 10am tomorrow will also honor the 71st anniversary of the Flying Tigers' first air combat mission. On December 20, 1941, pilots from the volunteer group repelled a squadron of 10 Japanese planes headed for Kunming. Chennault's granddaughter, Neil Keller Wei, is expected to attend the event.

Beginning tomorrow the exhibit and memorial will be open daily from 10am-4:30pm. Entry is free and tours in English can be arranged in advance by calling 63152359.

Did anyone go to the Opening? What's the exhibition like? Any good?

Perhaps words like 'tomorrow' should not be used in editorial that will be read at a later date. At the time of me writing this, tomorrow was already yesterday ;-)

Visited this museum a few weeks ago. Downstairs was little disappointing as its a series of paintings depicting the history of the Flying Tigers. The upstairs i thought was very well done with a lot of original artifacts. Was for sure worth 2-3 hours to see everything.

This is a worthwhile few hours... it's too bad that the original site was not used, but the Kunming museum had a really great heart in lending the exhibits the space. Los Angeles native, Dr. Pedro Chan brought the grand-daughter of Chennault, Nell Calloway, who directs the Chennault Museum in Monroe, LA USA as honored guest. Would have liked to had Debbie Huang, the youngest daughter of Kunming's famous Jen Lin Huang, aka China's "Meeter & Greeter" who stood by the Chiangs at hundreds of wartime events and owned a home outside the city where many AVG Flying Tigers visited... however, she was ill at the time. J.L. Huang was director of the Wartime Services Commission, responsible for all housing and feeding America airmen & soldiers; previously he had been affiliated with the YMCA programs, and was selected to arrange the honors for Dr. Sun Yat-Sen's masoleum memorial ceremony. He also ran a series of officer & enlisted men's clubs around Kunming for the Americans, and became a great friend of Chennault.
There were bags of 'goodies on' opening day, the 20th. I came away with Flying Tiger T-shirts; camo museum logo cap; DVDs and a nice pen set as well as booklets in Chinese & English on the Flying Tigers - in a museum Logo'd sturdy shopping bag. Gotta Luv It!

Is this aircraft at the museum??

Not that i could find?

A lengthy piece on Flying Tigers just published on CNN. Also a short video showcasing one of the last three living volunteer pilots, a 96-year old Losonsky. Cool pictures of the cool P-40 fighter planes in air are featured too.

The article even briefly mentioned Kunming...

"Chennault expressed his disappointment at his group's first combat mission against Japanese bombers attacking the AVG base in Kunming, China, on December 20, 1941. He thought the pilots lost their discipline in the excitement of combat."

Someone should let CNN know, Frank Losonsky died at age 99 earlier this year in February. Apparently he was the last remaining Flying Tiger.