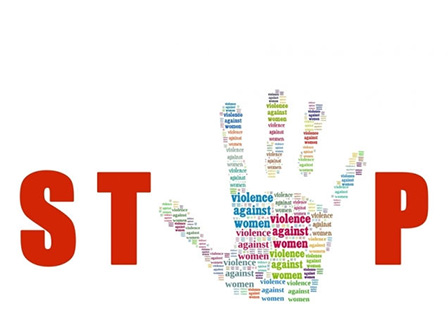 Sunday was the United Nations' International Day for the Elimination of Violence Against Women. Domestic abuse is a seldom discussed problem in China that affects an estimated one quarter of the female population. In Kunming the day was observed by the Yunnan Women's Federation (云南省妇联), which opened the city's first privately run battered women's shelter, Yunnan Net is reporting.

To protect the anonymity of victimes of domestic violence, the facility is at an undisclosed location. People who need to contact the shelter must first call the Women's Federation at 4142931 to receive further information.

The center provides counselling services by professional social workers and has living space for up to 10 women and their children. The shelter is equipped with a small stocked kitchen, bathroom, living area and bedroom. Women using the shelter will not be charged and the duration of each person's stay will be determined by their circumstances.

Domestic abuse in China, as in many other countries, frequently goes unreported. When reported, authorities often choose not to investigate what they consider to be 'family matters.'

Although most provinces have laws against domestic abuse, they are often vaguely worded and do not include provisions for punishing offenders. The National People's Congress Standing Committee has committed to writing national domestic abuse statutes this year. Activists are pushing for laws that include punishment guidelines as well as legal recourse for victims.

Domestic abuse entered the national discourse last year when Kim Li, wife of Crazy English founder Li Yang (李阳), posted photos of herself on her microblog after being severely beaten by her husband. She was seven months pregnant at the time. Public outcry over the photos coupled with Kim's inability to secure a divorce after three widely-publicized attempts are credited with spurring reform of current domestic violence laws.

One quarter of the female population? Wow!

i had heard that chinese women had by far the highest rate of suicide of any country in the world. Something like a suicide every 18 seconds.

Tallamerican, if that is true then I can certainly understand the pain caused by this problem.

@Magnifico: sadly, 25% seems to be about the world average.

Is the shelter really privately run? If so, by what organization and are there publicly run shelters in Yunnan?

@scally, really?!? man, there must be a lot of stuff going on behind closed doors that no one talks to me about then. I've only ever met 1 woman who claimed to be getting smacked around by her husband. This was in a remote part of China and the authorities didn't intervene in such matters. She solved the problem by getting her brother to smack the husband around.

but man, it's hard to believe the numbers. are men all a bunch of animals or what?

Alcohol plays a good part in all of this. The culture of drinking 'til you're drunk.

yeah, i was just thinking that tainted baijiu was a factor. but if it's worldwide, then i'm not sure.

outside the last apartment complex i was living, i heard fights between couples at least once a week at 3 am. and they were rather LOUD arguments. pretty nasty.

Sadly I called and got no answer. I wanted to donate Western Ladies clothes and shoes.

Battered is an adjective best applied to fish. Violently abused seems more accurate to me.

Just called that number and got through, Tuesday 11am.

My Chinese isn't great, but if anyone can call and ask what kinds of things they have need of (clothes, blankets, toiletries, childrens' toys) or any ways I can donate my time to help out, I'd be keen on knowing...