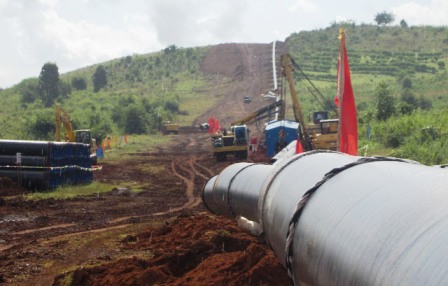 A 16 billion yuan (US$2.5 billion) oil and gas pipeline running from Burma's coast and ending at an Anning refinery is running into serious opposition and raising the specter of the Myitsone Dam controversy.

The project, referred to as the Shwe pipeline, is facing fresh criticism from Burmese Parliamentarians. The country's democratic coalition, led by the Rakhine Nationalities Development Party has introduced a motion to suspend work on the 2,800 kilometer long, Chinese-funded project, China Finance Online is reporting.

Lawmakers are responding to environmental concerns, reported labor strife and claims by villagers living in the path of the pipeline that they are experiencing forced relocations and intimidation by violence. Other villagers say they have moved willingly but never received payments promised by the Burmese government. 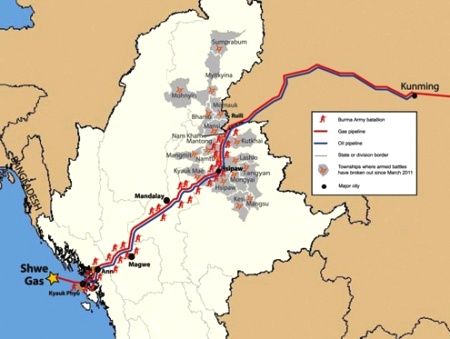 Complicating the situation is the course of the pipeline, which runs through northeastern Myanmar's Shan State, and enters China near Ruili. The area through which the pipeline runs is experiencing one of the world's longest ongoing civil wars. In 2011 thousands of people fled intensified fighting between Kachin guerillas and the Burmese army and sought refuge in Yunnan.

The United States is quickly opening its once-closed doors to Myanmar and this may be raising pressure on China National Petroleum Corporation to complete the Shwe project.

Construction on the Shwe pipeline began in 2009. When completed in 2013, it will give China access to reserves containing an estimated one billion barrels of oil and 22 trillion cubic feet of natural gas located in the Bay of Bengal.

The pipeline through Myanmar is an important component of China's long term energy strategy. Shipments through the pipeline will also come from oil fields in the Middle East and Africa. The pipeline is an attempt to bolster China's energy security by minimizing its reliance upon oil imports shipped by tanker ships through the narrow and US-controlled Strait of Malacca.