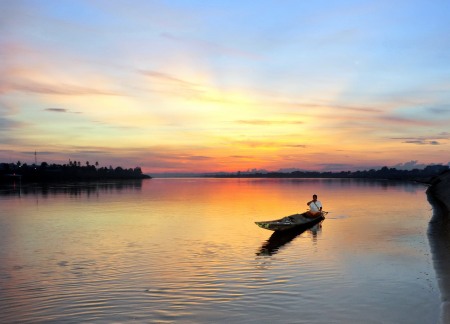 Sunset fishing on the Mekong River

The Mekong River flows through six countries and supports 70 million people as well as many rare plant and animal species found only in this part of the world. Ecosystems sustained by the Mekong are under threat from 29 hydroelectric dams that are currently completed, being built or in planning.

Three experts on the Mekong basin have published a report highlighting critical issues and recommending ways to minimize damage to the region's ecological balance.

The paper, Mekong hydropower: drivers of change and governance challenges, was authored by Dr R Edward Grumbine, John Dore and Dr Xu Jianchu. Grumbine and Xu are colleagues at the Kunming Institute of Botany and Dore works for the Australian Agency for International Development.

Central to the paper is the question of how to sustain economic growth and meet rising energy demands in the Mekong River basin while simultaneously protecting the life it supports. 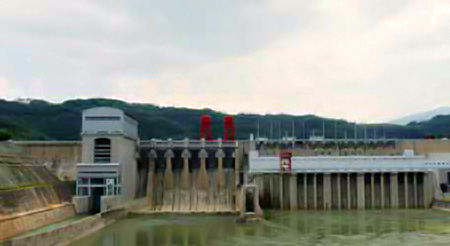 The dam at Jinghong

In China alone, there are 17 operational or proposed dams along the river, where it is known locally as the Lancang River (澜沧江). Downstream in the lower Mekong basin no dams have been built on the mainstream, although 12 are under consideration. The lower Mekong is one of the longest undammed stretches of river in the world.

The demand for energy and water resources in Southeast Asia's growing cities is a major driver behind planned Mekong dam projects. The region, like China, is experiencing a demographic shift toward urbanization. Cities in lower Mekong countries are forecasted to add 33 million people by 2025.

One solution to growing urban energy demands is to harness the Mekong's hydroelectric potential. Supporters say that this strategy leads to greater energy independence and more wealth for the concerned countries.

The paper argues that further disruptions to the flow of the Mekong, such as reservoir formation, would greatly alter riparian ecosystems and raise the risk of water-borne diseases. Reservoirs behind proposed dams would also displace 100,000 people and flooded areas would adversely affect the livelihoods of millions of farmers and fishermen. 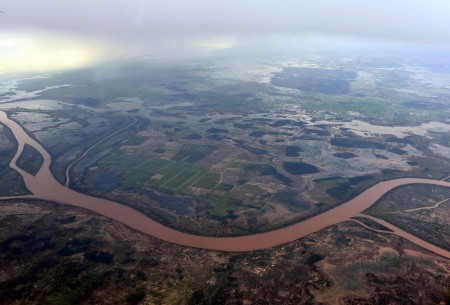 The report recommends that governments throughout the Mekong basin should consider watershed maintenance a cooperative effort, stating that "each Mekong country must understand that sovereign security increasingly depends on cooperative environmental decision making."

Coordination among the Mekong countries has been slow in coming, but it has improved over the last two decades. Laos, Cambodia, Thailand and Vietnam formed the Mekong River Commission (MRC) in 1995 to address regional issues. China and Myanmar are currently engaged as dialogue partners.

The MRC has been a purely advisory entity in the past but its role in international discussions regarding the Mekong is growing. In 2010 the MRC recommended that all dambuilding on the lower Mekong be suspended for 10 years while suitable risk assessment studies were completed. Nevertheless, Laos is continuing to move ahead with its planned dam at Xayaburi. 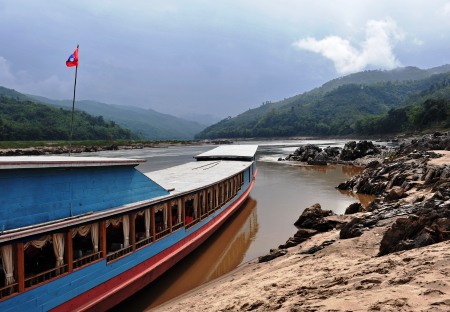 Site of the proposed dam at Xayaburi, Laos

The fate of the Mekong River – whether it is destroyed or partially saved – will be decided in the capitals of the countries through which it flows. The success or failure of the MRC to coax regional governments down a sustainable – or relatively sustainable – path will hinge upon the willingness of those governments to view each other as being charged with joint stewardship of the river, rather than as competitors for a limited resource.

As Grumbine, Dore and Xu note, a major paradigm shift will need to occur if the river is to be spared:

"Hope for the future of the Mekong lies with new definitions of what constitutes 'reasonable and equitable' utilization, crafted within a context of informed regional diplomacy."

This is a very well written brief summary. One would like more clarification of how many dams are built, how many under construction, how many ready to move from plan to reality, how many still just on the drawing boards. And how many are currently on some sort of hold, and whether the hold means anything. But all that may be impossible to know, except of course for the ones already out there.

One is tempted to conclude there is no hope. If everything depends on the willingness and the ability of the governments the river goes through to cooperate intelligently, then surely there is no hope. When has that ever happened in the past, anywhere in the world?