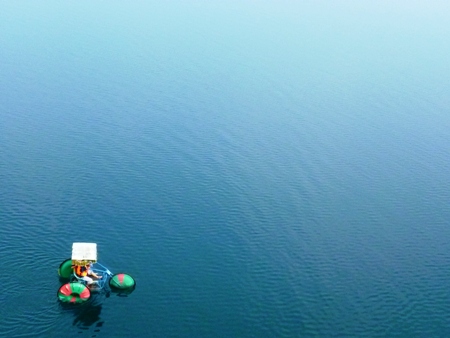 Fuxian Lake: At its lowest level in 10 years

Yunnan may be landlocked, but it has some of China's most abundant water resources, most notably the upper reaches of the Yangtze, Mekong, Salween, Irawaddy and Pearl rivers.

The province also has more than 40 highland lakes that have traditionally served as important sources of drinking water plus fish and other aquatic edibles for some of Yunnan's most populated areas. In recent years the lakes have also been increasingly important to Yunnan's fast-growing tourism sector.

Today it seems unwise to assume that Yunnan's lakes will continue to provide as they have in the past. Recent studies suggest that the accumulated effects of three successive years of drought are already posing a major threat to the future of Yunnan's lakes.

On average, Yunnan's nine largest lakes have lost 70 centimeters of depth since this time last year, according to recently released government data. It is estimated that the nine lakes have shed a total of 292 million cubic meters of volume during the same period. 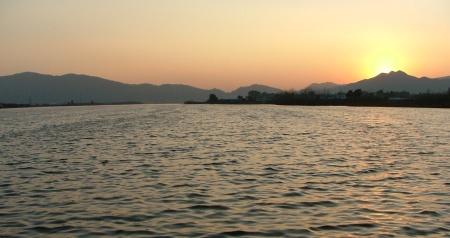 Dianchi Lake (滇池), Yunnan's largest lake and China's eighth-largest, is 33 centimeters below its normal level and has lost 83.1 million cubic meters in the last year. It is believed that if no substantial rains come by June, Dianchi will drop another 45 centimeters. This could have a major impact on the shallow lake, which has an average depth of 4.4 meters.

Meanwhile Fuxian Lake (抚仙湖) has dropped to its lowest level in 10 years and adjacent Xingyun Lake (星云湖) is already at its lowest-ever recorded level. The two lakes have dropped below official government warning levels and are 1.8 meters lower than they were four years ago. 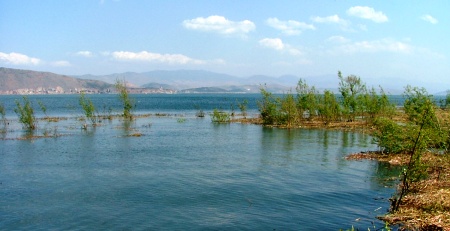 Erhai Lake: Almost a meter lower than a year ago

In addition to water loss via evaporation, Yunnan's lakes are also receiving less water from the rivers that feed them. According to official data, 273 small- to medium-sized rivers in the province have already run dry.

One hundred years aho, Kingdon-Ward, recorded that the Mingyong glacier in North Yunnan was melting. Same time he recorded that Draksum Lake in Tibet was shrinking.

Now today people are coming up with these same observations - like big news. Geocachers are running along the shores measuring lakes that have been shrinkin the last thousands of years.

Maybe in August the news is that flooding has raised the level 10 meters. It would be good if those lakes would shrink up so we could see whats inside there. Yunnan history since Han dynasty.

I second that numpty allegation. And regardless of whether or not numpties have valid arguments against climate science, 100 years ago there weren't 46 million people in Yunnan relying on that water.