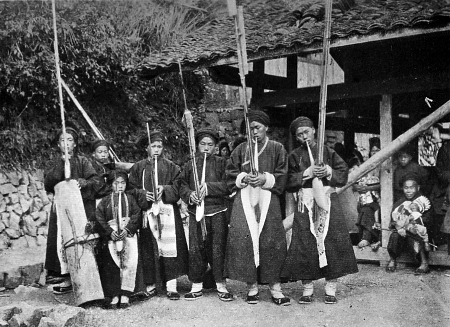 Among the Tribes in South-West China by Samuel R Clarke begins with the epigram:

"There is probably no family of the human race...of which so little is accurately known as of the non-Chinese races of Southern China."

The book was originally published in 1911, and yet to a certain extent, that statement still rings true today.

By his account Clarke was a missionary in southwest China for 33 years, beginning in 1889. He traveled extensively in Guizhou, Yunnan and Sichuan over that time, his ethnographic studies focused mainly on the Miao ethnic minority and their subgroups.

Clarke extensively studied Miao language, culture, history and the major differences between what he referred to as the different Miao 'tribes'. His book also includes brief sketches of the Chung-chia (today's Buyi) and Lo-lo (a subgroup of the Yi) minorities.

These detailed and informative ethnographic studies are the focus of the first half of the book. The remainder is devoted to anecdotes about the missionary work Clarke and his family performed around southwest China, as well as some of the problems they inevitably encountered. 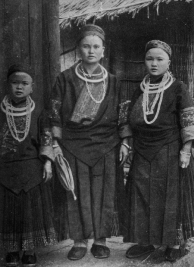 The Miao language, according to Clarke, resembles Mandarin in that it is tonal. He is unable to figure out just how many tones there are because there are simply too many dialects through which to wade. This was such a problem that villages had trouble communicating with each other.

Clarke also notes with particular interest that the Miao have no written language. Consequently, their creation stories and traditions are all oral. Clarke quotes at length from the creation stories, which he transcribed and translated with the help of his teacher.

These stories are sung by separate groups of men and women in a call-and-answer style. Clarke draws extensive parallels between the Miao creation myth and the biblical story of Noah's Ark. 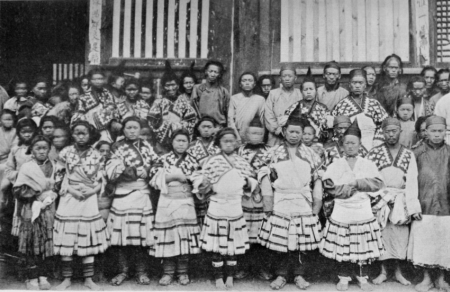 Mythical traditions similar to the Bible and Clarke's own missionary work aside, the Miao of the late 19th century were strictly animists. They had no priests or idols, and musical festivals took the place of more formal religious rites.

Wizards played an important role in Miao society, acting as doctors and in times of serious trouble, exorcists. Clarke explains that Miao stories are completely lacking in moral direction; nothing is right or wrong in the traditional tales. He finds this shocking because the Miao he met had almost daily contact with Han Chinese and must have known about Confucianism. 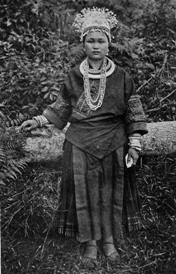 After cataloguing Miao culture in some detail, Clarke does the same for the Chung-chia and Lo-lo minorities. And although his observations of the Miao were often made in comparison to Han Chinese, he compares the Lo-lo and Chung-chia solely to the Miao. He does make a point of saying, rather flippantly, "The Chinese do not despise the Chung-chia as they do the Miao".

In another interesting aside, Clarke describes the Lo-lo as living in a near-feudal society where the Black Lo-lo were land-holders and the White Lo-lo virtual serfs.

The book's latter portion deals exclusively with Clarke, his family, and their friends' experiences while doing missionary work. This section is much more personal and accessible than what precedes it and contains many stories and personal anecdotes.

Perhaps the most interesting story is a chronicle of what missionary life was like during the Boxer Rebellion at the turn of the century when Empress Dowager Cixi declared war on all foreign powers, which severely complicated life for missionaries across China. These anecdotes do much to rescue the book from plunging into academic dullness. 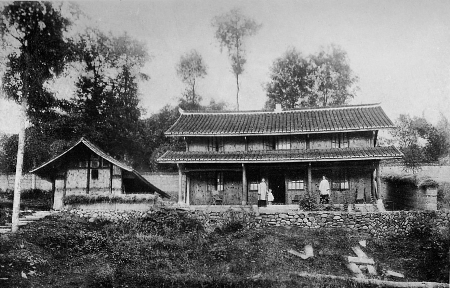 A mission house where Clarke worked

In Among the Tribes, Clarke does have a tendency to drift toward ethnocentrism. But this was likely more a product of the times than personal bias, and takes little away from the book's overall importance.

Readers interested in detailed accounts of early contact between the West and southwest Chinese ethnic groups or the history of Western missionaries in this part of the country should find this book especially rewarding.

Clarke's work is a seminal attempt to understand cultures still obscure to the Western world. His descriptions of Miao culture and tradition are still quoted today, and they help to demystify and humanize a group of people that remains unfamiliar to most outsiders.

Among the Tribes in South-West China, published by Caravan Press (2009) is available at Mandarin Bookstore for 98 yuan and can also be purchased at Prague Café's Beichen location. It can also be ordered online at mandarinbooks.cn.

I read this book a year ago and was appalled initially to see that it was in fact written by a missionary. (I would never intentionally give a penny to a missionary.) Having said that, I read the first half of the book since he did try to separate the anthropology from the missionary BS. And there were indeed a few interesting observations about the ethnic groups and he had clearly bothered to learn a lot about the languages.

Still, even the first part can't help adding in religious judgments and hypocritical nonsense. People are viewed from the perspective of their willingness to accept a load of you-know-what without becoming physically ill.

I passed my book along to a Christian and still feel guilty for having bought it without paying enough attention to the source/author.

The only people who bothered to travel to this part of the world back then were pretty much all missionaries. In fact almost all the early knowledge about Yunnan comes from missionary sources. I have to respect their resolve and scholarliness. I don't think being a missionary back then, given the historical context, should be subject to the same judgement that it is today.