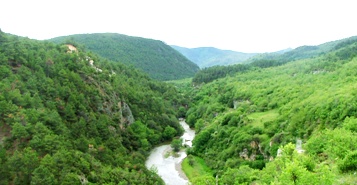 China's State Forestry Bureau has announced that it will block the buyout of Yunnan Yunjing Forestry and Paper by Indonesia-based Asia Pulp and Paper (APP) due to fears that state assets were being sold too cheaply, according to a report by the Shanghai Daily.

APP subsidiary Hainan Jinhai Pulp and Paper Co has been ordered to scrap its attempt to acquire a 58 percent stake in Yunnan Yunjing Forestry and Paper for 700 million yuan (US$ 90 million). The acquisition would have enabled APP - often criticized by environmentalists for its logging policies - to log 667 square kilometers (1,670 square miles) of state-owned forest. APP and parent company Sinar Mas Group have been operating in Yunnan since 2002.

According to a Forestry Bureau's announcement, the deal between Hainan Jinhai Pulp and Paper and Yunnan Yunjing Forestry and Paper was being scuttled by the government because the forest resources at stake had been illegally valued and the sale price agreed upon by the two companies was too low. The bureau characterized the deal as 'short-sighted'.