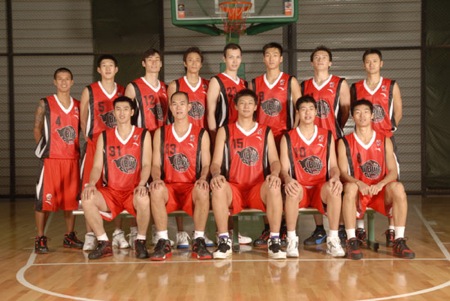 The Running Bulls in an undated photo

Yunnan's defunct professional basketball team added another chapter to its troubled history yesterday when its former director went on trial for corruption, misappropriation of funds and embezzlement.

Han Zhikun (韩志昆) became director of the Honghe Running Bulls (红河奔牛) in 2004 and oversaw the team during its rise from a lower league to the Chinese Basketball Association, the country's premier professional league.

He was also director during the Running Bulls' subsequent spectacular financial collapse. The team was ejected from the CBA in 2009 for non-payment of wages to its players and coaches and failure to service its debt.

The Running Bulls were originally based in Mengzi in Honghe prefecture, but later moved to Kunming. The team has not been re-added to the CBA roster and appears to no longer be in operation. 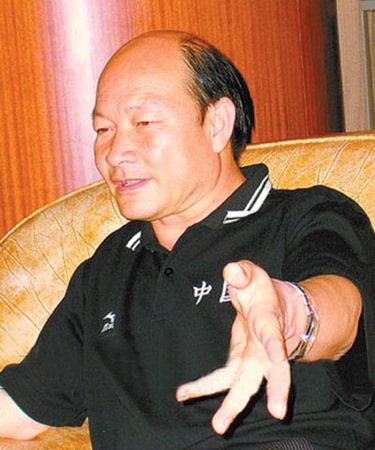 The details that are coming to light in Han's trial offer some possible explanation of why the Running Bulls ran themselves out of the CBA.

Prosecutors charge that in 2005 Han used his position at the Running Bulls to facilitate a loan of 150,000 yuan for renovations of a personal property. After the loan expired and more than 144,000 yuan was outstanding, Han allegedly ordered the Running Bulls finance staff to pay it back with company money.

He is also accused of siphoning off more than 50 million yuan of government basketball development funding furnished by Beijing and using some of it to purchase a luxury apartment.

Lastly, he is charged with using the influence of his office to enter into several business deals in Mengzi worth hundreds of millions of yuan that were directed through his personal bank accounts.

"I didn't embezzle any money," Han told the judge at his trial yesterday, "the club still owes me money."

The maximum penalty if Han is convicted will be life in prison.

"I didn't embezzle any money," Han told the judge at his trial yesterday, "the club still owes me money."

lol, that made me laugh. Probably he also believes it. All these corrupt guys should be put in jail for the rest of their lives.

And don't tell me this is an excemption. Over 1 million cars in Kunming, a city with 5 to 6 million ppl and an average yearly income of 12'000 yuan.
I wonder how that works, unless you do some monkey business.
Problem is that all this monkey business is hurting not only the economy, but also the is affecting everybody. Polution is only one side effect, food security another one. It goes on and on, but these ppl don't care about others only about their Porsche Cayenne or Benz they drive in a drunken state.

Beijing? hahahah, if the fews up there really can make a difference, there wont be "total depravity."