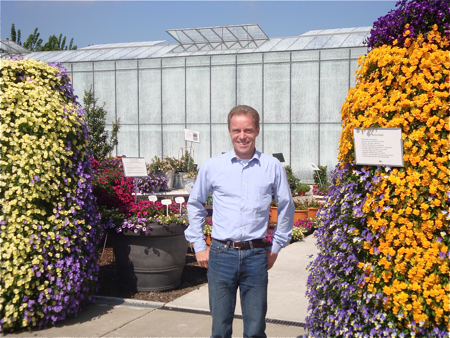 The Netherlands, at around one-ninth the size of Yunnan, may be more typically associated with multinationals like Philips, Unilever and Shell than agriculture.

But the small nation also has the world's third highest exports of agricultural products—more than €58 billion (US$74 billion) in 2007 alone.

A significant part of these exports are floricultural products such as fresh cut flowers and flower bulbs. But for logistical reasons it is not practical to export many of these products to Asia—a region where the growing Chinese economy is pushing up demand for cut flowers and ornamental plants.

So the Netherlands has taken the flowers to Asia. Roeland Schuurman is the chief representative of the Netherlands Agribusiness Support Office (NABSO) Kunming, which supports Dutch agriculture in China with a focus on flower growers and breeders, as well as associated supporting industries. GoKunming spoke with him recently about NABSO Kunming and the state of the industry in China:

Roeland Schuurman: About eight years ago the Dutch Department of Economic Affairs established the office as a Netherlands Business Support Office (NBSO). The office's current incarnation goes back to about two years ago when the Department of Agriculture took it over in order to support the Dutch flower sector in China, which is mainly based in Yunnan.

GK: Why did The Netherlands decide to make Kunming the base for its agricultural presence in China?

RS: Actually, the Agricultural Counselor is based at the Dutch Embassy in Beijing. NABSO's location in Kunming was decided in conjunction with the floriculture industry in the Netherlands because Kunming is the floriculture center of China. This is mainly due to the Kunming area's favorable climate and it's the reason more and more Dutch companies are becoming interested in accessing the East Asian market from here.

GK: How many Dutch floriculture companies have been established in Yunnan?

RS: There are about ten Dutch floriculture companies present in Yunnan. Most of the current companies started their business three to four years ago, spurred by growing Chinese flower demand, the developing Yunnan flower sector and the availability of subsidies from the Dutch government.

GK: What are the main areas of business that Dutch floricultural companies in Yunnan are involved in?

RS: The companies cover a wide range of products, from bulb production and trade, rose production and breeding, young anthurium plants, and perennial production to a high tech tissue culture lab for propagation of flower cuttings. Furthermore, Kunming has a production facility for cold storage and an agent for post-harvest treatment. 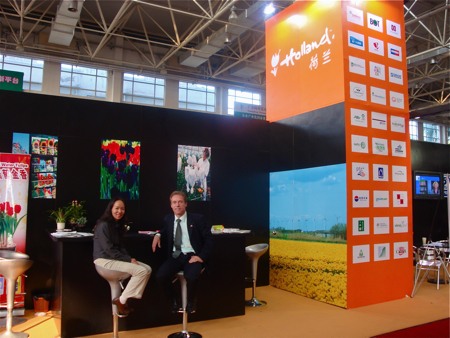 GK: In which ways does NABSO Kunming support these companies?

Also NABSO serves as the centre of the Dutch community in Kunming, through, for example, organizing the yearly Queen's Day Party and watching the World Cup. 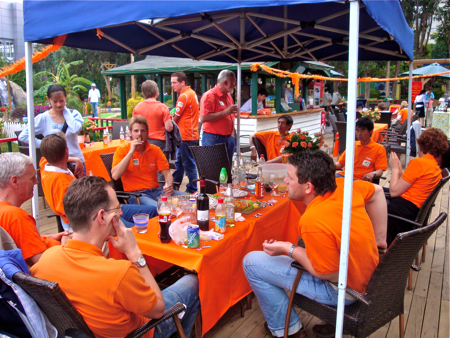 GK: What are the primary markets for flowers grown in Yunnan by Dutch companies?

RS: The primary markets for the end products are mainly China's wealthy east coast cities and exports to Japan and South Korea. Most Dutch companies, however, are supplying plant propagation materials to Chinese floricultural companies, which in turn grow the plants to maturity.

GK: Were the Dutch flower producers affected by the recent drought?

RS: The Dutch flower producers were relatively unaffected by the drought, due to adequate greenhouses and water supplies. Some even benefited from increased flower prices. However, another summer with relatively little rain might cause serious problems.

GK: What else do Dutch agricultural companies grow in Yunnan aside from flowers? 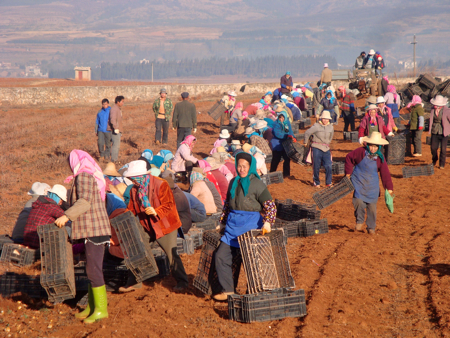 GK: What are the main challenges for foreign agricultural companies doing business in China?

RS: A challenge is to deal with basic daily problems with infrastructure, power supplies and securing good middle management. Also the issue of breeders' intellectual property rights is hard to tackle, although this is improving. Finally, the Chinese government requires that foreign companies working in many sectors form joint ventures with a Chinese company in order to stimulate knowledge transfer.

GK: How can Kunming improve its competitiveness as an international trade hub?

RS: Efficient logistics and other facilities—like reliable supplies of power and water—are still weak points in Yunnan. In floriculture, the relatively favorable climate and cheap land and labor can often compensate for these weaknesses, depending on the type of company. However, with the price hikes of the last few years and the recent drought, Yunnan might lose its competitive edge if infrastructure cannot be further improved.

GK: What impact do you think the new airport will have on Kunming's status as a global horticultural center?

RS: Actually, Kunming definitely doesn't have that status yet, as it is still mainly supplying the Chinese market. A lot depends on the development of international flights, both for cargo and passengers. Direct flights to several western cities are needed, but also adequate storage facilities and cargo handling.

And other facilities are necessary outside of just the airport itself, such as western standard secondary education. In horticulture, Chinese companies need to be upgraded to offer quality products for export markets, which only a small part are able to do so far.

International horticultural business will only grow when these issues are addressed; but to address these issues international flights will be needed. So the question is if airline companies are willing to invest long term.