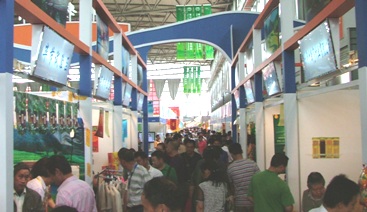 Inspired by finally making it out to the Stone Forest recently, GoKunming decided yesterday to attend the Kunming Fair for the first time.

The five-day fair, officially known as the 18th China Import & Export Fair, Kunming, is being held in conjunction with the third South Asian Countries Trade Fair at the Kunming International Convention and Exhibition Center through Thursday.

Despite being smaller and less famous than its counterpart in Guangzhou, the Kunming Fair is surprisingly large in terms of the number of importers and exporters present as well as the variety of goods available.

Admission to the Kunming Fair is 30 yuan, and if you don't know where tickets are being sold, you may end up spending as long as we did trying to figure out where to hand over your cash - most of the event staff and security we asked didn't have any idea where to buy tickets. 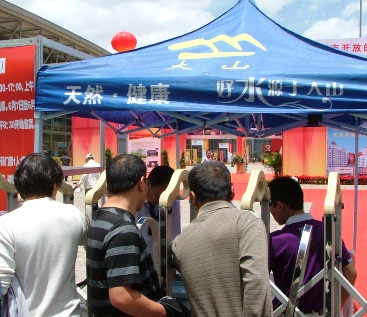 Surprisingly, non-vendors who wish to enter the fair have to buy their tickets at an unmarked section of the security fence at the entrance, literally handing money through the fence. We only had a 100 yuan note and the people selling the tickets had limited change, so we bought three tickets and sold one to a woman next to us who also only had a 100 note.

Like many other people huddled near that portion of the fence, we were impressed at how sloppily the ticket situation had been handled for the fair, which is arguably Kunming's highest profile international event.

After passing through security, we were welcomed by six massive halls, each featuring a theme: 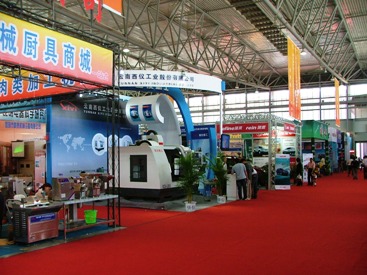 Halls 1 and 2: Machinery and electronics
Not being in any particular need of the highly specialized mechanical and electronic equipment available in these two halls, we did a quick walk-through, stopping only to gawk at a massive lathe. 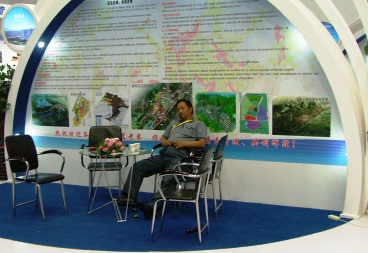 Hall 3: Yunnan foreign-invested enterprises; Yunnan investment; chemicals and minerals
Yunnan's 'face' at the fair, this hall had some lackluster performances by both foreigners and locals. Some foreign companies like Wal-Mart rented booths but seemingly forgot to staff them. Some investment bureaus like Kunming's Wuhua district were represented by well-run booths with plenty of information, but some staff at booths from other locations around Yunnan couldn't stay awake.

Hall 4: 'Biological resources'
This hall primarily features food products and beverages as well as the requisite over-the-top furniture sets made from wood of questionable origin. An excellent chance to take a baijiu tour of Yunnan. 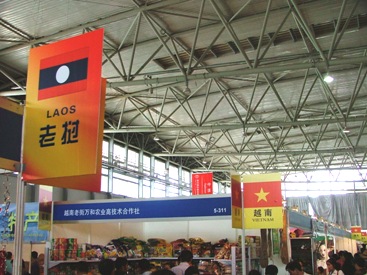 Hall 6: South Asian Countries Trade Fair
This hall features exporters from India, Pakistan, Nepal, Bangladesh, Sri Lanka and Afghanistan. Walking through this hall, it is hard not to feel that Kunming's interaction with South Asia is just beginning.

Last year's Kunming Fair and South Asian Trade Fair generated US$2 billion in trade, and from what this week's participants told us, this year's fairs are likely to break that total.

The Kunming Fair and South Asian Countries Trade Fair runs daily through Thursday, from 9:30am to 5pm. For more information, don't bother visiting the fair's official English website - it is useless.

It's not surprising that the Kunming Fair is just as unorganized as ever.
Having visited on previous years, there is little initiative to visit again.
I might point out that the reason for the absence of a ticket booth is due, in my opinion, to anybody who is anybody in Kunming being given neck tokens (tickets) by friends of friends (if you know what I mean?). My previous experience indicates that the booth staff recycle their passes many times back through the fence.
Only in Kunming!