Tan Kah Kee (陈嘉庚: Chén Jiāgēng, 21 October 1874 – 12 August 1961), was a Chinese-born Singaporean businessman, investor, and philanthropist. He was a community leader and philanthropist active in Southeast Asia, Hong Kong, and various Chinese cities such as Shanghai, Xiamen, and Guangzhou. A prominent figure in the overseas Chinese community in Southeast Asia in the 20th century, he was responsible for gathering much support from the community to aid China in major events such as the Xinhai Revolution (1911), the Kuomintang's Northern Expedition (1926–28), and the Second Sino-Japanese War (1937–45). Apart from donating most of his assets and earnings to aid China in those major events, Tan set up funds in Southeast Asia and Hong Kong and contributed to the establishment of several schools in Southeast Asia and China's Fujian Province, including Xiamen University. 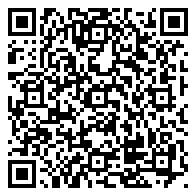