Halloween is aboot to fill the turtle with blood, doom, and death for the next week! From the 26th until the holiday itself, each night will be filled with bands, DJ's all in our secret alien testing lab, Tutlea 51! Don't miss out on this special week at the Turtle! FREE TEQUILA EVERYDAY FOR THOSE IN COSTUME! (But not like half assed bunny ears and nothing else, put a little effort into it, I mean, at least some buckteeth and whiskers or somethin)

Thursday 25th
American Southern Blues Legend Dale Ikethat is joined by his studly ducks to warm up with classic tunes followed with DJ D.fighter bringin' house and techo after 12

Friday 26th
For the first time at the Turtle, Nationally touring Kongling band will be comin in full dress to take you into outerspace early on, with The visual mind melt of Visualazationista Melaka joined by DJ's Dizkar and Try Me to keep you in space till morning!

International Rockers wreck you up with beefed up hits from the modern era back to the 70s with DJ Aka sis grooving you down with funk, disco, latin and afrobeat late into the night!

Monday-
Jazz night....if the soultry sounds of jazz could kill you, this might be the night. Legendary Female Vocalist Sandra P is joined by the jazz hands to keep it cool and sensual early on, with Funktastic Grooveamaster DJ Boogie keepin it hot and ole school late in the night.

HALLOWEEN NIGHT
PUDDLES ALIEN SPACE WARM ODDESY- If you haven't had a chance to see Puddles, the band that will one day become internationally acclaimed, don't miss this once and a life time opportunity to see the most insane, groovin, bloodfilled, deathfully performance they will EVER PUT ON!!!!! Complete insanity is putting what is going to happen lightly, very, very, lightly. Latenight funk with AKA SIS and Hip Hop with Faderchen! 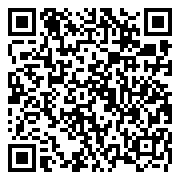 August 8, 2022 "I have been recruiting foreign teachers for kindergartens in Yunnan Province for a long time. If you see this information, you can add me wechat（15198 …"
Living in Kunming Al pacino