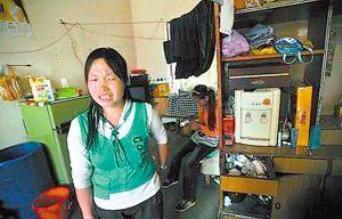 The Kunming Public Security Bureau announced yesterday that an investigation team has been assembled to look into the wrongful arrests of two young girls for prostitution in March. The investigation was announced after increasing criticism of the police on the internet, much of it suggesting that the police fabricated the charges against the girls.

The two girls, Liu Fangfang, 15, and Liu Lili, 13, were arrested in front of their home in Kunming at 8:00 pm on March 16, along with their parents and two male friends. All were released the following afternoon after the Kunming Forensics Hospital examined the Liu sisters and determined that they were both virgins.

According to the Liu family's lawyer Xu Xinghua, shortly before the girls' arrest for prostitution, their parents had experienced a dispute with some local residents while working at the public toilet that they manage in the Wangjiaqiao area of the Wuhua District.

Afterward, police claim that a foot officer and two officers in training were propositioned by Liu Fangfang, who reportedly asked "Do you want to play?" ("要不要耍一下?"). While waiting for police from the Wangjiaqiao police station with the authority to arrest to arrive, the officer and cadets allegedly saw a man in his 30s enter an apartment with Liu.

Minutes later, police say the man left the apartment with Liu, when the foot officer identified himself and told the man to stay. According to police reports, another man emerged from the room and attacked the officer, starting a fracas in which several were injured and the Liu sisters were eventually arrested for prostitution in front of a large crowd.

Police told Kunming media that the violence against officers of the law was wrong, but also conceded that the girls were released the next day because of a lack of evidence that they were involved in illegal activities.

Liu Shihua, the girls' father, said "I suspect we're being persecuted by the police station."

Today, somewhat unexpectedly considering the date, the China Daily published an English-language commentary on the Liu sisters' "virgin prostitution", reprinting translated portions of a Chongqing Times article that takes a harsh line against the police. Here are some exerpts:

As has happened in similar cases before, the police arrested the victims based on hearsay and used torture to extract confessions. Their enforcement of the law by the "presumption of guilt" has rarely been challenged.

It is unimaginable how much the two young girls would have suffered but for the hospital certifying their virginity. In all likelihood, they would have been put behind bars. Thus defamed and their dignity trampled upon, the girls would have had to live with the stigma and social discrimination.

Although many years have passed since legal authorities advocated the principle of "presumption of innocence", sections of the police continue to be casual, careless and violent in the way they handle cases. Therefore, it is not surprising that the victims of injustice, instead of the police, are burdened with responsibility of proving their innocence.

That'll teach 'em. Girls that age shouldn't be doing stuff like that. They need to study hard and play duo mao mao in their spare time.