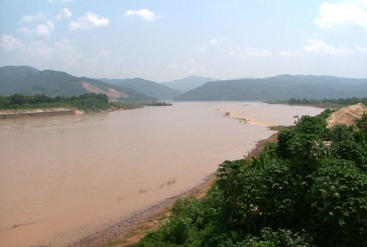 China's plans to build a series of eight dams on the upper reaches of the Mekong River have come under criticism by the United Nations, which released a report last week stating that the Chinese plan "may pose the single greatest threat to the river".

The Mekong River – known in China as the Lancang River – is a source of food and livelihood for the 65 million people living in the river basin in Yunnan, Laos, Myanmar, Thailand, Vietnam and Cambodia.

The river's water quality has deteriorated in recent years, but according to the UN report, it has not yet reached "alarming levels". However, China's dams would likely lead to "changes in river flow volume and timing, water quality deterioration and loss of biodiversity." The area's wealth of biodiversity recently received global attention with the discovery of 1,000 new species of animals and plants in the region. 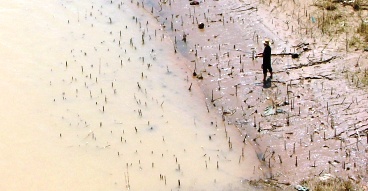 China is not the only country with big dam plans for the river – Laos is planning 23 dams on the Mekong and tributaries of the river to be finished before 2011. Vietnam and Cambodia also have plans to build new dams on the river.

The Greater Mekong Subregion (GMS), which includes Yunnan and Guangxi plus the five countries through which the Mekong flows, is experiencing rapid development and economic and industrial expansion.

This dynamism will increase pressure on the river, but according to Mukand S Babel, one of the authors of the UN report, "The Mekong is in good condition at this time and can take more pressure such as irrigation development or industrial development."

The report did note that river basins along the Mekong including Tonle Sap in Cambodia, Nam Khan in Laos and Sekong-Sesan Srepok in Vietnam and Cambodia are in danger from increasing water demand and development and called for coordinated planning by the region's governments to deal with existing and future problems before they get out of hand.

11 years since Chris Horton's piece on China's plan to construct eight dams, a recent study by the US government funded research & consulting company Eyes on Earth Inc. reported that "according to satellite data 11 Chinese dams held back water at a time when China had higher-than-average levels - while levels downstream were at their lowest in over 50 years."

As previously mentioned by Chris, SE Asian nations like Vietnam, Cambodia, and Laos had own plans to build dams along the Mekong and tributaries. All were competing for pieces of the pie, despite potential biodiversity fallout. So it doesn't come as surprise the inter-governmental body of The Mekong River Commission (which consists of Laos, Cambodia, Vietnam, and Thailand) responded that the above-mentioned study conducted by Eyes on Earth Inc. "did not prove that the withholding of water caused the drought" in the lower Mekong basin.

While US based "satellite measurements of 'surface wetness' in China's Yunnan province, through which the Upper Mekong flows, suggest the region in 2019 actually had slightly above-average combined rainfall and snowmelt during the May to October wet season."

Who's telling the truth? Difficult to know fore sure these days as the US and China jostle for hegemonic control for global influence on all foreseeable fronts. From WHO/pandemics, 5G technology of Huawei, South China Sea, to the Mekong.