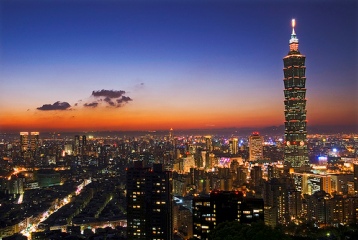 A company spokesperson told GoKunming today that the services from Kunming to the Taiwanese capital will be handled in the same way as other international flights out of Kunming Wujiaba Airport. Mainland Chinese will need to apply visas via the Kunming Municipal Public Security Bureau. Flights will be available to foreigners traveling between the mainland and Taiwan, with different countries subject to different visa policies.

Previously, anyone flying between the mainland and Taiwan had to do so via a third city such as Hong Kong, Macau or Tokyo, making the trip both inefficient and expensive. Now the trip from Kunming to Taiwan will only be expensive: full price for a round-trip flight on China Eastern from Kunming to Taipei is 10,250 yuan before tax.

[Update: It appears we received incorrect information from the China Eastern representative we spoke with — it is being reported elsewhere that the flight is 2,000/3,200 one-way/round trip. The December 27th flight will be discounted at 800/1,500 one-way/round trip. All prices are pre-tax.]

Full price before tax for a round-trip flight from Kunming to Shanghai – which is roughly the same distance as Taipei from Kunming – is 3,800 yuan.

Kunming isn't the only mainland city getting new direct flights to Taipei, tourist city Xi'an and the business hub of Shenzhen will both have flights to Taipei by the end of this month, according to a TravelChinaGuide.com report.

The opening of flights between mainland China and Taiwan is expected to be a major step in improving ties between the People's Republic of China and Taiwan, which has been under separate administration for nearly 60 years.

Ironically it was recent negotiations between the Communist Party of China and the Nationalist Party aka Kuomintang – formerly bitter enemies who fought two civil wars before the Nationalists fled to Taiwan in 1949 – that led to the long-awaited opening of direct flights between the mainland and Taiwan.

Next step an Indian consulate Please!

I'd love to visit TW, but that's crazy expensive!!!! Should be good for KM economy anyway.

Usually if you aren't Chinese, you can't get the lowest prices for flights in China, but my foreign friends recently found a site www.bamboobookings.com that gets them the same lowest prices as native Chinese citizens. Highly recommend!