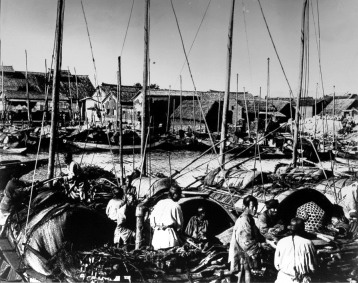 More than two thousand years ago when people began to build settlements in the area now known as Kunming, Dianchi Lake was the main source of life and livelihood, providing water for humans, livestock and crops. Over time, it also became an important transport link between Kunming and other towns springing up around the lake.

The city of Yuxi (玉溪), roughly 110 kilometers south of Kunming, was founded in 960. By the Yuan Dynasty, which was founded in the Thirteenth Century, trade between Kunming and Yuxi was flourishing. Lacking good roads and vehicles, traders in the two cities used sailboats to transport livestock and goods. Shipping goods between Kunming and the town of Jinning (晋宁) eliminated the need for slower horse carts for 40 of the 110 kilometers. 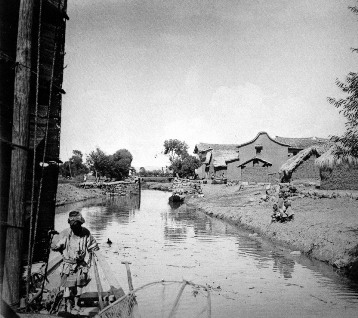 Water transport became increasingly important to Kunming, which undertook the major task of digging out the Daguan Canal (大观河) roughly 800 years ago. The canal extended Dianchi Lake's northern tip into what is now downtown Kunming, culminating in the pier known as Zhuantang (篆塘), which was located at the present-day intersection of Daguan Lu and Huancheng Xi Lu.

Today, things are different as roads and automobiles have made Dianchi an outdated transport option. Zhuantang is but a small park, the Daguan Canal has fallen out of use, and Dianchi Lake is known for being one of China's most polluted lakes rather than a 'sparkling pearl' as it was once called.

Paying a visit to the Cool Mountain Yi

Interesting, but I think it was not so much that the canal extended the lake northwards, but that the area north of the lake (much was is now the area on either side of Dianchi Lu) was shallow water and swamp land back then. It as, as far as I know, only during the 1960s that the dike at Haigeng Park was built and the area north turned into, actually pretty unusable, farmland, before becoming southern KM since the late 1990s.