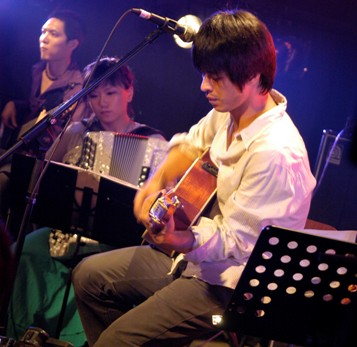 Originally from Zhejiang province, Zhong moved to Beijing in 1995 and began to write and perform of folk songs, some of which became well known when covered by Chinese pop acts such as Shui Mu Nian Hua.

In 2004 Zhong signed with Chinese label Taihe Rye Music and released his first solo album Beside the Road in 2006. He also played the Chaoyang Pop Music Festival in Beijing the same year.

Zhong Lifeng's show at Halfway House on Tuesday starts at 9:30 pm. Admission is 15 yuan per person.