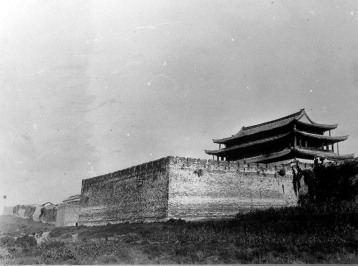 Built during the Ming Dynasty and demolished centuries later in 1952, Kunming's city wall is but a memory for those old enough to have seen it. For the rest of us, the wall lives on primarily in the form of street names.

Qingnian Lu, or 'Youth Road', was named after the youth who were hired to demolish the massive edifice. The wall was indeed an impressive architectural feat – it stood 13 meters high and contained an area roughly equivalent to that surrounded today by the first ring road.

The wall lives on today in more than just memory, even some laws and regulations are based upon the old wall. For example, sanlunche - the ubiquitous three-wheeled carts seen throughout Kunming and the rest of China – are not allowed to enter the area within the old city wall (chengnei, 城内) until after 6:00 pm.

As with many Chinese cities, the ancient practice of geomancy known as fengshui played a major role in Kunming's initial layout, and the city wall was a major part of that. Below is a highly detailed map drawn by French Consul Auguste François in 1900. 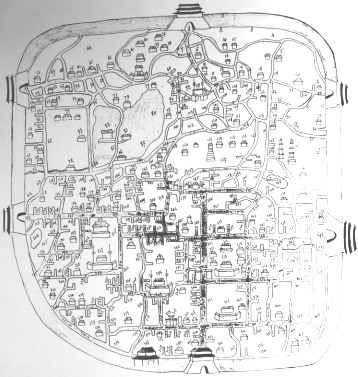 In this map of Kunming within the wall, certain Kunming landmarks still standing today are visible – Cuihu (Green Lake) is situated in the northwest quadrant, the opposing gates of Jinma Biji Fang are located just north of the south gate and the Dade Temple twin pagodas are located in the northeast quadrant.

With a little imagination, one can see the shape of a tortoise facing south – which is the idea behind the layout of Kunming and its wall. The photo at the top of this post is of the wall's north gate, which was supposed to be the tortoise's 'tail'.

Situated between what is now Yuanxi Lu and Yunnan University's east gate, the area to the left (east) of the gate in the photo is Yuantong Shan, where Yuantong Temple and the Kunming Zoo are located today. To the right (west) is present-day Yunnan University.

In 1900, the area outside of the north gate was much less pleasant than within the gate – the area primarily served as a dumping ground for garbage, as well as a burial ground.

The image below is a photograph taken in July, 2008 by GoKunming – 108 years after François recorded the north gate. The north gate is gone, replaced by the Yunnan Provincial Song and Dance Ensemble (云南省歌舞剧院). The only reminder that the imposing north gate once looked out from this hilltop is the name of the street - Beimen Jie, or 'North Gate Street' 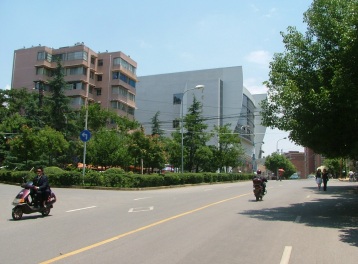 There is actually one last segment of the wall still intact. It stretches along the back of the restaurants in wenhua xiang that abut the Yunda foreign students dorm. The wall can be seen from some of those dorm rooms, and was visible from the street a few years ago when many of those restaurants were rebuilt.