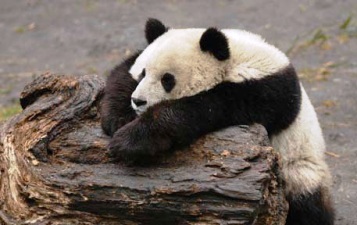 More than two months after the devastation of the 8.0 magnitude Wenchuan earthquake, the psychological scars of the earthquake and its aftermath are only beginning to heal for those who were affected by the massive tremor.

In addition to the millions of survivors in Sichuan, Gansu and Shaanxi provinces, the endangered giant panda, also known as China's 'national treasures' (国宝, guobao) are also recovering from the traumatic experience. China's largest giant panda breeding base at Wolong is only 30 kilometers from Wenchuan.

Initially the three pandas Si Jia (思嘉), Qian Qian (芊芊) and Mei Qian (美茜) – all females less than two years old – were transported out of Wolong to another base in Ya'an, Sichuan. Due to continuous aftershocks and landslides, it was decided that the pandas would be moved to Kunming, where it is hoped they will recover from what is essentially post-traumatic stress disorder over the next two years.

569arriving in Kunminghttp://www.clzg.cn/xinwen/2008-06/21/content_1428952.htmYunnan Wild Animal Zoo#http://www.gokunming.com/en/blog/item/58/tiger_fishing# in northeast Kunming, and are still jittery from the quake.

The Wenchuan quake was catastrophic for the Wolong reserve, where 150 pandas had been living. More than a dozen of the base's 32 pens were destroyed, five pandas went missing and one died.

Si Jia, Qian Qian and Mei Qian didn't come to Kunming alone, their zoo keeper Xiao Yi also moved to Kunming from Wolong. According to a Xinhua report, their keeper tries to soothe the three young pandas by saying nice things to them in the Sichuan dialect.

"When they feel safe enough, the three pandas will enjoy themselves in the playground," Xinhua quoted Xiao as saying. "They roll all the way down the slope and stack themselves up, one on top of another, but they are extremely scared of loud noises." 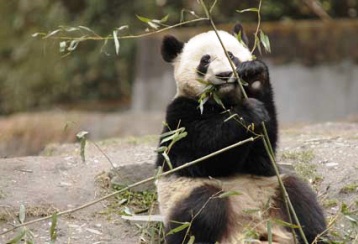 According to Xiao, recent thunder in Kunming has had a startling effect on the pandas, who are having the same reactions to thunder as they did to the aftershocks and landslides in Sichuan.

There are plans to build a new Wolong panda base, this time in Huangcaoping, Sichuan. Required investment for the project is estimated at two billion yuan (US$290 million). The new base, proposed by the Wolong reserve, Peking University and the Chinese Academy of Sciences, is expected to feature a panda laboratory, panda hospital, a 1,500 square meter cub pen plus a bamboo cultivation area.

Kunming's three pandas will have to wait if they want to move back to Wolong – if approved, the project is scheduled to be completed in 2015.

Xiao Yi, we wish you much success with Si Jia, Qian Qian and Mei Qian. Their recovery is important and we are watching and praying for the best future these little precious ones can have!