By Vera van de Nieuwenhof in Features on September 23, 2019 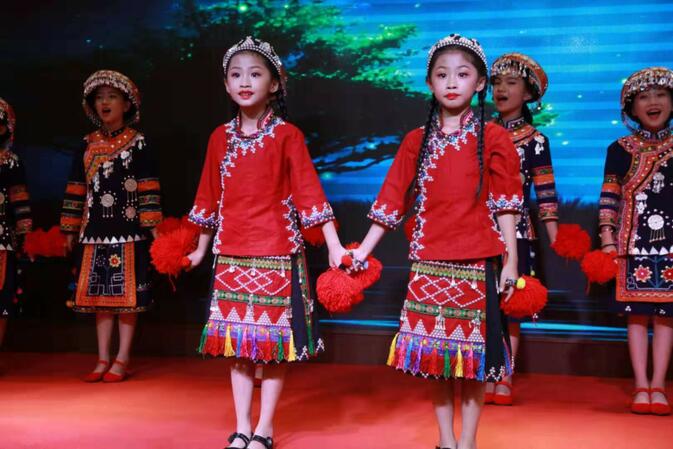 Last Friday, a well-attended press conference was held at the Horizon Hotel (昆明天恒大酒店), to announce what is already the 15th edition of the Mojiang International Twins Festival (墨江国际双胞胎节). This year's festival will be combined with the celebrations of the 40th anniversary of the founding of the Mojiang Hani Autonomous County and the Hani Sun Festival. On November 28th and 29th, identical siblings from all over the world will be celebrated in Mojiang, the town that straddles the Tropic of Cancer.

Before we enter the venue, we already see pairs of identical Hani twins walking around the neighborhood, dressed in beautiful traditional outfits. When we enter the plush press conference room, we are gifted a Pu'er tea cake, from the ancient tea trees surrounding Mojiang.

The conference kicks off right on time. Our host, in a beautiful shimmery dress, introduces the Mojiang leaders that are present. Then Yang Jianzhong, deputy secretary of the Communist Party of China's Mojiang Hani Autonomous County Committee, delivers a speech to the attentive audience. 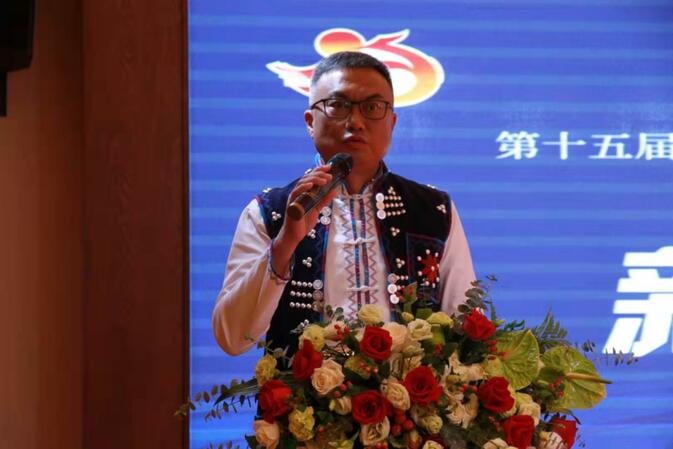 The speech is followed by a beautifully haunting moon song from a Hani singer. Next we hear a jingle-bells like tinkling, and a pair of young twin Hani girls in minority outfits enter the stage, accompanied by children who do a snappy dance routine with red pompoms. 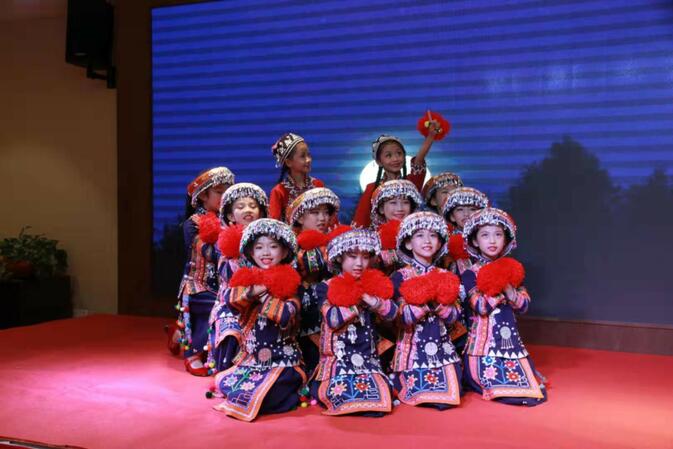 After the performance, the girls (Hua Ma Chiya and Ma Chien-ho) are introduced as the face of this year's twins festival, with a game of 'guess the eldest' for the audience. 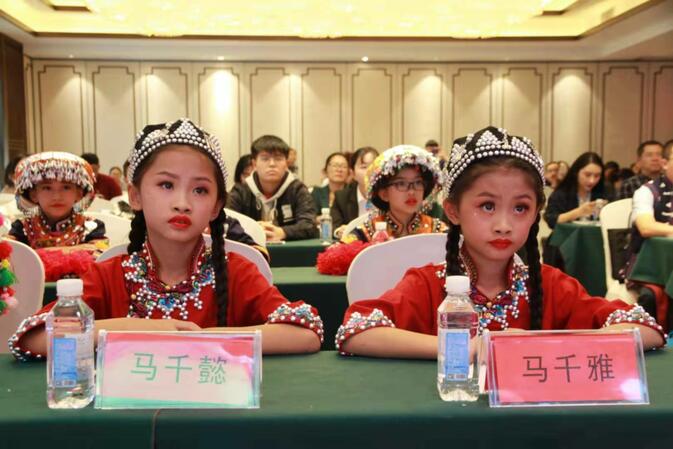 Finally, the festival is officially announced, with three more sets of twins coming on stage and revealing this year's themes, and an invitation for twins from all over the world to come and attend the festival. The press conference concludes with a round of questions from the audience for the panel of leaders. 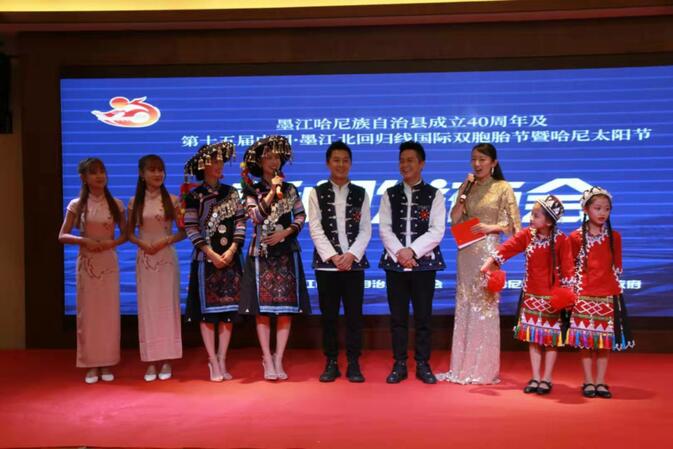 Nestled among subtropical mountains somewhat near the Vietnamese border, Mojiang is known for producing high-quality tea products and for its year-round warm weather.

The city once known as Gongshun (恭顺) or Helang (他郎) became Mojiang (墨江) in 1915. In 1979 the Mojiang Hani Autonomous County was established.

Just like the '18 oddities of Yunnan', Mojiang boasts some remarkable phenomena. The first oddity is that the city located right on the Tropic of Cancer, some 270 kilometers south of Kunming in the Pu'er (普洱) prefecture. In a commemorative park, located on a steep rise, you can hop across the geographical line into the tropics. 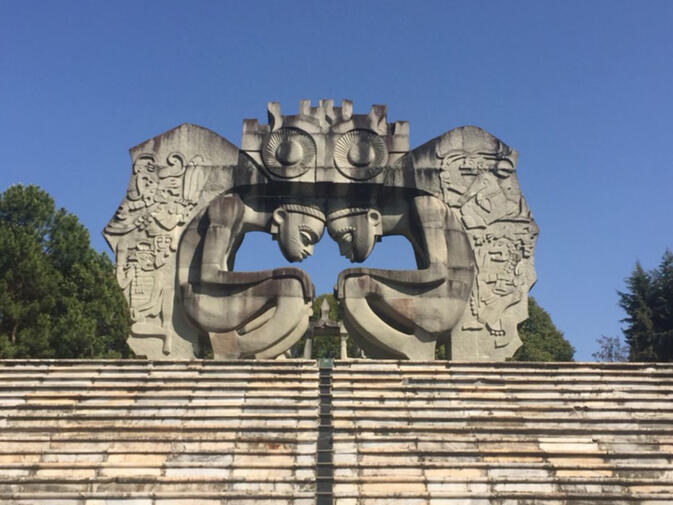 As the name indicates, the Mojiang Hani Autonomous County is home to the Hani and a few more of Yunnan's 25 officially recognized ethnic minorities, for instance the Bulang and the Yao. Furthermore, it is the cradle of another kind of minority: The population of the prefecture boasts an extraordinary number of identical twins.

It is the region's exceptionally high percentage of twin births that draws visitors to otherwise quiet Mojiang. Monozygotic or identical twins, make up about 0.3 percent of the world population and dizygotic — or non-identical — twins occur in about 1.5 percent of births worldwide. In Mojiang the incidence of twin births is much higher and occurs about 25 percent more frequently than in the rest of the world.

No one knows why this happens, and contributing factors such as inherited genes, the climate, and local well water with magical properties have all been put forward as explanations. These legendary twin wells are located in the nearby village of Hexi (河西村), where 100 families have given birth to ten sets of twins. Tales abound in local folklore, recounting how one pair of twins hass transformed into two magic wells. The wells are a popular destination for newly-wed couples wishing for offspring, as the water is believed to boost fertility.

Since the establishment of the Mojiang Hani Autonomous County In 1979, it has made a steady economic rise. In 2018 a GDP of 6.534 billion RMB was achieved, an increase of 23 times the GDP of 1979. It is an indication of significant progress in the fight against poverty and the pace of change that is taking place in rural Yunnan. The National Civil Affairs Commission and the Ministry of Civil Affairs, therefore, see reason to celebrate the 40th anniversary of the founding of the county.

At the press conference last Friday, this year's festival themes were introduced. As it will be a combo of celebrations many things will be featured on the festival program.

Predominant motifs are promoting the regional culture on the Tropic of Cancer, showcasing the unique Hani minority style, highlighting the geographical characteristics of the county and the charm of twins, as well as celebrating the rising prosperity and changes of the autonomous county in the 40 years since its establishment. 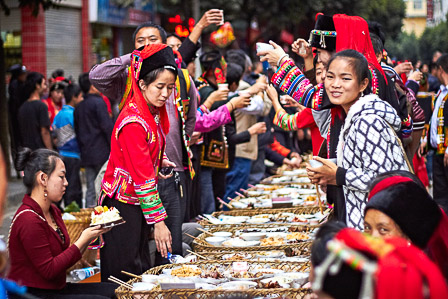 Exhibitions showcasing the achievements as well as folk art will be part of the program, as well as other themed activities. An impression of previous editions of the festival can be found here.

We asked some of the attendees if they would go to the festival. Hugo replied:

"I would like to go and find out why so many twins are born in Mojiang. It is a mystery to me'

The festival will take place on November 28th and 29th.

Transportation to the Mojiang International Twins Festival is easiest by bus. A one-way ticket to Mojiang cost 120 yuan and buses leave from the South Bus Station every half hour between 8am and 6pm. Event organizers recommend advance booking at either the Mojiang Twins Hotel (phone: 4333888) or the Zijin Hotel (phone: 4232940). Rooms cost roughly 500 yuan per night due to high occupancy rates caused by the festival. 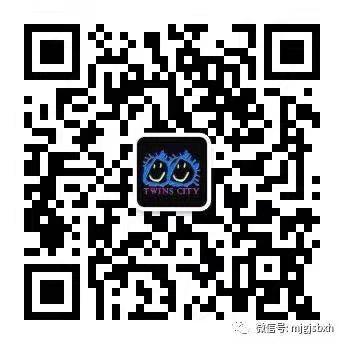