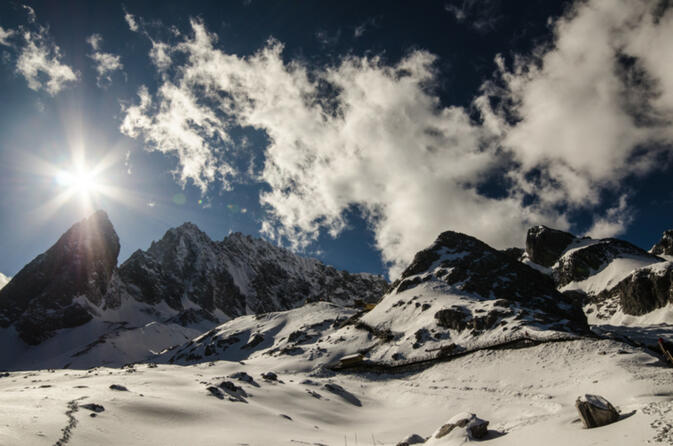 A large landslide thundered down the slopes of one of Yunnan's most iconic peaks earlier this week. Jade Dragon Snow Mountain in Lijiang Prefecture is not typically beset by dangerous avalanches, and this one — a huge plume of dust, ice, snow and rock that blanketed an entire valley — may have raised eyebrows but caused little lasting damage. No related injuries have been reported.

The landslip occurred May 3, on an area of the mountain called Ganheba (干河坝). It sits to the northeast of the town of Baisha (白沙) and is not populated or typically frequented by tourists. In fact, despite the size of the debris cloud generated, the event was apparently captured by only one person on a short cell phone video shot from far away.

Lijiang City (丽江市) disaster management authorities immediately conducted a quick canvas of the area, but turned up no reports of missing persons or any property damage. The relevant government mouthpieces then released a brief statement assuring tourists and locals that the affected region was not inside either the immensely popular Jade Dragon Snow Mountain Tourist Area or its related development zone. 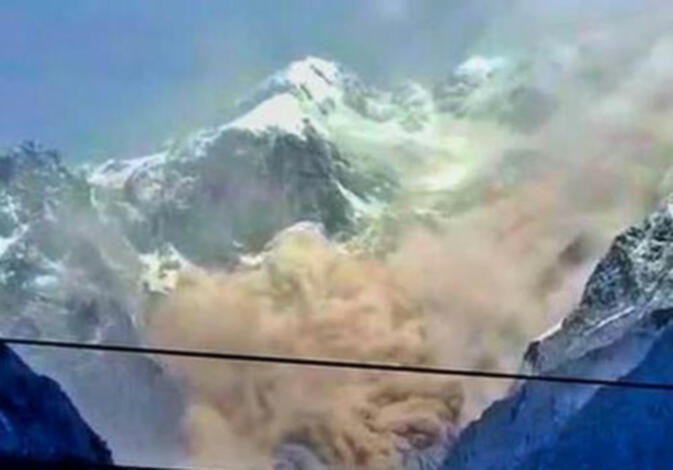 Nonetheless, the valley containing Ganheba has been officially closed to the public as geologists work to ascertain the stability of the surrounding slopes. Earthquakes are not uncommon in Lijiang where Jade Dragon Snow Mountain sits. However, the cause of the landslide was almost immediately ascribed to repeated cycles of groundwater freezing and thawing that eventually eroded and cracked canyon walls.

Scientists sent to Ganheba are now tasked with identifying any other potentially dangerous slopes and clearly marking them off limits to the public. The heavily visited tourist areas on Jade Dragon — including cable cars leading to the peak — were entirely unaffected by the landslide and avalanche.

The last landslide of this magnitude, according to local news reports, occurred in 2004. However, geologists remain wary that a rapidly changing climate — leading to the largest glacier on Jade Dragon Snow Mountain melting faster than almost any other on the planet — could lead to more unpredictable events like the one on May 3.