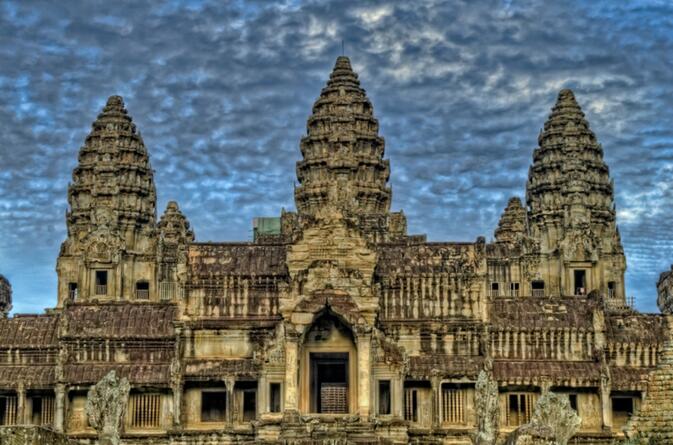 Yunnan's provincial government is looking to strengthen ties with its Southeast Asian near-neighbor, Cambodia. Recent activity in this vein has included a slew of business and investment agreements, as well as a visit to Phnom Penh by Yunnan's top-ranking politician, Chen Hao (陈浩).

In 2018, Chinese Premier Li Keqiang signed 19 bilateral agreements with various Cambodian cabinet members. Those documents included commitments to increase investment capital numbers to the Kingdom as well as setting a target of sending at least two million Chinese tourists to Cambodia annually by 2020.

Yunnan, it appears, is more than happy to jump on this bandwagon, spurred on by Chinese President Xi Jinping's declaration that "The solution to Yunnan's further development is to take advantage of its regional position and guarantee it is opened up". During his late March visit to Phnom Penh, Chen Hao pledged to keep investment and development money flowing into Cambodia.

In a meeting with the Kingdom's president, Hun Sen, Chen emphasized new bilateral projects involving Yunnan would likely revolve around the sectors of infrastructure, investment and commerce. But such industries were not Chen's only focus. He also told Cambodian Foreign Affairs Minister, Prak Sokhonn, the he "welcomes more Cambodian students to come and study in Yunnan, and will provide scholarships for them".

More than two dozen Yunnan firms have so far sunk a combined 13.5 billion yuan (US$2 billion) into projects across Cambodia. The largest of these is the design and construction of a new airport by Yunnan Development Group in the Cambodian resort city of Siem Reap — famous as the gateway to Angkor Wat. When finished in 2022, the US$1 billion facility will be able to accommodate ten million people annually.

China and Cambodia first established diplomatic relations 61 years ago in 1958. Those ties strengthened considerably in the 1990s and continued to grow throughout a ten-year period of sanctions by Western democracies in the early 2000s. A new round of trade restrictions aimed at Cambodia appears forthcoming from the European Union over human rights concerns. Any such action may push the country even further into China's orbit, with Yunnan as the main beneficiary.