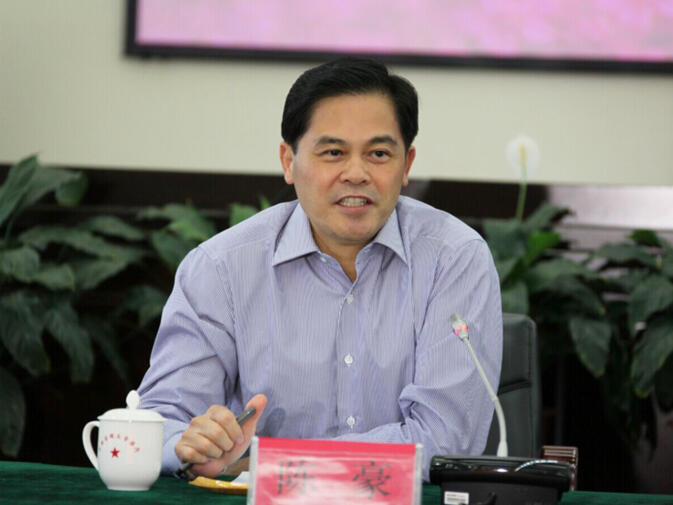 Beginning this past weekend, Yunnan has a new top boss. Jiangsu-born Chen Hao (陈豪) was named to both of the province's top posts on August 28, following nearly two years of political grooming. The decision was the work of China's Central Committee and announced via state-run media. The pronouncement coincided with similar appointments in both Hunan and Tibet.

As Party leader and governor, Chen will now oversee Yunnan's budgetary and political course, which is no small task. The province is in the process of adapting its economy, putting more of a focus put on attracting green companies while retooling and improving its behemoth tourism industry. In addition to those responsibilities, Chen — whose educational background is in economics and business — will need to help further position Yunnan as China's conduit to Southeast Asia.

This last task is both literal and figurative. The province borders Laos, Myanmar and Vietnam, all of which are in the midst of working on enormous infrastructure projects — often funded by China — designed to stimulate regional trade and commerce. Chen will also be required to liaise with Association of Southeast Asian Nation governments on a host of issues including illegal trafficking, environmental policy and possible renewed encroachment into the region's political sphere by the United States.

Typically in China, a Party secretary is shadowed by a government counterpart. Previously, Yunnan's top man and Party boss was Qin Guangrong (秦光荣), with governor Li Jiheng (李纪恒) ranking just below him in terms of authority. Qin was somewhat surprisingly removed from office for no officially acknowledged reason in 2014, with Li taking his place. Now, Li himself has been removed, replaced by Chen, his protege of the last two years. News reports say Li will "receive a new post".

Chen held the office of governor with an interim tag for the past 16 months while being prepared for his new position. High government appointments rarely come with explanations attached, and the 62 year-old Chen's rise in Yunnan is no different. His simultaneous elevation to the province's two most important jobs was announced in short, matter of fact articles containing little more than his political resume.

The apparent consolidation of power may be a reaction by Beijing to the past three politically turbulent years in Yunnan. Official after official has been removed for corruption or fraud over that time, including a who's who of Yunnan's top politicians who served over the past decade and a half. Coincidentally, Chen's promotion was made public just three days after Qiu He (仇和), once a rising star in the provincial government, was put on trial for accepting millions in bribes.

my goodness he looks good for 62! Is that a mistake?