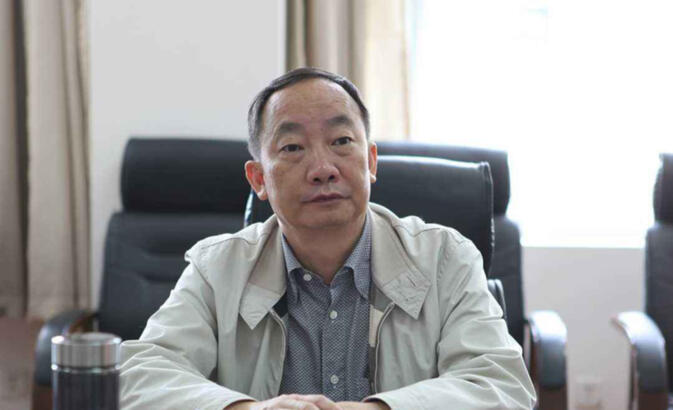 Five or ten years ago, a story such as the one surrounding Jiang Zhaogang (蒋兆岗) might have seemed surprising or even bizarre before the nationwide crackdown on corrupt began six years ago. In 2018, the only unexpected aspect of this narrative is that the suspect apparently remains at large. Jiang is president of a large university in Yunnan. He is also currently a man wanted by provincial authorities who has all but disappeared since a warrant was issued for his arrest nearly a week ago.

Jiang has been the head of Southwest Forestry University (西南林业大学) in Kunming for the past two years, following an earlier career many would envy. However, on May 10, police issued a 'wanted order' for Jiang. It was accompanied by offers of a 50,000 yuan reward for those offering up tips as to his whereabouts, or 100,000 yuan for information relating directly to his arrest.

Typically when the police issue these types of warrants, they include a litany of offenses or the ominous phrase "under investigation on suspicion of serious disciplinary violations". Neither is present in the circular created concerning Jiang. However, a former colleague of Jiang, and fellow Party member, was recently arrested on corruption charges, leading Chinese media outlets to speculate Jiang faces similar accusations.

The term "serious disciplinary violations" is more often than not code for cases involving government fraud or bribery. Public conjecture surrounding Jiang's wanted status does not involve his time at Southwest Forestry University, an institute of higher learning with nearly 18,000 students. Instead, most believe he ran afoul of the law while serving as Communist Party chief at Yunnan Rural Credit Cooperatives (YRCC).

The 53 year-old Jiang headed the financial institution — which specializes in lending services in small villages — for five years beginning in 2011. During his tenure at YRCC, Jiang worked alongside a deputy named Luo Min. She was recently detained by police for the aforementioned "serious disciplinary violations". Jiang was last seen in public on May 9 giving a tour of his university to high-ranking Yunnan Party cadres. Jiang's profile page on the Southwest Forestry University's official website has been removed. 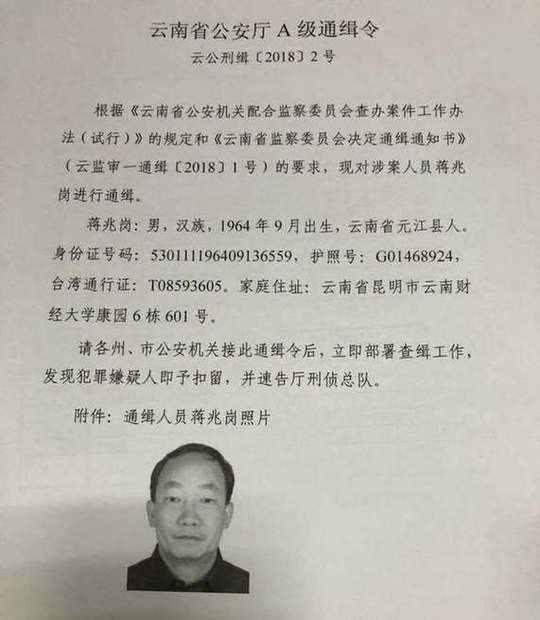