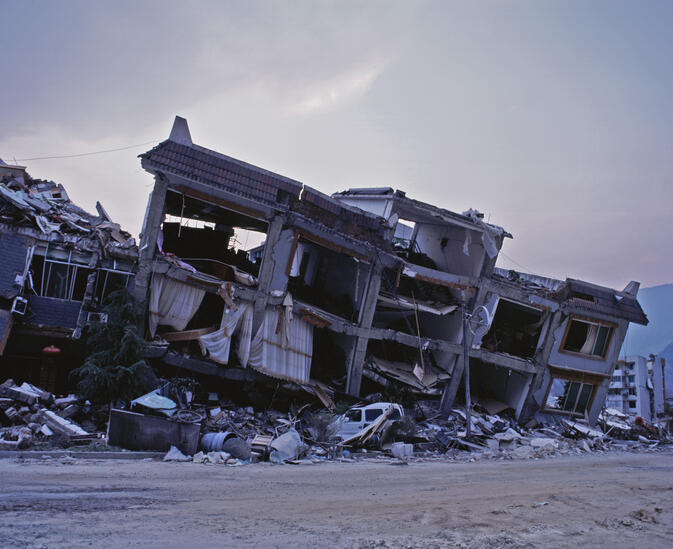 China began an ambitious seismic prediction pilot program this week in hopes of creating a national earthquake warning network. Experimental work on the system will be conducted in Sichuan and Yunnan provinces, and include installing a huge web of interconnected sensors designed to measure "stress and energy dynamics" deep below the surface of the earth.

The "cloud imaging" system was designed by seismologists working at a Chengdu-based organization called the Disaster Reduction Institute. Head of the institute, Wang Tun, announced at a May 7 press conference that the company plans to bury 2,000 specially designed sensors in the most earthquake-prone areas of the two provinces.

Once the network is complete, scientists will be able to monitor, in real-time, tectonic activity taking place between eight and 20 kilometers underground. The end goal is to develop the capacity to accurately predict earthquakes of magnitude 5.0 and higher before they happen. Wang told reporters he expects scientists involved in the project may one day be able to predict strong quakes up to three weeks in advance.

The pilot period is expected to conclude by the end of 2019, at which point the program — assuming it has been proven efficacious — will be adopted nationally. Wang explained that the grid of sensors operates by making "maps" of underground activity.

By creating such schematics, seismologists expect to be able to use data generated by the "three to five magnitude 5.0 earthquakes that strike the region each year", and then create predictability analytics.

The project's first sensor will be ceremonially placed in Wenchuan (汶川), Sichuan on May 12. The date is ten years to the day since an 8.3 magnitude earthquake with its epicenter in Wenchuan devastated much of central Sichuan. Official estimates place the number of dead and missing from the quake at above 69,000, with millions of others left homeless at the time.

The region has since largely been rebuilt, and a stunning architectural monument to those who lost their lives now stands where the temblor was at its most intense. Wang, his research team and government sponsors are now working furiously to find a way to prevent any future repeat of such a tragic event.