By Benjamin Campbell in Travel on February 21, 2018 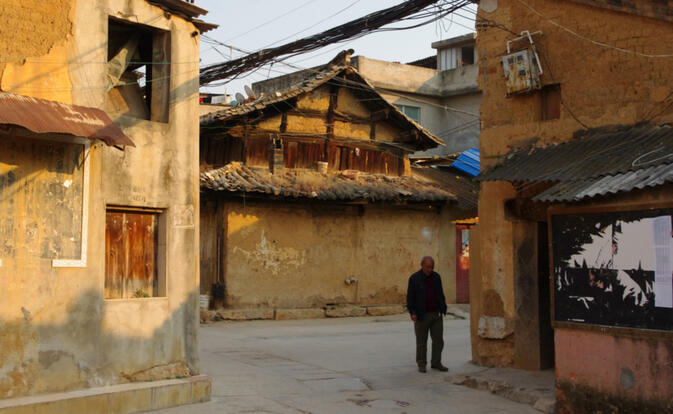 In spite of a decade of furious construction, the past has not completely been wiped away in places like Chenggong. Once known as a giant investment in land and concrete that verged on the absurd, Kunming's southern district is today showing signs of life. 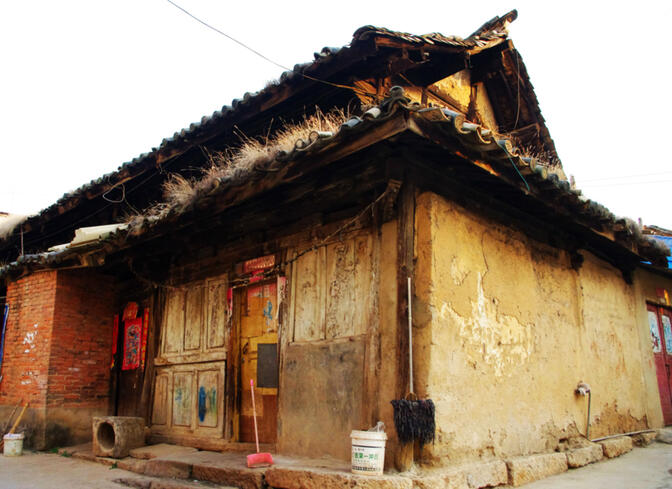 But some of that life is not of the imported or transplanted variety. No, the area where universities have sprung up like so many mushrooms was once a collection of venerable villages composed of mud-brick homes, temples and tiny little shops. 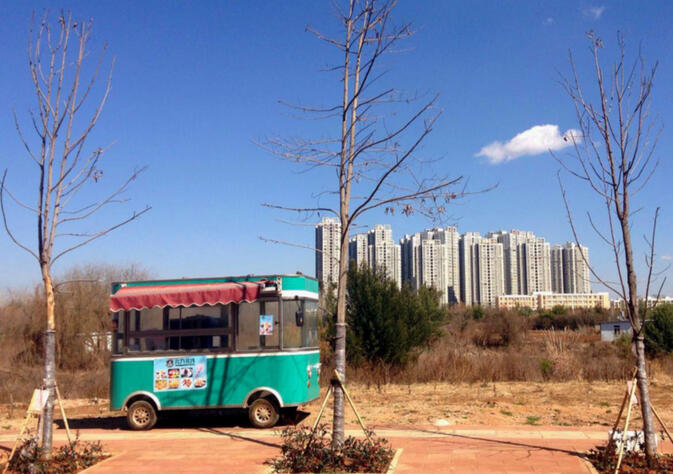 If you wander long enough amid the 30-story apartment towers, past the incongruous views and sift through enough rubble, it's possible to stumble upon a place like Big Fishing Village (大渔村). 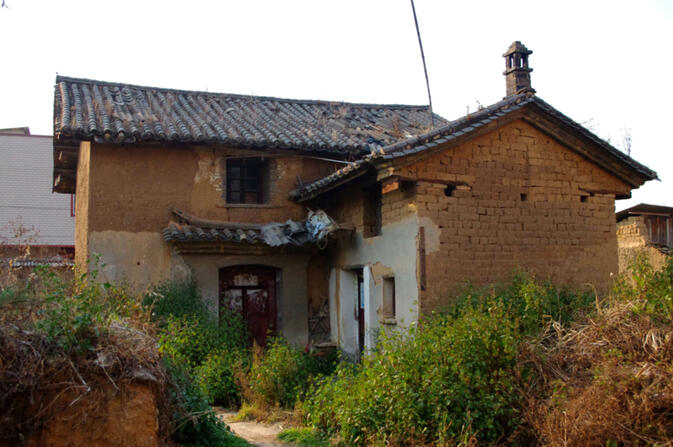 Other than the enormous bundles of black electrical cables strung between buildings, not much seems to have changed there in a very, very long time. 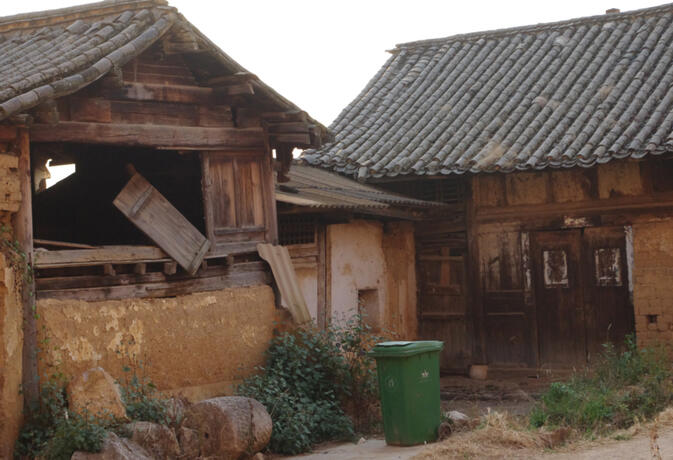 That may be changing soon, as the little town — like so much else on the eastern shores of Dianchi Lake (滇池) — is rumored to be facing imminent demolition. 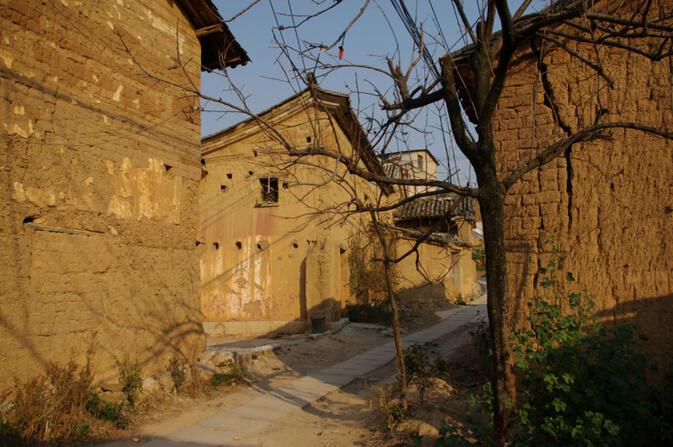 If the seemingly insatiable developers have their way, the entire stretch of lakeshore leading to Jinning (晋宁) will someday be flattened, paved and reborn as high-end developments. 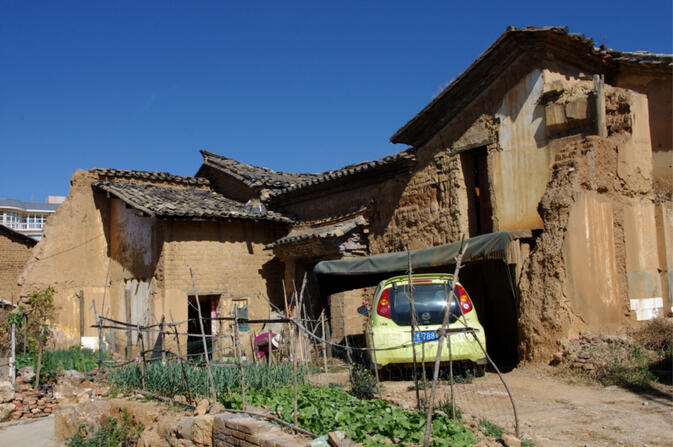 But for now, Big Fishing Village still stands, and we, at least, are happy it does. 'Quaint' doesn't quite do the place justice, although the simple joy of seeing a 2017 model car parked in front of a 100 year-old tumbledown adobe brick house is undeniable. 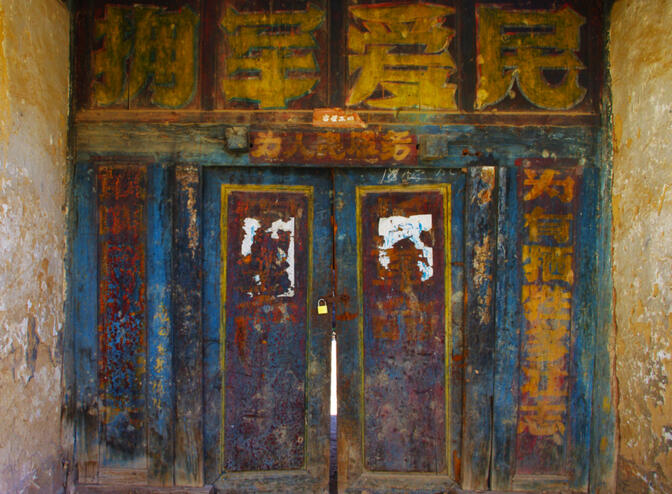 Although outwardly looking a bit dilapidated, some of Big Fishing Village's larger homes must have once been quite stately. 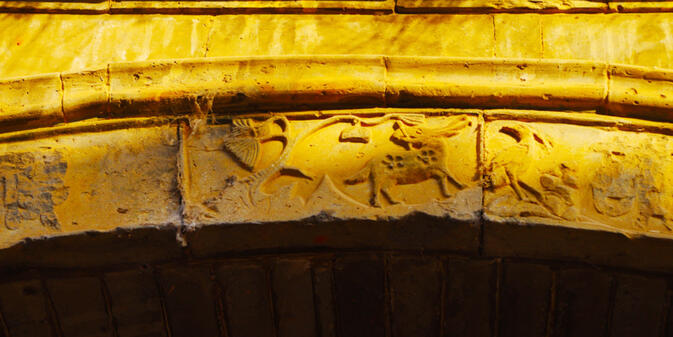 Some of the houses still contain their original wooden doors, while others have little details and flourishes above their entryways or around the windows. Most of the residences are sealed up tight, but on the off chance someone is coming or going, you can glimpse big sunny courtyards within. Tiled roofs, some of them much worse for the wear, sport the requisite growths of weeds or grass that are a marker of great age everywhere in the province. 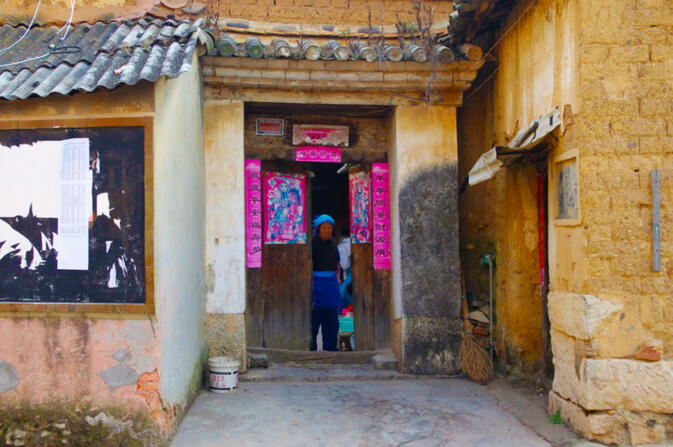 It isn't all mud-brick homes, as some white-tiled three-story jobbies create a tiny little skyline in the village. But more often than not, the buildings are decidedly old. 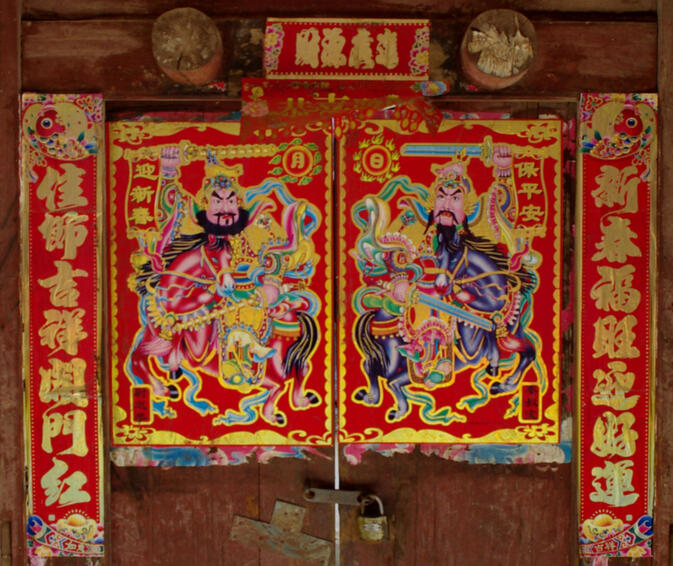 These are sights supposedly reserved for Yunnan's old towns that tourists flock from afar to see — a way of life only to be found in picturesque countryside hamlets replete with the bleating of goats. But this is Kunming, proud capital city of a province of 48 million souls. Perhaps that's why someone wants this place torn down, because it doesn't fit the plan. It's too bad no one on the development committees ever realizes places like Big Fishing Village are valuable — at least to us silly foreigners — precisely because they stand in stark contrast to the plan. Maybe no one got the memo. If you'd like to visit Big Fishing Village before it's gone, it sits about 3.5 kilometers west of the final stop on Metro Line 1, University Town (South) Station. Look for the intersection of Gudian Lu (古滇路) and Yüyang Lu (渔阳路) behind the Sino-Australian International Middle School.

The village has now been completely levelled except for one historic temple. Development on an upmarket estate has begun.

What else would it be?

I hope its a good choice to level the town. Just saying