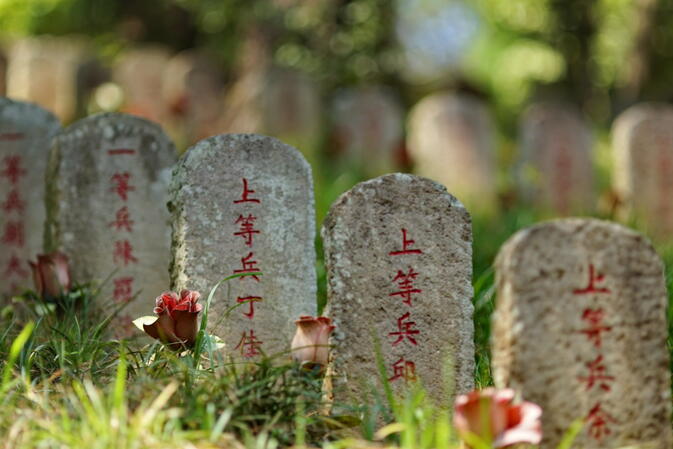 Seventy-two years after its creation, the National Cemetery for the Fallen of World War II was added to China's 2017 'twentieth century architectural heritage' list. The announcement was made by the Chinese Academy of Cultural Relics and the Architectural Society of China earlier this month.

The cemetery is located on Laifeng Mountain (来凤山) in the western Yunnan city of Tengchong (腾冲). The memorial and graveyard were originally dedicated in July 1945. Together, they commemorate the deaths of nearly 10,000 Chinese servicemen who died retaking Tengchong in the summer of 1944 following a two-year Japanese occupation.

The graveyard was chosen as a national architectural heritage site because of its historic importance and because it "raises public awareness" of past building styles and design techniques. Reached by phone, Yang Suhong (杨素红), director of the memorial, told GoKunming, "The cemetery shows the gratitude of the people of Tengchong". She also said the national recognition was an "honor for the cemetery". 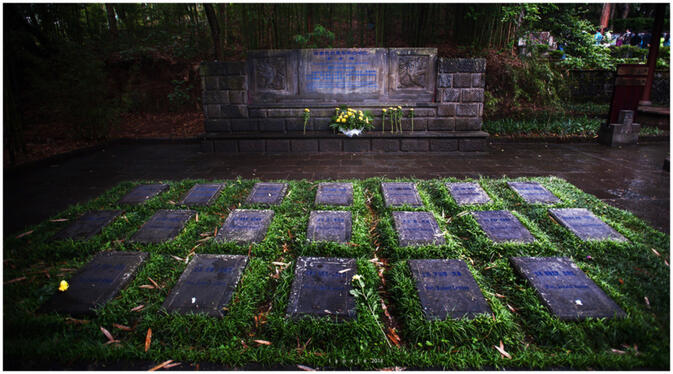 The Cemetery for the Fallen (国殇墓园) contains more than 3,000 gravestones neatly arranged along a sloping hill. Each marker is engraved with the name, place of birth and military rank of an individual soldier. Also included in the collection of graves is a stand-alone memorial for the 19 American servicemen who died in the battle for Tengchong. At the foot of the hill sits Zhonglieci (忠烈祠) — The Martyr's Shrine — where the names of 9,618 Chinese soldiers killed retaking Tengchong are carved into the stone walls.

Over the past 70 years, the memorial and park have received support and upkeep funds from both the provincial and national governments, but Yang is unsure if the newly bestowed designation comes with any attached preservation funds. On this account, she and her colleagues are "still waiting for further information".

Meanwhile, the war memorial staff continue to welcome visitors each day. Entry, says Yang, is free. She and her colleagues are busiest during China's annual Tomb Sweeping Festival, when they invite veterans to give speeches to local students and otherwise "enlighten the public" about the region's history. The national cemetery becomes only the second architectural heritage site in the province, joining the Yunnan Military Academy in downtown Kunming, which was also selected this year.

Was there in passing Monday and had dinner in the old town. I would've gone to this area as well had I known, for it's historical importance alone and to show some respect for the fallen of war.

The 70 years of support for the upkeep is not quite right. The cemetery was quite neglected during the communist time because it was honouring KMT soldiers. The Yunnan historian Ge Shuwa found it back in a rather neglected state. Since then, as well because of the changed political climate, things have changed; the place is under protection and during the last couple of years the stone engravings have been neatly painted red again. Since a few years the ground contains as well a memorial hall which is one of the better museums of Yunnan that not only tells the story of the battle for Tengchong but as well all about the Chinese Expeditionary Force and the battles to reopen the Burma Road again. In the garden you can find statues of both Stilwell and Chennault brotherly standing next to each other. In reality they hated each others guts.